BALTIMORE (RNS) — Sharing how he has coped after his son’s suicide last year, megachurch pastor Rick Warren urged Southern Baptist pastors on Monday (June 9) to let their times of suffering be acts of ministry. 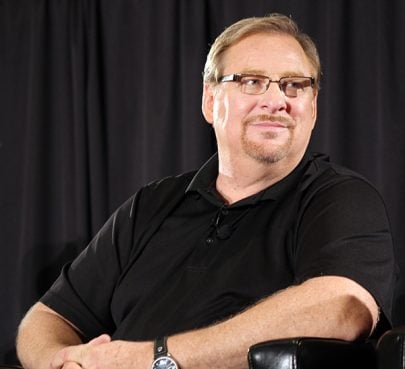 Megachurch pastor Rick Warren took part in a panel on religious liberty sponsored by the Southern Baptist Convention’s Ethics and Religious Liberty Commission immediately after speaking at the last session of the SBC’s Pastors’ Conference in Baltimore. RNS photo by Adelle M. Banks

“Behind every publicly successful ministry, there is private pain,” Warren said at the Southern Baptist Convention’s Pastors’ Conference. “Pain is God’s megaphone. There is no testimony without a test. There is no message without a mess. There is no impact without criticism.”

Warren’s son, Matthew, 27, who suffered from mental illness, killed himself five days after Easter in 2013.

“If your brain doesn’t work right and you take a pill, why are you supposed to be ashamed of that?” Warren asked. “It’s just an organ, and we have to remove that stigma.”

Warren, pastor of Saddleback Church in Southern California, urged his fellow Southern Baptist pastors to draw close to others when they are suffering. He said a small group of men were on the scene within half an hour to comfort him when Matthew died. They were the same people he met with in their times of crises.

“The more intense the pain, the fewer words you should use,” he said. “You need to show up and shut up.”

As Warren closed his sermon, he knelt before the crowd and invited pastors to come forward for prayer if they were suffering with someone who is mentally ill or if they were facing other problems.

One Eye Squinted
Can the Southern Baptist Convention be saved?
Follow us on Facebook!
Submit your photos to RNS