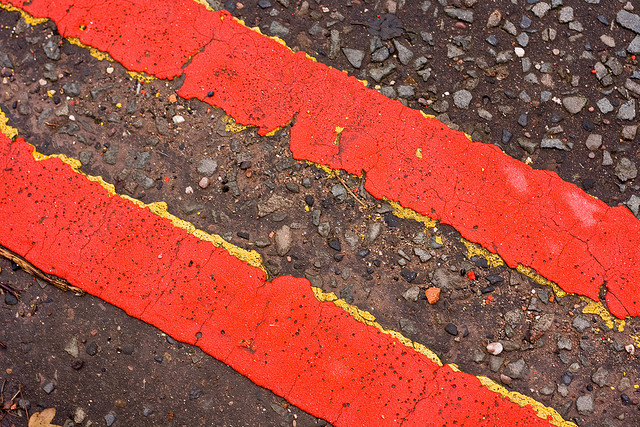 Whether you’re a blogger, Tweeter, professional journalist or all of the above, covering religion can be tough. Anything we write is bound to rub somebody the wrong way---just look at the comments below some of my posts.

But while the online wrath of anonymous strangers can be annoying, I’m fortunate not to face imprisonment, fines, torture or death when reporting on sensitive or taboo topics related to religion---at least when I’m publishing from the U.S. and London. Many of our international colleagues who face such consequences self-censor for their own safety, and who can blame them?

The most obvious restrictions reporters face in some countries are legal ones. Constitutions and laws prohibiting apostasy, blasphemy and defamation of religion are often used to muzzle the press and free expression.

Some journalists also fear social and political backlash when broaching religious topics. Pakistan hasn’t executed anyone for blasphemy in recent decades, but people are still being killed by vigilantes accused of the crime. In Nigeria, Boko Haram has bombed media outlets and murdered journalists for “distorting” portrayals of the radical terrorist group. And in the Netherlands, some media professionals are still afraid to cover religion after an Islamist murdered one of their colleagues in 2004.

Reporters also take their economic livelihoods into account. Websites that discuss religion in Brunei must register with the government or face up to $200,000 in fines. In Jordan, journos face fines of up to $40,000 for denigrating religion. And in Ireland, blasphemy fines top $30,000.

Faced with these legal, social, political and economic constraints, how can journalists and bloggers responsibly cover sensitive religious issues in their countries and abroad while staying out of trouble?

In order to push the limits, you first need to understand them. Freedom of expression is egregiously undervalued in many countries. Brush up on local laws and cultural sensitivities before traveling so you know what’s taboo before getting yourself in a bind.

2) Let sources say what you can’t

Include alternative voices in your reporting---people who can express ideas and opinions you can’t or who represent identities that are often absent or distorted in the press. This might sound like a basic principle of good reporting---it is---but it’s also a powerful way to air dissent and to highlight local controversies and debates. Just be sure that including such quotes isn’t likely to endanger you or your sources.

If you care more about reporting the facts or stating your opinions than you do about seeing your byline, consider writing anonymously or pseudonymously. Don’t think for a second that doing so will make you totally untouchable. If you’re reporting on sensitive issues you should take every precaution to avoid being traced, tracked or identified. If you fail to do so, you’re not only compromising your own safety but also that of your sources. Start with some basic online privacy tips from the Electronic Frontier Foundation, Tor, Privacy International and Access Now.

Hardly ideal, but reporting from exile is often a necessary option. If journalists and citizens are unable to cover sensitive religious topics from within their countries, they might choose to safely, securely and anonymously feed information to outsiders who have large international followings. Diaspora journalists living and working abroad still need to consider the safety of family, friends, colleagues and sources back home. IranWire is a great example of this kind of reporting.

5) Write between the lines

If you’re mainly worried about automatic keyword censorship online, get creative. Netizens in China have long referred to the Tiananmen Square incident of June 4, 1989, as “the thirty-fifth of May.” Such obfuscation is usually just a stopgap until the censors catch on, but if your readers know what you mean, go ahead and give it a shot.

I can’t emphasize this point enough, so I’m including it again. Before you can dance around the red lines, you need to know where they lie. Know before you go, and use common sense.

This is a rough-and-ready guide drawn from a talk I gave in March at the International Media Conference in Burma. For more perspectives from China, Pakistan, Saudi Arabia, Russia, Denmark and further afield, watch the Newseum event we hosted in April.

Remember that these are tips, not rules. Don’t come Tweeting at me if you end up in jail. Or do, and I’ll write about it.