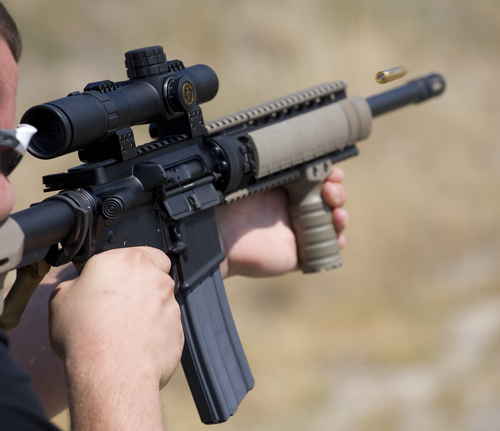 News has begun trickling in that the 15-year-old Portland school shooter was a Mormon, a deacon who was "very serious about his church" and "highly regarded for his spirituality," according to KGW.

The Huffington Post reports that Jared Michael Padgett, who killed a fellow freshman in the locker room Tuesday and wounded a teacher before turning his gun on himself, "was a straight-arrow kid who had a fascination with guns, planned a career in the military and was deeply devoted to his Mormon faith."

One of six children, Padgett is described as polite, well-behaved, and quiet. A family friend from Padgett's ward [Mormon congregation] told USA Today that he "never suspected that he [Padgett] had serious problems" and "saw Jared at church every Sunday."

The UK's Daily Mail paints a more sinister picture of a teen who was obsessed with guns and lost his temper last week when he made a school presentation on a book about Adolf Hitler and classmates questioned his interpretation that the Holocaust happened for a reason.

According to that article, Padgett had "liked" the Facebook pages for groups such as "Conservative American Military Veterans Against Barack Obama" and "We Will NOT Be Disarmed." Moreover,

These strong pro-gun opinions may have been inherited from his family. His brother-in-law Andrew Cooper wrote on Facebook that school shootings could be prevented with more armed guards.

'Dear President Obama, here, I'll help you out to create jobs a little, oh and more importantly- SAVE LIVES; advise the states to employ at least 2 specially trained police officers to constantly patrol all school campuses from kindergarden [sic] through all colleges. Duh,' Cooper wrote in December 2012.

Given the multiple weapons and nine (!) magazines of ammunition Padgett brought with him to school that day, it is likely he initially intended a large-scale mass shooting.

My heart goes out to the victim's family, and also to Padgett's, whose parents and siblings must be reeling with horror and shock.

But what will it take for Americans in general (and perhaps Mormons in particular) to stop the insanity and admit that there need to be reasonable limits on the availability of guns in this country?

How many children have to die?