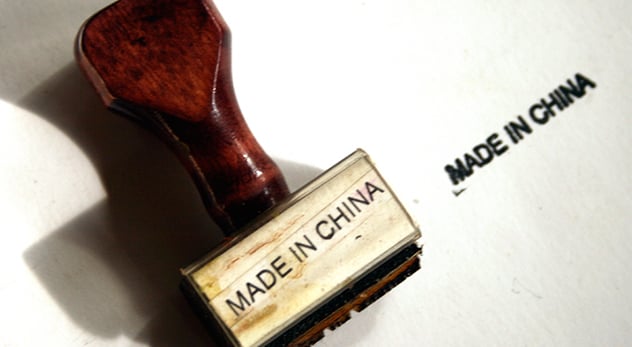 Conservative Christians hail Hobby Lobby as a defender of morality and freedom, but they are funneling millions to a country that flouts human rights and religious liberties. ERLC’s Russell Moore responds to claims that this compromises the retail giant’s credibility. (Photo courtesy of Christopher Cozier – http://bit.ly/UEwodr)

Today at The Week, I published a column titled, “Stop calling Hobby Lobby a Christian business” in which I discuss the ethical implications of their business dealings with China.

“Every time you buy a decorative platter from Hobby Lobby with a Bible verse stamped across it, you have funded the company’s fight against the HHS contraception mandate,” I wrote. “But you’re also sending a chunk of change to a country that forces people to abort their children, flouts basic standards of workplace dignity, and denies more than a billion people the right to worship.”

Setting aside whether a business can be accurately called “Christian” (only individuals are given the title in the Bible), we should all agree that an organization who takes the title should be held to high standards. The same is true for Christian individuals. [tweetable]The decision to follow Jesus is not a call to perfection, but a call to a moral posture.[/tweetable]

Sometimes consumers don’t have much choice with their purchases. But when given the choice, Christians should always opt for the most ethical option. I never buy coffee unless it is certified fair trade, for example. It may cost me more money, but I don’t want my purchases to keep 12-year-old Costa Rican children in poverty. Hobby Lobby has a choice in where they purchase the goods they sell, but in my opinion, they are not opting for a more ethical choice. Because they’ve chosen to label their business as “Christian,” I think it is wholly fair to raise this issue. 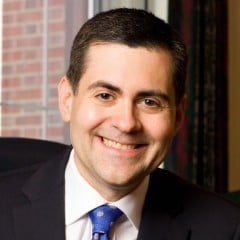 Russell Moore is president of The Ethics and Religious Liberty Commission, the public policy arm of the Southern Baptist Convention.

But as my dad used to say to me growing up, “It’s a mighty thin pancake that has only one side.” Others do not view Hobby Lobby’s business practices the same way I do. One such person is Russell Moore, president of the Ethics and Religious Liberty Commission, and a vocal supporter of Hobby Lobby’s fight against the HHS contraception mandate. He is a first-rate thinker whose opinions I respect even when we disagree. I invited Dr. Moore to provide his perspective on the matter, and I’ve published his comments in full. I encourage readers to consider both my column and his response below:

The line of questioning here is a red herring. There is no question that the Chinese government is brutal, repressive, and dismissive of even the most basic human rights. This is seen in the murderous one-child policy, the crackdown on freedom of worship, the abuse of political prisoners, and the smothering of dissent. That’s why the ERLC and other evangelical groups have highlighted the human rights violations in China, and called the church to stand in solidarity with the persecuted church there and elsewhere.

That said, the question isn’t whether the Chinese government is awful, but how do Americans help to bring about change there. Very few would argue that evacuation from the global economy would do so.

The stance of the American government, under both Democratic and Republican Administrations, has been that a China disengaged from the free world is a China in which human rights are even more imperiled. History would suggest that open trade, in most cases, tends to help the development of political rights rather than hinder them. Trade with companies in China is hardly an endorsement of the government’s policies. If that were the case, every American who has purchased anything “Made in China” is automatically and directly morally implicated in China’s immoral government policies, and I don’t think that’s so.

If the Green family believed that a boycott of all Chinese businesses would bring the Chinese government around on human rights, I’m quite certain they would do so. And so would many of us. But that’s hardly the case.

The Greens cannot control the decisions made by the Chinese government. They can, however, direct their own actions. And, as Americans, they can participate in a democratic republic in which the people are ultimately accountable for the decisions of their government. Buying products from companies that operate in a country that aborts children is not the same as being forced by the United States government to purchase directly insurance that does the same.

Someone with a conscientious objection to the death penalty isn’t implicated in capital punishment because she buys oranges from Florida, where capital punishment is practiced. She would reasonably, though, protest if she were forced to sell lethal drugs to the state for that purpose or if she were compelled to pull the switch on the electric chair.

The Christian moral tradition has always held a distinction between direct, personal involvement in sin and living in a world in which sin exists. Jesus and John the Baptist do not ask their followers to boycott the Roman Empire by refusing to serve as soldiers or tax collectors. They do tell them they must stop extorting and cheating (Lk. 3:12-14; 19:8-9). The Apostle Paul doesn’t call Corinthian Christians to stop all economic activity in Corinth simply because there is idolatry and culture-sponsored prostitution there. But they are forbidden from, for instance, doing “commerce” with the temple prostitutes (1 Cor. 6:15).

Whether one thinks one ought to do business with companies in China, this is obviously a very different question from whether the government ought to force employers to pay for drugs that cause abortions. The Greens have put their entire business on the line for their convictions about freedom of conscience and religious liberty for all.