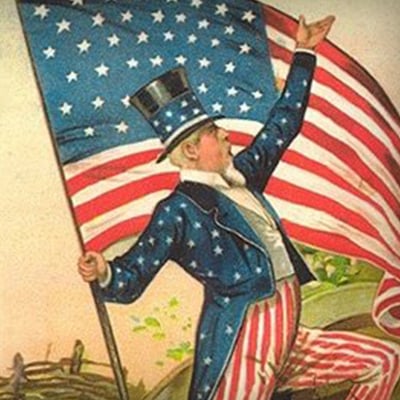 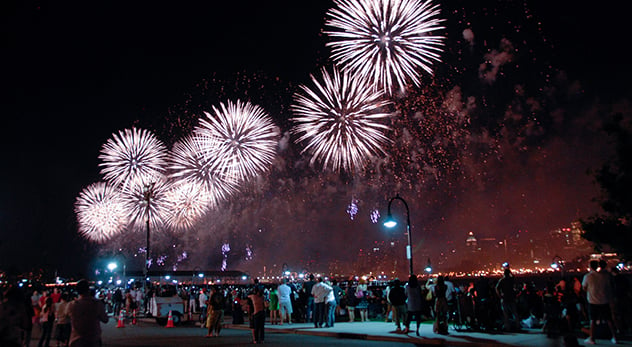 This July 4th, like every other I remember, I’m going to a birthday party for a nation. But what makes this party unique from others is that the birthday girl—America—thinks she’s the fairest of them all. According to a 2013 Rasmussen poll, 59 percent of likely U.S. voters believe the United States is more exceptional than other nations. Just 27 percent disagree.

“On the Fourth of July, we don’t only celebrate the birth of our nation,” writes conservative columnists Ken Blackwell and Ken Klukowski. “We celebrate American exceptionalism—everything that makes the United States the greatest nation on earth.”

The term “American exceptionalism” is not a new one; it’s often traced back to Alexis de Tocqueville and the belief that our economic underpinnings were extraordinary. In recent years, however, the term has grown and evolved as American politicians have trumpeted it with increasing frequency. But is America better than other nations, and if so, is it something Christians should shout from their star-spangled rooftops?

AMERICA, THE GREAT
America is the most charitable country in the world. Each year, Americans voluntarily donate hundreds of billions of dollars to churches, non-profits and humanitarian agencies. We are one of the freest countries in the world. Americans can worship whatever god they choose whenever they choose, and no one here can force his wife to cover her face in public. Many living conditions are better in America than elsewhere. Unlike much of the world, clean water is a readily available commodity and the average wage is much higher than most of the world.

America is great. In our sinew and our spirit, we are a great people living in a great nation. That's why countries look to us when drafting constitutions and forming governments. That's why we spend so much time debating immigration, not emigration. This is a wonderful place to live, and many citizens of other nations are clamoring to come here while our citizens largely stay put.

The politically correct police might have us believe all countries are exceptional in their own way, but such assertions are thin and meaningless. They're reminiscent of a scene from "The Incredibles" in which the mother says, "Everyone's special" and the son replies, "Which is another way of saying no one is."

EXCEPTIONALISM IS BAD THEOLOGY
Even though I believe America is exceptional, I am not an “American exceptionalist.” Why? Because the former is rooted in objective facts and the latter is built upon bad theology and is counterproductive.

“[Exceptionalism] has been adopted by the right to mean that America, alone among the nations, is beloved of God,” writes Richard Cohen of The Washington Post.

Many conservative Christians have long held that America has somehow achieved special standing with God. Working on a fundamental belief that obedience to God brings blessings and disobedience brings curses, these thinkers believe we've earned God's blessings through historical obedience. This is rooted in several false beliefs, such as America being founded as a "sacred Christian nation" and the misapplication of Biblical passages addressing Israel to America.

Just as the America-is-a-dime-a-dozen paradigm falls flat in the face of facts, neither do these beliefs stand up to historical and hermeneutical scrutiny. As former Bush speechwriter Michael Gerson points out in his book, City of Man: Religion and Politics in a New Era, the biggest problem of the religious right is not tonal or strategic, but theological.

This theology has many effects, most of them advantageous only for exceptionalist politicians. It keeps their detractors from saying “boo” about anything America does unless they want to be labeled “unpatriotic,” or worse, “ungodly.” After all, what God has built up, humans should not tinker with.

I love America, and I wouldn’t live anywhere else. But I also recognize the many difficulties in our country that aren’t so exceptional. We maintain a relatively high murder rate for an industrialized nation, and we have a high rate of prisoner execution. Our educational system is failing to compete with other nations, and continues to work against disadvantaged children in poor communities. An ideology that is constantly used as a tool to quiet those who want to deal honestly with our problems is a broken one.

Why is this important? Accepting that America is exceptional due to God's unmerited favor breeds the virtues of gratitude and humility. But a belief that America is the recipient of divine favoritism, on the other hand, breeds arrogance and triumphalism—an arrogance that robs one of any claims to being truly exceptional.

This July 4th, celebrate with gratitude, not with boastful entitlement. Let’s light fireworks, gather our friends and family, throw hot dogs on the grill. And most importantly, let’s bow our heads in humble gratitude to the grace-giver.

*AUTHOR'S NOTE: A version of this article first appeared in Relevant Magazine.*