(RNS) The Utah attorney general announced Wednesday (July 9) that he will go straight to the U.S. Supreme Court to challenge an appellate ruling that declared the state’s ban on same-sex marriage unconstitutional. 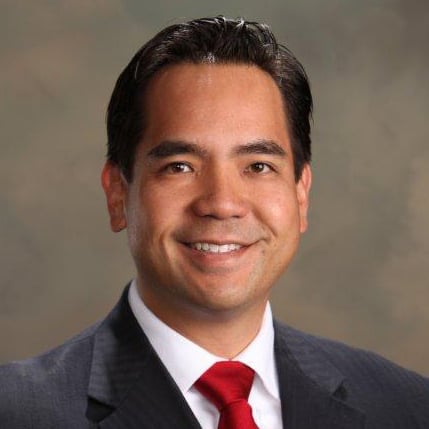 Sean Reyes is the 21st Attorney General of Utah.

Attorney General Sean Reyes decided to leapfrog the full 10th U.S. Circuit Court of Appeals in Denver after a three-judge panel last month upheld a lower-court ruling and declared that the U.S. Constitution’s guarantees of equal protection and due process extend to gay men and lesbians who want to marry. It was the first time a federal appeals court had ruled on the issue.

Besides Utah, the June 25 decision applies to Colorado, Kansas, New Mexico, Oklahoma and Wyoming, but the circuit court put its ruling on hold, pending appeals.

Reyes’ office said at the time it would ask the nation’s top court to review the 10th Circuit ruling and decide later whether to appeal to the full appellate court. The attorney general reiterated that strategy Wednesday, saying the state seeks to “obtain clarity and resolution from the highest court.”

But the nation’s top court does not have to take Utah’s appeal; four of the nine justices must vote to hear a case. The justices could also wait to see how other appeals courts rule on marriage bans before them.

Either way, the process can be expected to take several months.

The Supreme Court triggered an avalanche of rulings against bans on same-sex marriage after it struck down a key portion of the federal Defense of Marriage Act in June 2013.

Hours after Utah’s announcement, a Colorado judge declared the state’s 2006 voter-passed marriage ban unconstitutional, but he put the ruling on hold until appeals are resolved. District Court Judge C. Scott Crabtree became the 16th judge to invalidate marriage bans since the Supreme Court’s ruling on DOMA.

The 4th U.S. Circuit Court of Appeals is expected to rule soon on Virginia’s prohibition, and an appeal will be heard in late summer for cases from Michigan, Ohio, Kentucky, Tennessee, Nevada and Idaho.

More than 1,300 same-sex couples have wed since since a U.S. district court in December overturned Utah’s voter-approved measure limiting marriage to heterosexuals.

As Reyes’ decision was being announced, dozens of families traveled to Gov. Gary Herbert’s mansion to deliver more than 3,800 petitions calling on the state to abandon its appeals, The Salt Lake Tribune reported.

But Evan Wolfson, founder of New York-based Freedom to Marry, urged the high court to take the case and “swiftly move to end marriage discrimination across the country.”