(RNS) This summer, many Americans are watching in helpless horror as more than 52,000 children fleeing violence stream over our southern border. Many of them are making a dangerous journey by themselves to escape murder rates and gang violence in Central America, particularly El Salvador and Honduras, that are unparalleled except in countries at war.

People of goodwill at the border have offered food, water, shelter and compassionate care to these refugee children. But protesters have screamed epithets at them and blocked buses carrying them to processing centers, despite the fact that it is not illegal for people to cross the U.S. border and ask for protection under U.S. law.

As politicians focus on midterm elections rather than on children in crisis, it’s worth remembering: Christians worship a child who fled from violence in his home country.

The Gospel of Matthew recounts the story of King Herod of Judea, who slaughtered all the babies and toddlers around Bethlehem in a desperate attempt to prevent the reign of Jesus — the child he had been told would become a king.

Every year right after Christmas, Christians commemorate this horror, called the Massacre of the Innocents. “Receive … into the arms of your mercy all innocent victims; and by your great might frustrate the designs of evil tyrants,” we pray.

The baby Jesus survived Herod’s massacre because his parents took him across a border to a land where he was safe. Just like parents in Central America who are sending their children away, Mary and Joseph took great risks so their son could survive.

The Bible doesn’t tell us who helped them make it across the border to Egypt or who gave them refuge there, but, in Matthew’s telling, we Christians have those anonymous kindly Egyptians to thank for our faith.

People of faith are called upon not only to be charitable, but also to go beyond charity. We must oppose the false choice being offered by those who want to prevent refugee children from entering the country.

“We can’t start taking care of others if we can’t take care of our own,” a protester near San Diego told the Desert Sun newspaper, articulating the widespread belief that we live in a world of scarcity and must hoard for ourselves rather than share with others.

Every faith refutes this claim. Eighty-seven percent of Americans say they belong to a religion, and nothing in the holy books of those faiths teaches us to turn these children away. We must insist that the debate in Washington is not simply about treating refugees with compassion, but ensures that we hear their claims, safeguard their futures and offer their countries the assistance necessary to restore peace at home. 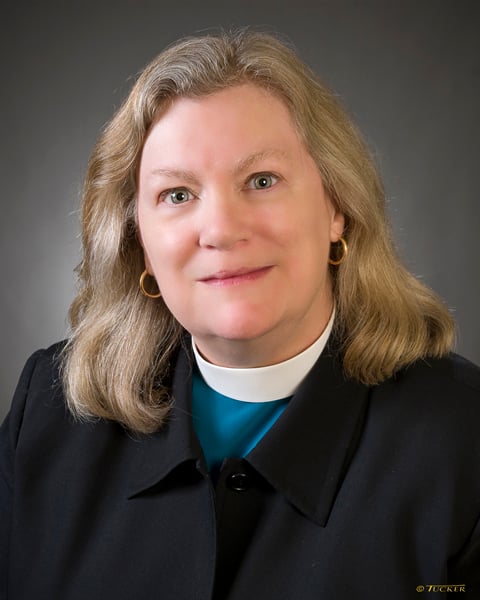 Twenty-eight years ago, I traveled to Colombia to adopt our son, who was placed for adoption as an infant in the aftermath of the Nevado del Ruiz volcano that killed more than 22,000 people when it erupted in 1985. The outpouring of compassion and material support for the victims of that disaster exemplified the finest impulses of people in the U.S. and across the world. My son and the thousands of Colombian children like him were no more innocent and no less in need of protection and care than the Central American children who are fleeing across our borders today.

We know how to respond with the love and generosity that our faiths demand of us. I pray that we will be worthy of our beliefs.

(The Rev. Gay Clark Jennings is the president of the Episcopal Church’s lay and clergy House of Deputies and is a member of the worldwide Anglican Consultative Council.)