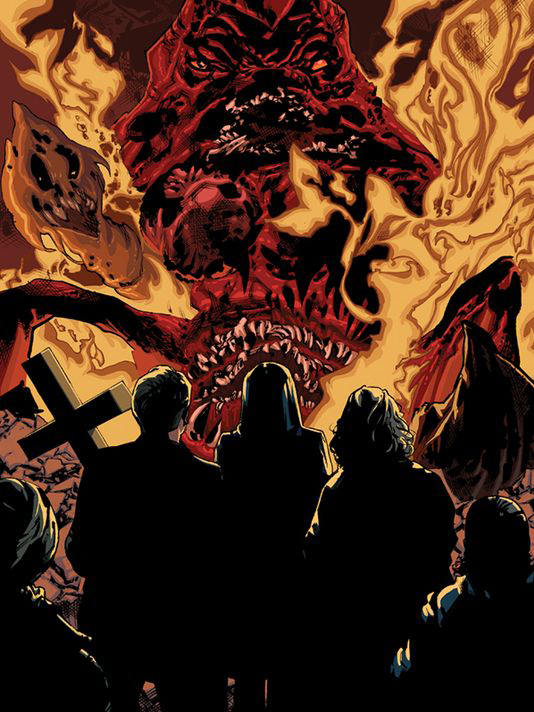 The world's top exorcists form a supergroup to take on various hellspawn in "The Devilers."
July 16, 2014
Brian Truitt

(RNS) There's never a better time for a bunch of holy avengers than when all hell actually breaks loose. 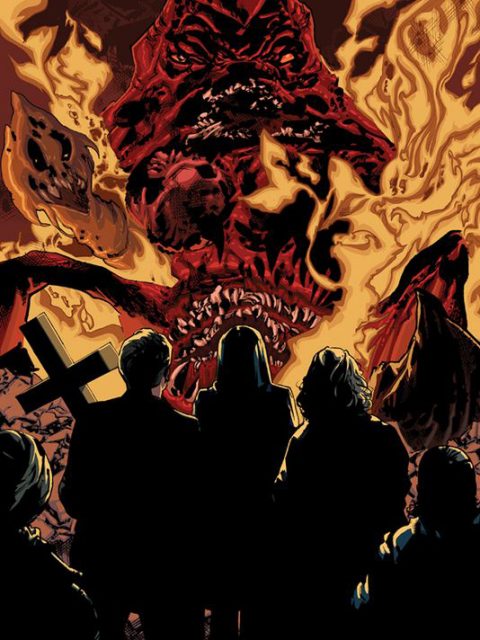 The world's top exorcists form a supergroup to take on various hellspawn in "The Devilers."

The Dynamite Entertainment series The Devilers debuts Wednesday (July 16) as an action-packed supernatural comic book full of demonic beasties, big-picture philosophies and heroes that have to put religious differences aside in order to save Vatican City -- and the world -- from being turned into brimstone.

"When suddenly it's 'Oh that is a giant hellmouth that opened up in front of me,' that changes your beliefs," said series writer Joshua Hale Fialkov (The Bunker, The Life After), who's doing the The Devilers alongside artist Matt Triano.

The main conceit behind The Devilers is the Catholic Church, which has had an armistice with Satan's forces for hundreds of years to keep the demonic element downstairs, but not surprisingly the deal doesn't hold. Horrific creatures arise when they stop caring about what mankind and the heavenly host can do to them, thereby beginning a new war on Earth.

Father Malcolm O'Rourke, whose faith has waned since having an otherworldly encounter as a child, is called into action by the church's head exorcist, Cardinal Michael David Reed, as well as other potential saviors from all over the world.

Every issue of Devilers focuses on a different character in the group, which includes Mossad agent and rabbi Brenda Davide, a pro at revealing true evil; the tricky and persuasive Samir Patel; Raab Al-Fayed, a noted demonologist who controls a powerful entity; Chun-Bai, a woman able to bend nature to her will; and the teleporting man-bear demon Rex.

The cardinal is a pretty hardcore sort but he in a sense reflects the stakes involved with the hellish situation.

"You can have dogma as much as you like, but when the rubber hits the road, you have to be practical," Fialkov said.

Even though he had a childhood experience that for most people would be proof positive that there are higher powers at work, Malcolm, the priest and exorcist, is still more practical than spiritual.

"He's had time soften the one thing that really gave him faith, but now suddenly it's jammed in front of his face," Fialkov said. "There's no arguing with the things he sees."

While the Devilers has a philosophical side, it's still as big and crazy as a 1970s X-Men comic, according to Fialkov.

Fialkov's I, Vampire series for DC Comics merged vampires and a monster world into a landscape of superheroes, and he's trying to do something similar with The Devilers, an inherently dark book that's more funny than bleak.

Triano illustrates a frog flipping off the cardinal in the first issue, and the holy man tells an atheist who gets a little too close to Rex, "Don't kick the demon, son." "That's just me being me," Fialkov said. "Anytime anything feels pretentious, I have to take the wind out of the sails."

The next couple of issues feature the protagonists journeying through hell, "literally heading toward Satan's throne room," Fialkov said. "But the question is, who's actually sitting on that throne? It might be a surprise."