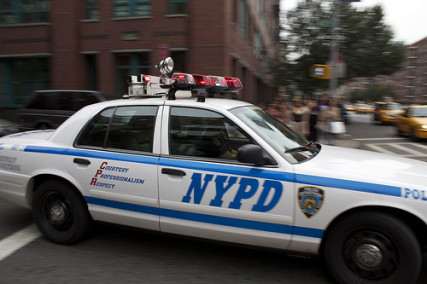 The New York Police Department’s surveillance of Muslim religious centers, community associations and student groups might not seem like an issue to concern atheists. Indeed, few seem troubled by the program. And that’s a little odd, given that this particular surveillance program targeted a minority community based primarily on its religious affiliation.

Let’s take a look at the facts.

According to the Center for Constitutional Rights, the NYPD targeted 28 “ancestries of interest,” including Egyptian, Pakistani, and American Black Muslims. Under the auspices of its Demographics Unit—recently rebranded, opaquely enough, as the “Zone Assessment Unit”—police monitored family-owned businesses and established relationships with members of the local Muslim community on false pretenses. It collected names and addresses, it tracked individuals who attended lectures by Muslim scholars, and it labelled mosques “terrorism enterprises” despite having no evidence that attendees had any real connections to extremism.

The NYPD didn’t just target people based on ancestry; the ACLU reports that they also identified targets based on “radicalization indicators.” Those indicators include traditional Islamic clothing, beards, and “becoming involved in social activism”—a category that is so vaguely defined it’s difficult to interpret.

And the NYPD didn’t contain its surveillance to New York City. The program was extensive: In 2012, the AP revealed that Muslim student groups all over the Northeast had been monitored and, in some cases, even infiltrated by officers.

The program went on for twelve years. It did not generate a single lead.

So what did it accomplish, then? Linda Sarsour, head of the Arab American Association of New York, told the New York Times, “The Demographics Unit created psychological warfare in our community.”

“Those documents, they showed where we live,” she added. “That’s the cafe where I eat. That’s where I pray. That’s where I buy my groceries. They were able to see their entire lives on those maps. And it completely messed with the psyche of the community.”

The city has finally ended the program, but its damage endures. With the assistance of Muslim Advocates, a national civil rights group, members of the Muslim community sued the city. The case, Hassan v. City of New York, is ongoing. (Full disclosure: my employer, Americans United for Separation of Church and State, recently filed an amicus brief against the city.)

It’s easy to agree with the program’s supporters and dismiss the surveillance as a benign security measure made necessary by the attacks on September 11, 2001. But it’s misguided to lend this argument much credence. In the thirteen years since 9/11, terrorism has certainly occurred—but for the most part, it hasn’t been committed by Muslims. Based on data provided by the Southern Poverty Law Center, the perpetrators are far more likely to be members of anti-government or white power movements. They are typically white and identify as Christian, if they profess any religion at all.

And yet the NYPD didn’t monitor churches. It didn’t infiltrate Christian student clubs. And, unless there’s a bug in my office I don’t know about, white Americans haven’t been targeted according to “ancestries of interest.”

Instead, the NYPD monitored the daily habits of hundreds of people simply because they were Muslim. There is still no evidence that the NYPD created the program because it had identified a specific threat—unless, of course, you believe the very presence of Muslims in the United States constitutes a threat. And if you believe that, we have other problems to discuss.

The surveillance of law-abiding Muslims infringes their First Amendment right to free expression. And that’s exactly why atheists should be concerned: The same amendment protects our ability to publicly express our lack of religion. As far as the Constitution’s concerned, it doesn’t matter if your beliefs are based on the Quran, the Bible, or something a bit more godless. The law that allows Muslims to wear traditional religious clothing without reprisal is the same law that allows you to wear an atheist T-shirt in public.

But last year, prior to the end of the surveillance program, just two Humanist groups signed a letter to the Department of Justice requesting a probe into the NYPD’s practices. Two signatures. Out of over 120. (If you’re curious, the groups were the American Humanist Association and the Center for Inquiry).

If atheists are going to demand equal rights—and we should—we should also be prepared to advocate for the rights of other groups, regardless of whether or not we agree with them on the subject of God. Anything less is hypocritical. 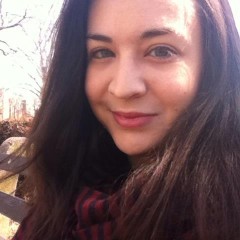