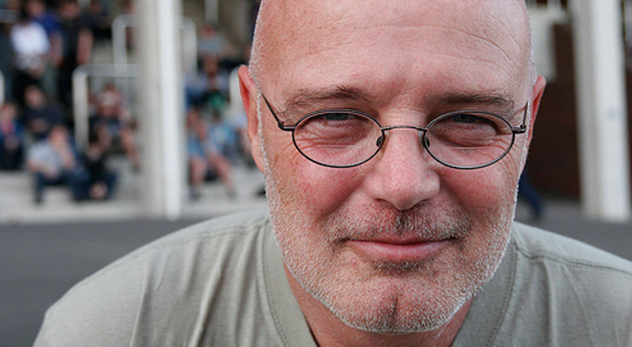 Brian McLaren once led one of the most talked about movements within American Christianity. A quarter-century after its beginning, he reflects back on what it was really about.

In the late 20th century, the conspicuous absence of young people in American churches became painfully clear. Some religious leaders asserted that Christian churches needed to change if they wanted to reach a new generation. Disillusioned with conventional Christianity, they dreamed together about the future and formed a collective called the “Emergent Church.” It gained credibility, spawning a glut of books by major Christian publishers, and earning the attention of news outlets. Christianity Today even proclaimed that “Emergent” was one of the fastest growing movements within Christianity.

Many trace the Emergent movement’s beginning to 1989, which makes it 25 years old this year. In nearly three decades, it has lost much of its steam. Emergent’s critics argue that this is proof the leaders’ visions for Christianity were unsustainable. I decided to sit down with Brian McLaren–once considered to be something of a pope for the Emergent Church–to reflect back on the last 25 years and what it was really about.

RNS: For unfamiliar readers, explain how the Emergent conversation began.

BM: A couple of decades ago, a lot of megachurch pastors started realizing they were losing the younger generation and not attracting people under 40 years of age. They began talking about the difference between Gen-X and Baby Boomers. They soon realized this was not just a difference between generations but between a modern colonial world and a postmodern post-colonial world. This conversation quickly spread from evangelicals to mainline folks to some Catholics, which birthed the conversation.

RNS: In 2010, Anthony Bradley wrote something of an obituary for the movement in WORLD Magazine. Was he right? Has the conversation’s pulse flat-lined?

BM: I vaguely remember the article, so I can’t respond directly. But I think there’s a sense that evangelical gatekeepers have vilified “Emergent” so that people within evangelicalism no longer use the term. I was never all that infatuated with the term myself, but this doesn’t tell the whole story. [tweetable]Anyone who thinks the status quo has triumphed over the need for change is probably a victim of wishful thinking.[/tweetable]

RNS: What about those who claim the movement could not be sustained because it lacked a strong theological center or strayed into theological liberalism?

RNS: Where has your theological trajectory taken you? Your newest book has a chapter on “Jesus and Hell,” for example. How do you understand hell?

BM: It is important to note that nowhere in the Old Testament is hell ever imagined. So when Jesus talks about hell, we have to know where that idea entered the Jewish vocabulary. When you explore the development of the idea of hell you discover something: [tweetable] The traditional idea of hell is not rooted in Scripture even though people who defend it often quote Scripture.[/tweetable]

RNS: The title of your book is We Make the Road by Walking. Explain.

A: It comes from a Brazillian educator and activist who got it from a Spanish poem. I thought it was fitting because if we look at our tradition as a road, we have to ask what it means to walk that road. Do we stop where our tradition has brought us until this point or continue to extend this tradition into the future?

RNS: In 2012, you officiated the wedding of your gay son. How do you see the issue of homosexuality in light of your Christian faith?

BM: I think the Christian faith has a deep struggle that it shares with Judaism and Islam. That is, how do we remain faithful to our ancient texts? Many religions inherited a simplistic and literalistic way of interpreting our texts. This is a dead end, forcing us to harm other people in order to be faithful to our interpretations. We need a fresh way of reading our texts that allows us to engage with others in a more humane way.

RNS: You mention other religions and have written extensively on what it means to be Christian in a multi-faith world. Is every religion as valid as another? Can you have just as vibrant a relationship with God whether you are Buddhist or Christian or Muslim?

BM: Every religious tradition is based on different assumptions. [tweetable]I’m not among those who say that all religions are the same and it doesn’t matter what you believe.[/tweetable] Every religion that is older than a day or two has a history and probably a history of serious failures. [tweetable]Every religion has to either be arrogant or honest about its own failures.[/tweetable] I think the Christian faith has great treasures and also a lot to learn. When people from different traditions approach each other humbly and bring their unique treasures as well as unique failures, they can meet one another around a table of respect.