(RNS) You don’t need a doctoral degree to think higher education leads people away from organized religion. That’s been common wisdom for decades. 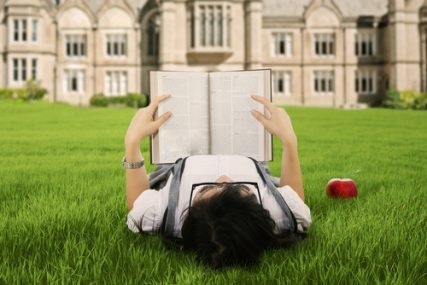 Today, it’s the least-educated members of Generation X — people born roughly between 1965 and 1980 — who are “most likely to leave religion,” said Philip Schwadel, an associate professor of sociology at the University of Nebraska–Lincoln.

Millennials — Americans roughly between the ages 18 and 30 — were not included in the study because, Schwadel said, it’s too soon to tell if they will settle on a religious identity.

Schwadel, whose study is published in the August edition of the journal Social Forces, found a clear historical shift.

“Americans born in the late 1920s and ‘30s who graduated from college were twice as likely to drop out of religion than people who didn’t graduate from college,” he said. The postwar baby boomers proved to be “the last holdout of the church dropouts.” For boomers, “a college degree was still associated with a higher likelihood of leaving religion.”

However, for the generation born in the 1960s, there’s no difference between those who did and those who did not go to college in their likelihood of religious affiliation. Now, for America’s middle-aged adults who were born in the 1970s, “those without a college education are the most likely to drop out.”

In other words, a college degree used to mean people were more likely to lose religion. Now, some people are losing religion whether they went to college or not but it’s especially true for those who didn’t go to college.

Although the study does not examine the reasons for this shift, Schwadel observed:

News
Survey: Religion a key topic for many millennial moms during pandemic
Follow us on Facebook!
Submit your photos to RNS