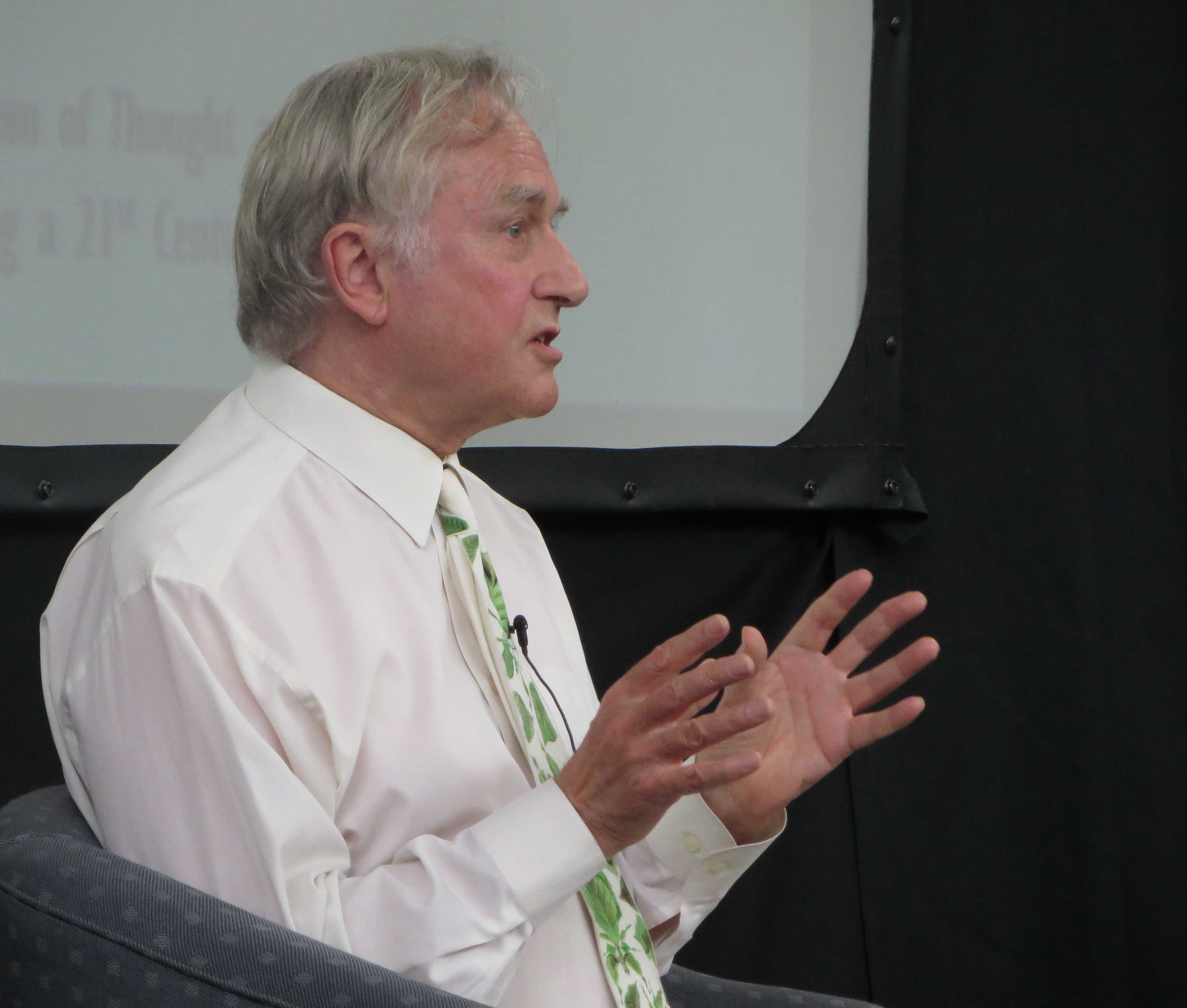 Date rape is bad. Stranger rape at knifepoint is worse. If you think that's an endorsement of date rape, go away and learn how to think.

"Mild date rape is bad. Violent date rape is worse." Is it really so hard to understand that that doesn't constitute endorsement of either?

Dawkins said that his rape tweets were “absolutely not presented as provocation.” Asked if he regretted sending them, he said, “I don’t regret it as much as you want me to say I do.”

Here’s a large chunk of his response so that you can see it in context:

Let’s take the first one: “Date rape is bad. Violent rape at knifepoint is worse.” The general point I was trying to make was a logical one, which was that to say that X is bad, Y is worse, should not ever be taken as an endorsement of the one that’s not so bad. You would be amazed at the number of people who take that to be an endorsement of X, to say X is OK, you can do X. That is logically absurd and it is pernicious.

Now the next point is, “why do you use rape?” rather than, somebody said, “Why don’t you say slapping someone around the face is bad, breaking their nose is worse.” I could have said that. It would have been completely pointless because it’s totally obvious and actually the general point is totally obvious. But you would be astonished at the number of people who I’ve seen on Twitter who when I say anything is bad, something else is worse, they will take it as an endorsement.

It came up with pedophilia when I said mild pedophilia, by which of course I meant relatively mild pedophilia --- this is a comparative statement --- relatively mild pedophilia is bad, violent buggery is worse. I myself and probably many people in this room have been the victim of mild pedophilia. A teacher at school sat me on his lap, put his hand inside my trousers and fiddled for about half a minute. I said that is not as bad as being violently assaulted, raped, perhaps something that would scar you for life --- it’s not as bad, this 15 or 30 seconds or whatever it was that I endured --- not as bad as someone who gets raped by their father, say, every week for five years. Now that is truly traumatic. That is a horrible, horrible, hideous thing to happen. And yet I was being accused of downplaying, denigrating the horror of pedolphilia by saying that when a man put his hand inside my trousers for half a minute that that wasn’t the worse thing that had ever happened to me. Of course it wasn’t the worse thing that ever happened to me. But when someone is raped every week by his father or uncle or grandfather or somebody like that, that very probably is the worst thing that ever happened to them.

Now if I were to say that my 30 seconds of unpleasantness is the worst thing that ever happened to me, I can just imagine the chorus of people who really did endure the horrors of violent pedophilia say, “How dare you dig up your trivial 30 seconds of horror and thereby make light of the awfulness that happened to me.”

“I was trying to say something about logical thinking, but that logical point doesn’t raise it’s silly head in neutral cases like X and Y and in cases like giving somebody a slap around the face as distinct from breaking their nose. It doesn’t raise its head with that. It does raise its head when you’re talking about rape and pedophilia and possibly nothing else. Therefore, I wanted to make the point that we are rationalists, we are humanists, we are skeptics, we are atheists. Why have we allowed these two topics of rape and pedophilia to deprive us of our normal logical reasoning? We say, “Oh we don’t talk about that, that’s too sensitive.”

Dawkins is missing the point. This isn’t just a freedom of expression issue. The problem isn’t solely that some consider certain topics to be taboo. It’s that logic can’t be applied like a blanket. You can’t rank how one experience will affect other individuals emotionally because you’re not them. Plain and simple.

Just because Dawkins’s experience wasn’t the worst thing that ever happened to him and he says didn’t scar him for life doesn’t mean that the same is true for other victims of similar sexual abuse.

Wrapping up his remarks about using Twitter, Dawkins said, “If there is now a no-go area, it’s because I’ve learned that there are enough people on Twitter who will react in an emotional way to something which is supposed to be, which is attempting to be, a purely rational discussion.”

A “purely rational discussion” that attempts to rank others’ emotional scars brought on by sexual violence is purely irrational. This isn’t about self-censorship. It’s about thinking before you speak or tweet. Dawkins can't know what other people are feeling.

If Dawkins wants to spew nonsense, that’s his prerogative. I might advise him to think a bit harder before he does so, but I’m sure he’d never listen.

For more, read Dawkins’s initial blog post responding to this particular Twitter controversy. I'm sure we can expect another dust-up soon.

Related Posts
By Aysha Khan
MIT faces backlash over invited speaker's anti-Muslim comments
By Jeffrey Salkin
Why Mark Zuckerberg is wrong about the Holocaust
By Marc Zvi Brettler
Who owns the .bible?
By Bobby Ross Jr.
After a rescinded invitation, Ken Ham talks about God at an Oklahoma university
By Emily McFarlan Miller
Creationist's speech back on at university in Oklahoma