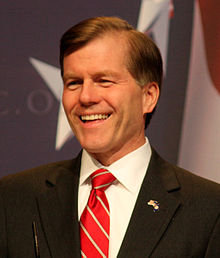 I admit it. The conviction of former Virginia governor Bob McDonnell on 11 charges of corruption yesterday made me happy — and not just because I think he got what he deserved and that it will maybe dissuade other elected officials from taking bribes. It’s also because the guy made his way into public life as a stalwart of family values — remember his 1989 Regent University thesis, “The Republican Vision for the Family: the Compelling Issue of the Decade”? And then he tries to get himself off the legal hook with a novel estranged-and-crazy-wife defense. Hypocrite!

The same goes for my feelings about Mark Driscoll, the disgraced pastor of Seattle’s Mars Hill Church. After clawing his way to the top of the evangelical megachurch heap as the holiest alpha male in America, he stands accused of plagiarism, misuse of church funds, sock-puppetry, and vindictive bullying. Hypocrite!

I realize that my inclination to rejoice is not the most admirable of reactions. We smile when purveyors of morality turn out to have feet of clay because it kind of lets the rest of us off the hook. Quoting Proverbs 24:17 (“Don’t rejoice when your enemies fall; don’t be happy when they stumble.”), my colleague Jonathan Merritt urges Christians not to celebrate Driscoll’s demise.

Of course, I’m not a Christian. And I’d point out that the Bible also has its nanny-nanny-boo-boo moments. Like the beloved Psalm 23‘s “Thou preparest a table before me in the presence of mine enemies.”

I’m thinking, too, about the particular animus against hypocrisy in the Bible’s prophetic tradition. The prophet Amos, for example, declares, “I hate, I despise your feast days, and I will not smell in your solemn assemblies.” And then there’s Jesus, in Matthew 23: “Woe to you, teachers of the law and Pharisees, you hypocrites! You shut the door of the kingdom of heaven in people’s faces. You yourselves do not enter, nor will you let those enter who are trying to.”

Let’s suppose that some of those teachers of the law and Pharisees had gotten their comeuppance and been relieved of their jobs. Would Jesus have called it (to quote a former Virginia congressman on yesterday’s McDonnell verdict) “a tragedy for the state”?

I don’t think so. I think he’d have called it a great day for the Jewish people.