Last Christmas, my dad called my two brothers and me down to the basement of his home for a private conversation. He started to speak and then paused. His eyes searched the ceiling for what seemed like eons before filling with tears. Saline collected and then began to stream down his cheeks.

“Will you boys please forgive me for the way I often disciplined you in anger growing up?” he asked with a cracking voice.

All three of us accepted his apology.

This sobering picture of an emotional father, now more than 60 years of age, asking for his children’s forgiveness is a perfect portrait of who James Merritt is. Humble. Honest about his failings. Wrestling, like many of his age, to make peace with the way he’s lived his life. That Christmas moment is now a lasting memory that will forever remind me of why he remains my hero.

It also underscores the seriousness of the national conversation taking place on the issue of spanking and how it impacts parents as well as children. I’ll bet that my dad isn’t the only 60-something today who wishes he owned a time machine. 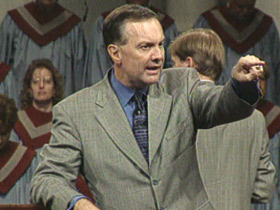 As a pastor in the 1980’s and 90’s, James Merritt would have taken a harder line stance on spanking than he does today.

I’ve shared my thoughts on why I don’t believe corporal punishment is wise or moral. Social science has demonstrated the deleterious effects of physical punishment on the wellbeing of children and I don’t think the Bible supports it in the slightest. My dad, a longtime minister and Bible scholar, doesn’t agree with me on the latter point but he isn’t as confident as he once was.

“I can’t categorically say, based on my reading of scripture, that the Bible condemns spanking,” he told me. “But I know the Bible doesn’t command it.”

He notes that you can’t isolate what the Bible says about disciplining children from the notions of anger and temper. Solomon mentions using “the rod” for discipline in Proverbs, but the ancient wise man had even more to say about the perils of unbridled anger.

“Every parent should look into the mirror and ask, ‘Do you have a problem with your temper?’” he said. “If you are given to fits of anger or great impatience, you might be better erring on the side of prudence and not spanking.”

Throughout the course of my childhood, my parents spanked us about the same amount most parents in the South during that era did. Sometimes with a belt or switch or wooden spoon. Usually, it was done calmly and with explanation. Sometimes it was done in a moment of strong emotion. This, my dad realizes, was a mistake:

“Parents should never ever strike a child in anger. Count to 10 or to 10,000. And make sure that corporal punishment should be a last resort, not a first resort. For many parents, spanking is the lazy way of parenting.”

When asked whether he would have spanked if he were able to do it over again, he responds bluntly, “No, I would not. Not because of what the Bible says but because of me and my temperament and taking my own raising into account. And if I did, it would be much fewer and farther between.”

Last year, dad released a book titled, “What God Wants Every Dad to Know: The Most Important Principles You Can Teach Your Child” in which he speaks about what he’s learned about proper discipline of children. Today, he is the pastor of a Southern Baptist mega-church outside of Atlanta where he speculates that almost none of his congregants corporally punish their children: “That’s just not the way it’s done today.”

But some modern parents, of course, do spank their children. And they should heed the warnings of a man like my father about the difficulties and risks involved in such parenting decisions—especially if they claim to be Christian.

When asked what he thinks Jesus—who was silent on the matter—would say about spanking, my dad paused and searched the ceiling yet again before answering: “I think he would tell parents to do what they believe is the most loving thing for a child and then to do it in the most loving way possible.”

It’s solid advice, and if more Christian parents followed it, there would be fewer parental apologies come Christmastime.

RELATED: “Christians have no moral rationale for spanking their children”