(RNS) Happy 5779! At sundown on Sunday (Sept. 9), Jews around the world will turn the page on the Jewish calendar to begin the new year, Rosh Hashanah. What starts with a feast at home will end 10 days later with a fast in the synagogue on Yom Kippur, the Day of Atonement. This time is referred to as “The Days of Awe” as Jews move between repentance and forgiveness, reflection and renewal.

Here’s everything goyim need to know about the High Holy Days so they can holler “L’shanah tovah!” — or “Happy New Year!” — without looking like a shmendrick. 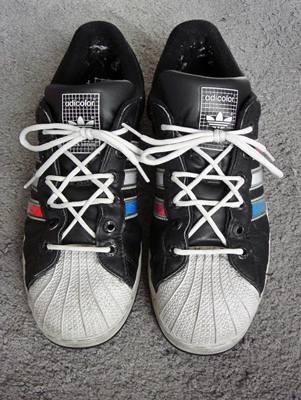 Q: What do Jews celebrate on Rosh Hashanah and Yom Kippur?

A: The new year is celebrated with family and friends, but Jews are also expected to think about the meaning and direction of their lives. How could they have been better Jews? Better human beings? That comes full circle on Yom Kippur, when Jews fast for a whole day and reflect on their faults and the ways they have wronged people throughout the year. It is a holiday for making amends, for seeking and giving forgiveness.

A: The High Holy Days really are fun and quite beautiful. Rosh Hashanah starts with a family meal that includes a lot of yummies, like apples dipped in honey and honey cake. The emphasis is on sweetness in the hopes a little sugar on the tongue will bring a lot of goodness in the new year. And many Jews grow emotional over the beauty of the Yom Kippur service, especially the Kol Nidre, a sung recitation of universal forgiveness. “May all the people of Israel be forgiven, including all the strangers who live in their midst, for all the people are in fault,” the song says in Aramaic. “O pardon the iniquities of this people, according to Thy abundant mercy, just as Thou forgave this people ever since they left Egypt.”

Q: I saw a bunch of people from the synagogue tossing things in a river. Are they litterbugs?

A: Hardly. That was the practice of “tashlich” (or “tashlikh”), the ritual casting away of sins by throwing bread crumbs into a body of water. Traditionally performed on the first day of Rosh Hashanah, the ritual was inspired by Micah 7:19 — “He will take us back in love; He will cover up our iniquities. You will cast all their sins into the depths of the sea.” The thought is that you start the new year with a clean slate. That symbolic emphasis on sinlessness is carried over to Yom Kippur, when Jews wear all white to services. 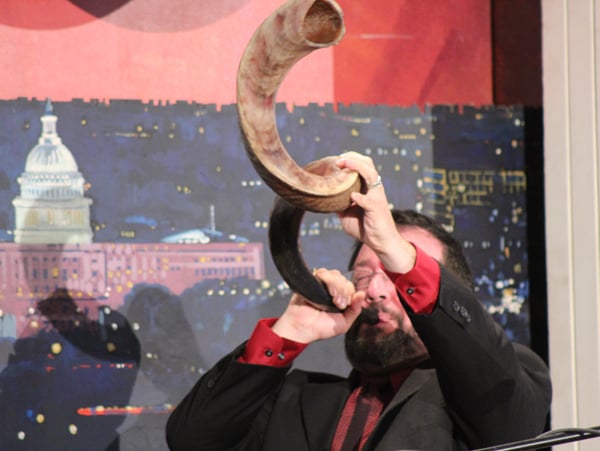 Q: What is that crazy sound I hear coming out of the synagogue on both Rosh Hashanah and Yom Kippur?

A: That would be the shofar, the trumpet made from the horn of a ram or some other kosher animal and blown during the services. On Rosh Hashanah, the sound is meant to awaken the hearers from a spiritual slumber, to make them aware of their actions and their repercussions. Its sound reminds Jews of the story of Abraham, who substituted a ram for his son Isaac as a sacrifice to God. When the shofar is blown on Yom Kippur, it signifies a “closing of the gates” of heaven … and it will be another year before they open again.

Q: Do all Jews celebrate the High Holy Days the same way?

A: Yes and no. Some Jews celebrate Rosh Hashanah for two days, while others mark it only on one. Generally, Reform Jews — the more liberal of the branches of Judaism — celebrate a single day of Rosh Hashanah, while Conservative and Orthodox Jews observe it for two days. In Israel, Rosh Hashanah is celebrated for two days; schools, banks and other businesses usually close. But one thing all Jews do the same during the High Holy Days: They eat. So let’s have some brisket and some honey cake.

1. Preheat the oven to 350 degrees, and evenly grease a Bundt pan with butter, vegetable oil or cooking spray. In a large bowl, whisk together the flour, baking powder, baking soda, salt and spices.

2. Make a well in the center and add the oil, honey, both sugars, eggs, vanilla, coffee, orange juice and zest. Using a whisk or an electric mixer set to low speed, combine the ingredients to make a stiff batter.

3. Spoon batter into prepared pan. Place the pan on a baking sheet, and bake until the cake springs back when you touch it in the center, about 1 hour. (Be careful not to overbake.) Let cake stand for 15 minutes before removing it from the pan. Then invert onto a wire rack to cool before slicing. Serve topped with almonds and dusted with powdered sugar, if desired.

Source: The Jewish Daily Forward’s blog, “The Jew and the Carrot”