VATICAN CITY (RNS) In the latest sign of an uncompromising stance on sex abuse, Pope Francis has removed a bishop in Paraguay after a Vatican investigation into whether he had protected an Argentine priest who was accused of sex abuse in the U.S.

Bishop Rogelio Ricardo Livieres Plano, from the diocese of Ciudad del Este, was accused of embezzlement and covering up complaints of sexual abuse in his diocese as Argentine priest the Rev. Carlos Urrutigoity was promoted to deputy bishop.

Livieres Plano has been replaced by an “apostolic administrator,” Monsignor Ricardo Jorge Valenzuela Rios, the Vatican said in a statement on Thursday (Sept. 25).

The Vatican said the pope had taken the “onerous decision” to replace the bishop for “serious pastoral reasons,” for the good of the church in Ciudad del Este and to promote unity among the bishops of Paraguay.

The pope called for reconciliation and urged  “the clergy and the entire people of God of Ciudad del Este to accept the Holy See’s decision with the spirit of obedience, docility and an open heart, guided by faith,” the statement said. 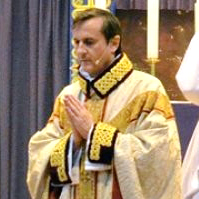 Pope Francis sent a papal delegation to Paraguay to investigate the activities of the Rev. Carlos Urrutigoity, a priest accused of sex abuse in Pennsylvania.

In a highly unusual move, Francis in July dispatched two bishops to look into the troubled diocese; Urrutigoity was removed from the No. 2 position before they arrived.

Francis has vowed to take a “zero tolerance” approach to cases of child sex abuse. He is seeking to repair some of the damage done to the Catholic Church’s image by a series of highly damaging clergy pedophilia scandals in the U.S., Ireland, Germany, Australia and elsewhere in recent years.

The Survivors Network of those Abused by Priests, the Chicago-based support network that represents 20,000 survivors of clerical sexual abuse worldwide, welcomed the bishop’s removal but stressed that more needed to be done to investigate Urrutigoity’s alleged abuse and others.

“We are encouraged, but must emphasize that one act involving one bishop does not, in any way, signal dramatic change,” said SNAP outreach director Barbara Dorris.

“Across the globe, hundreds of thousands of Catholic officials — from pastors to prelates — have ignored or concealed clergy sex crimes and many are still ignoring and concealing clergy sex crimes.”

The Vatican’s latest announcement follows Tuesday’s arrest of former Archbishop Jozef Wesolowski, who is now facing up to seven years in jail if he is found guilty of charges he sexually abused children while he was papal nuncio, or Vatican ambassador, in the Dominican Republic.

Italian media reported Thursday that the Vatican officials are also looking at expanding their investigation of Wesolowski’s activities to include other countries where he was  posted. He was previously the Vatican envoy in Bolivia and central Asia, but he also worked in Africa, Costa Rica and Japan.

Urrutigoity, the Argentine priest who first raised questions in Panama, was suspended from his ministry in the Diocese of Scranton, Pa., after allegations he sexually molested minors in 2002.

He was accused of sexual abuse in a highly publicized lawsuit in Scranton in 2002. He and another priest, Eric Ensey, were both suspended by then-Bishop James Timlin, amid allegations they had sexually molested students at St. Gregory’s Academy.

Urrutigoity was transferred to Canada before resurfacing in Paraguay.

Earlier this year, Scranton Bishop Joseph C. Bambera expressed concern about Urrutigoity’s career advancement in Paraguay, saying “warnings regarding this cleric’s suitability for ministry have not been heeded.”

In a message on the diocesan website, the bishop urged anyone who has “suspected, witnessed or suffered abuse at the hands of Father Urrutigoity” to report it to authorities.