(RNS) Public disagreements over whether the Roman Catholic Church can change its teachings on Communion for remarried Catholics are growing sharper on the eve of a major Vatican summit, with conservatives led by U.S. Cardinal Raymond Burke making another push against loosening the rules. 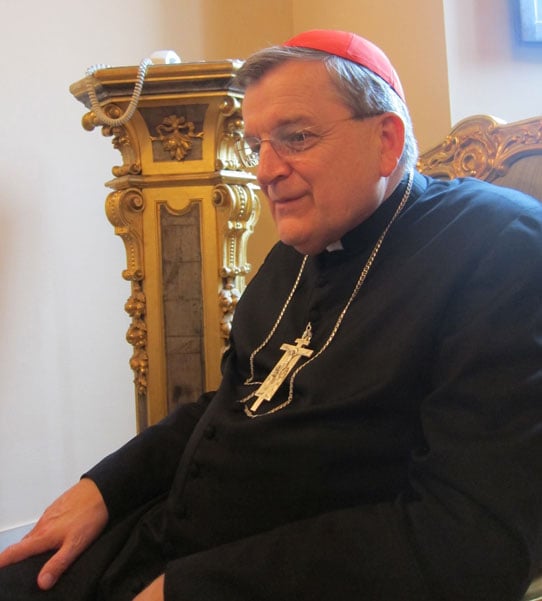 Cardinal Raymond Burke, former archbishop of St. Louis, has been an influential player in Rome. RNS photo by David Gibson

In a conference call with reporters on Tuesday (Sept. 30), Burke, who currently heads the Vatican’s high court, singled out the leading proponent of reforms, German Cardinal Walter Kasper, and his claims that critics of his proposals are really attacking Pope Francis.

Kasper has said that the pope supports his efforts to find ways to fully reintegrate divorced and remarried Catholics into church life. The proposals have become a prime focus of the upcoming Vatican meeting, called a synod, which will convene on Sunday for two weeks to consider changes in family life in the modern world.

“I find it amazing that the cardinal claims to speak for the pope,” said Burke, the former archbishop of St. Louis, speaking from Rome. “The pope doesn’t have laryngitis. The pope is not mute. He can speak for himself. If this is what he wants, he will say so.”

“But for me as a cardinal to say that what I am saying are the words of Pope Francis? That to me is outrageous,” said Burke, who is reportedly set to be sidelined by Francis to a largely ceremonial post as patron of the Knights of Malta, a global church society based in Rome.

Burke also said whatever Francis thinks about a more lenient approach on Communion for remarried Catholics, the pope can’t change current church teaching because he and all bishops “are held to obedience to the truth” about marriage, and that cannot change.

Burke’s comments were echoed by others on the call and represent the latest effort by church conservatives to try to head off any possibility that the bishops and cardinals meeting at the Oct. 5-19 synod would open the door to changing any Catholic teaching, especially on marriage.

Under current church law, divorced Catholics who remarry without first obtaining a church annulment — a complicated and sometimes expensive venture — are barred from Communion because they are considered to be living in sin. Critics say the practice alienates otherwise faithful Catholics and perpetuates the stigma around divorce.

The high-level summit will cover a range of other hot-button issues, such as same-sex partners and the rise of cohabiting couples. The discussions will set out a road map for discussions at a larger, follow-up synod in 2015 where bishops could decide to make changes in church policies, or leave things as is. 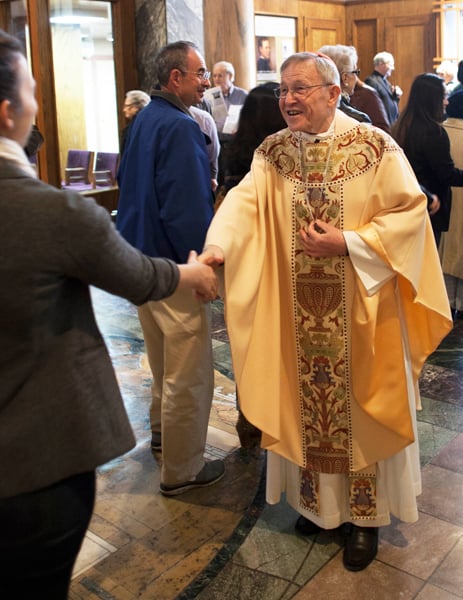 Kasper, with the encouragement of Francis, last February opened the debate with a lengthy lecture to the world’s cardinals in which he said the church could and should adopt a more merciful approach to Catholics living in unorthodox relationships.

A test case for such adaptations, Kasper said, is on Communion for the divorced and remarried. Kasper said that would not require changing church teaching on the indissolubility of marriage but only on the “discipline” related to receiving Communion.

Opponents, including Burke, say that you can’t separate the discipline from the doctrine without undermining Christianity’s moral truths. They’ve become increasingly vocal and organized in lobbying against the reformers.

In an interview this week, Kasper expressed confidence that bishops at the back-to-back synods would ultimately back some change, and he hit back at critics like Burke, saying they are engaged in political maneuverings. He said they are afraid that any changes would lead to a “domino effect.”

“This is all linked to ideology, an ideological understanding of the gospel that the gospel is like a penal code,” Kasper, who is retired from a curial job but lives in Rome, told America magazine.

Critics of change in church policies are displaying “a theological fundamentalism which is not Catholic.”