(RNS) This is a good weekend to be a Catholic goat. Less so for Muslim and Jewish goats. Let us ‘Splain … 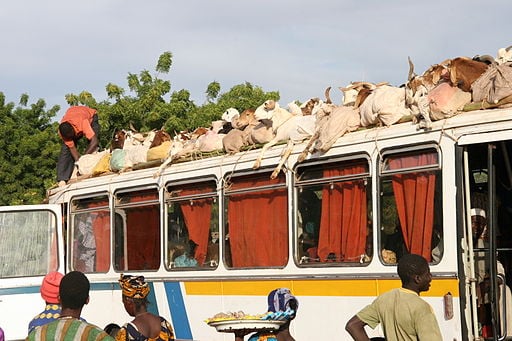 Goats being transported a couple of weeks before the Eid festivities in Mali.

Sundown on Friday (Oct. 3) brings Yom Kippur, the most important Jewish holy day of the year, a time of atonement and repentance.

As Yom Kippur concludes the next day, Muslims mark their second-most important holy day, the Eid al-Adha, or Festival of the Sacrifice, a commemoration of Ibrahim’s (Abraham to Jews and Christians) willingness to sacrifice his son to Allah.

Saturday is also the Feast of St. Francis of Assisi, not a particularly important Christian holiday, but a very popular one, when people bring their animals to church for a special blessing from the priest.

You’ve heard of a scapegoat, right? In antiquity, Jewish communities marking Yom Kippur selected a single goat from their herds and ritually made it the bearer of all of their sins. They then cast the goat out into the wilderness, thereby absolving themselves of their sins. In order to keep the goat from returning to the herd, it was sometimes shoved off a cliff.

On Eid al-Adha, which comes at the end of the hajj, or monthlong pilgrimage to Mecca, Muslims ritually slaughter a goat or other halal animal in memory of the ram Ibrahim sacrificed in place of his son. Part of the meat is eaten at the feast that is a highlight of the holy day. Fun fact: While some Muslims are replacing literal animal sacrifice with a symbolic one, millions of animals worldwide are slaughtered for the Eid — 7.5 million in Pakistan alone. 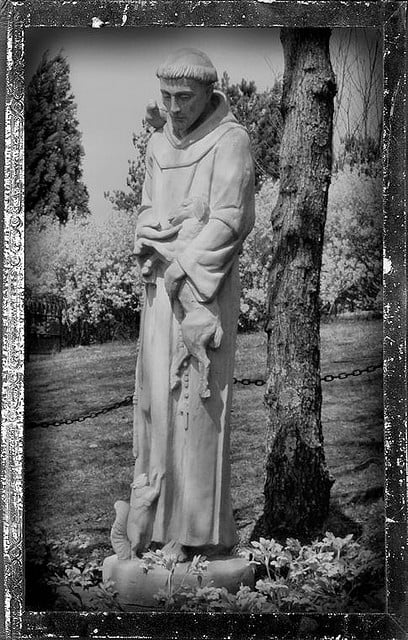 No goats are sacrificed or eaten on the Feast of St. Francis of Assisi. Rather, goats are often included in tableaus staged around the saint on this day, often posed curling up at his feet and basking in his love. The stories of Francis and his love for animals are legion — he is supposed to have blessed a wolf that was terrorizing a town and to have preached to the birds, whom he called his “sisters.” Francis is the patron saint of animals. Bonus fun fact: Francis is credited with establishing the first “live” Nativity scene in 1220 with a manger, a donkey and an ox. No goats — yet.

Which brings us to an even bigger common denominator: sacrifice

On Yom Kippur, Jews fast for 24 hours and sit in synagogue all day meditating on the wrongs they may have done to others in the previous year. On Eid al-Adha, Muslims not only literally sacrifice an animal, they sacrifice two-thirds of its meat by giving one portion to their friends and neighbors and another to the poor. The idea is that no one will lack for special meat on the holy day. And St. Francis practically invented sacrifice in terms of Christianity. He was the son of a wealthy family, but upon his conversion he went barefoot and ragged and lived on alms the rest of his days. Pilgrims to Assisi can still see the bare hut he died in. Jews praying in the synagogue on Yom Kippur.

And another common denominator: prayer

Yom Kippur includes one of the most beloved and beautiful prayers in Judaism — the Kol Nidre prayer, sung in the synagogue at sundown on the holy day.  On Eid al-Adha, Muslims also join in communal prayer in the mosque, reciting extra “takbir,” or “God is great” prayers. And on the Feast of St. Francis, as dogs, cats, parrots, snakes, hedgehogs, guppies and all other manner of animals are paraded past a priest for a blessing, many people refer to one of Francis’ most famous prayers, “The Canticle of All Creatures”: 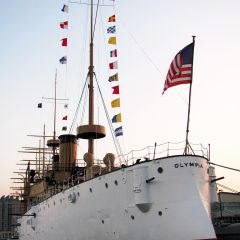