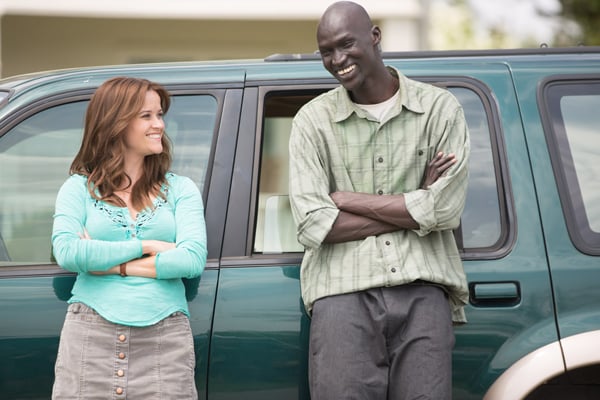 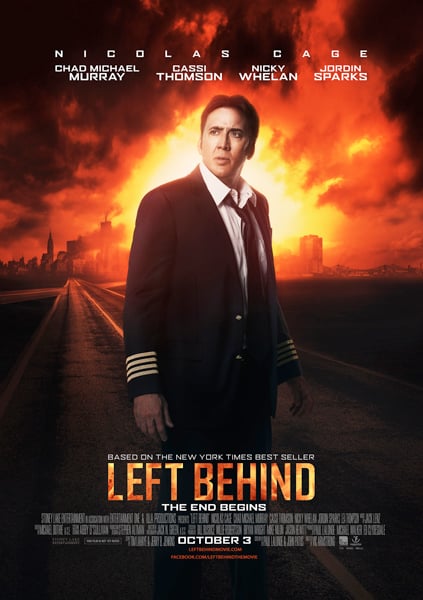 NEW YORK (RNS) Two movies coming out this weekend that aim to attract a faith-based crowd join a glut of biblical films for 2014, testing the limits of Hollywood's appetite for religion.

The two films, “The Good Lie” and “Left Behind,” both opening Friday (Oct. 3), reflect two different filmmaking strategies: One is geared for a wider audience that could attract Christians, while the other produces a movie clearly made for the Christian base.

With a number of films targeting a faith audience this year, it’s unclear whether Hollywood is oversaturating the market with faith-based films -- a revolutionary idea 10 years after Mel Gibson’s “The Passion of the Christ” shocked the industry by raking in $611.9 million worldwide.

"The Good Lie," starring Reese Witherspoon helping four young "Lost Boys" from Sudan adjust to life in the U.S., has underlying faith themes. The refugees rely on their faith as they try to leave homeland strife behind, and Witherspoon’s character works closely with a faith-based agency to place refugees with families.

Actors Reese Witherspoon and Ger Duany in a scene from "The Good Lie." Photo courtesy of Alcon Entertainment

To find the Lost Boys actors, the filmmakers held casting calls at churches that have helped resettle actual Lost Boys. Actor Ger Duany, who plays one of the Lost Boys in the film, was himself a Lost Boy. Born in Sudan, Duany was a child soldier before he escaped to Ethiopia and sought refuge in the U.S. at age 16.

The film, being billed as the next “The Blind Side,” already has grassroots support from a diverse set of faith-based leaders and organizations. Megachurch pastor Rick Warren, Sojourners founder Jim Wallis, World Vision, UNICEF, Oxfam and other groups are promoting the film, with some hosting screenings or buying out entire theaters.

“The Blind Side,” based on Michael Lewis’ best-selling book about a black football player taken in by a white family, received a groundswell of support from Christians, eventually grossing over $250 million in the U.S. One of “The Good Lie” producers, Molly Smith, who also produced “The Blind Side,” said this film could face some challenges in drawing people to the theaters.

“‘The Blind Side’ struck a chord with the heartland,” Smith said. “This movie is a tougher sell because it's not entertaining with a story about children of war.”

Though it’s not an overtly religious film, filmmakers employed the same strategy as other films in seeking endorsements from religious leaders and faith-based organizations. 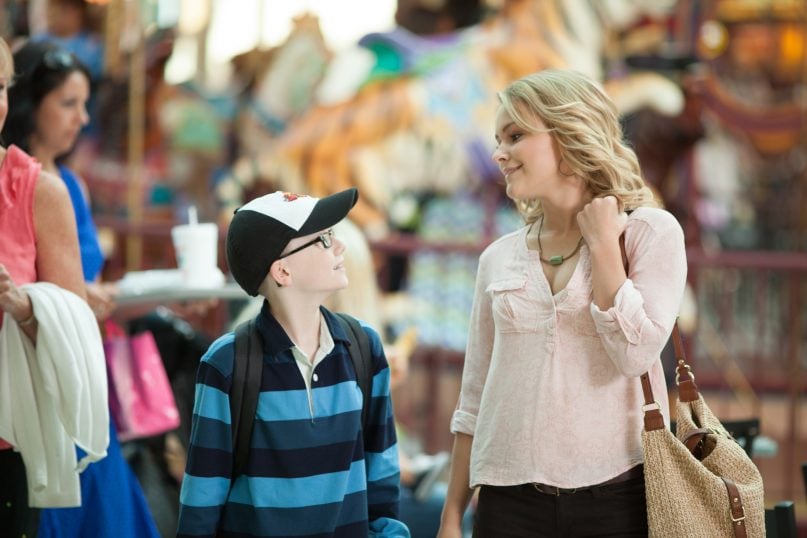 Actors Cassi Thomson and Major Dodson in a scene from "Left Behind." Photo courtesy of Stoney Lake Entertainment

“We didn't set out to make it a faith-based movie. During the journey of the Lost Boys, it was their faith that guided them. We tried to tell the story in an authentic way, and that's part of it,” Smith said. “Movies like this only opens the door to making more movies like this with values, family, sacrifice, love, faith.”

The other film out this weekend, "Left Behind," starring Nicolas Cage, is more overtly religious, based on the best-selling books by Tim LaHaye and Jerry Jenkins about the world after Jesus returns, when true believers are swept into glory and everyone else is left behind.

The first "Left Behind" book, published in 1995 by Tyndale House Publishers, was a surprising best-seller, spawning a series that has sold over 63 million copies. The series’ sales figures would rival “The Hunger Games” trilogy, “The Hardy Boys” series and even “Winnie-the-Pooh.”

The book had already been turned into a 2000 film starring Kirk Cameron, grossing about $4 million, barely breaking even. Tim LaHaye originally panned the newer version but later changed his tune.

"It is the best movie I have ever seen about the Rapture,” he said.

“We're not pursuing endorsements as if the film's success depends on it,” said his grandson, Randy LaHaye, who co-produced the film. “One of the reasons ‘Left Behind’ was successful was because people had no idea they were learning biblical prophecy. In that sense, it's a biblical film.”

Early reviews give “The Good Lie” a boost: The film scored an 84 percent rating on Rotten Tomatoes, which measures how positively movie critics review a film. “Left Behind,” on the other hand, receives 3 percent. Both films will also compete with Ben Affleck's highly anticipated thriller, “Gone Girl.” 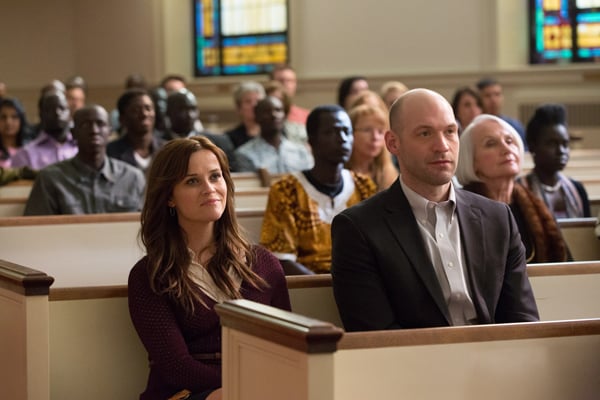 Actors Reese Witherspoon and Corey Stoll in a scene from "The Good Lie." Photo courtesy of Alcon Entertainment

With 2014 shaping up to be the year of faith-based films, the two films reflect the increasingly fierce competition to tap into the purchasing power of Christian moviegoers. Christian audiences turned out in force for surprise hits like 2008's "Fireproof" (which had a budget of $500,000 but took in $33.5 million) and the 2006 film produced by the same Georgia church, "Facing the Giants."

But with Hollywood producing large-scale films like this year’s “Noah,” starring Russell Crowe, smaller-budget films like “Left Behind” might have a harder time standing out at the box office.

Films like “The Good Lie” that don’t feature overt religious themes don’t always perform well. “Moms' Night Out,” which was marketed heavily to the faith-based audience with a production budget of $5 million, drew only $10 million.

In addition, smaller-scale films with faith themes out this fall, such as “Believe Me,” “The Identical” and “The Song,” could have difficulty competing with a film like “Noah,” which had a $125 million budget.

More faith-based films are expected this year. Texas megachurch pastor Joel Osteen signed on with Aloe Entertainment to be the executive producer of "Mary, Mother of Christ," billed as a kind of sequel to "The Passion of the Christ," but production has been bogged down with controversy involving Mexican drug traffickers and money launderers.

The official trailer for “Exodus: Gods and Kings,” about the life of Moses and starring Christian Bale, was released from 20th Century Fox and already has 2.5 million views. And the film adaptation of the best-selling book “Unbroken,” which also has faith themes, will come out on Christmas.

Related Posts
By Kathryn Post
In ‘The Secret: Dare to Dream,’ the law of attraction plays a starring role
By Emily McFarlan Miller
5 faith moments to watch for in Beyoncé’s ‘Black Is King’
By Emily McFarlan Miller
Chicago’s Soldier Field rolls out blue carpet for drive-in screening of movie ‘Fatima’
By Greg Garrett
What movies by and about African Americans can teach us in this hard present
By D.L. Mayfield
Why American evangelicals are so tempted by the easy assurance of conspiracy theories