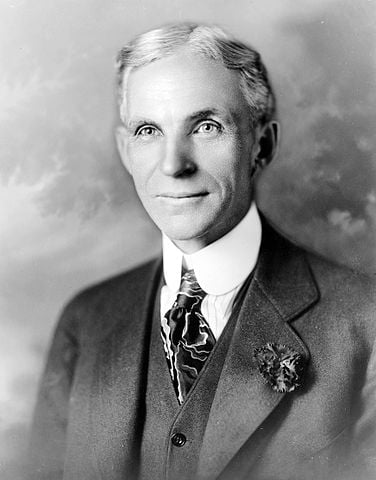 SANIBEL, Fla. (RNS) Mayor Randy Henderson of nearby Fort Myers recently had to withdraw a proposal to rename a local bridge in honor of Henry Ford. In 1915, Ford built a winter residence next door to Thomas Edison’s house, and today the two homes are a popular tourist attraction.

But Alan Isaacs, the director of the local Jewish Federation, and others criticized the idea: “He (Ford) really has a very dark history as far as the Jewish community and Jews are concerned.”

Henderson said he didn’t know about Ford’s anti-Semitic history prior to the controversy, yet nonetheless “there’s a legitimate outcry against this and it doesn’t take a rocket scientist to read Mr. Ford’s background.”

Ford’s “background” is indeed “dark.” Let me count the ways.

In 1919, Ford purchased The Dearborn Independent, then an obscure newspaper published in the Michigan city that was the headquarters of his automobile company. For the next eight years, the weekly publication reflected his bigoted views.

One of the paper’s chief targets was the so-called “International Jew,” a sinister figure cited as the root cause of World War I. In 1921, The Independent printed the “Protocols of the Elders of Zion” even though the book had by then been exposed as a forgery created by the Russian czar’s secret police in 1905 to foment virulent anti-Semitism.

Ford and his publication attracted attention throughout the world, including from Adolf Hitler. In fact, Ford is the only American mentioned by name in Hitler’s notorious “Mein Kampf,” published in 1925. Anti-Semitic Independent articles translated into German and other languages during the 1920s were used to “prove” Nazis were not alone in their pathological hatred of Jews and Judaism.

“You can tell Herr Ford that I am a great admirer of his,” Hitler said. “I shall do my best to put his theories into practice in Germany. … I regard Henry Ford as my inspiration.” By 1925, The Independent had a weekly circulation of 900,000.

But two years later, a libel suit was brought against Ford and his paper and was sent to trial in Detroit. The auto magnate did not testify because he (ironically) suffered an auto accident, and Ford’s doctors felt he was not able to appear in court. The trial came undone when a reporter interviewed one of the jurors, and the judge declared a mistrial.

However, Ford issued a public apology, and in a full retreat, the famous automaker retracted his anti-Semitic views. In December 1927, he ended publication of The Dearborn Independent, claiming he never read the articles in his own newspaper and placed the blame for the anti-Semitic views on his underlings. His mea culpa confirmed the widespread perception of Ford as kind, gentle, and generous, enabling him to disavow his publication without taking responsibility for it.

Ford opposed America’s entry into World War II, blaming the conflict once more on “international bankers,” well-known code words for “Jews.” In 1938, the automaker received the Grand Cross of the German Eagle from Nazi Germany. The Nazi award incensed many Americans who had refused for years, even decades, to buy Ford products.

However, when Ford’s grandson, Henry Ford II, assumed control of the company in 1945, he began a lifelong campaign to support both the American Jewish community and the State of Israel — positive efforts that helped erase much of his grandfather’s negative impact. In addition, “Hank the Deuce,” as he was called, played a major role in the development of the philanthropic Ford Foundation.

In an ironic twist of history, earlier this year, Mark Fields, an American Jew, became the new president and CEO of the Ford Motor Company.