(RNS) Evangelical leaders are angry after city officials in Houston subpoenaed sermons given by local pastors who oppose an equal rights ordinance that provides protections to the LGBT community.

Houston Mayor Annise Parker, who drew headlines for becoming the first openly lesbian mayor of a major American city, led support for the ordinance. The measure bans anti-gay discrimination among businesses that serve the public, private employers, in housing and in city employment and city contracting.

Under one of the hotly contested parts of the ordinance, transgender people barred access to a restroom would be able to file a discrimination complaint.

The ordinance, which exempted religious institutions, was passed in May, though its implementation has been delayed due to legal complaints.

Opponents were hoping to repeal the ordinance through a ballot measure and claimed the city’s attorney incorrectly determined they had not gathered enough signatures to qualify for a ballot. Supporters of the repeal reportedly gathered 50,000 signatures, well over the 17,269 needed for inclusion on the November ballot. Opponents of the repeal have questioned the validity of the signatures. 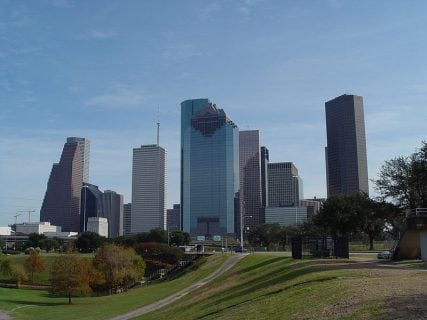 A group of Christians sued the city. In response, city attorneys issued subpoenas to five local pastors during the case’s discovery phase, though the five pastors were not involved in the lawsuit.

The subpoenas sought “all speeches, presentations, or sermons related to HERO, the Petition, Mayor Annise Parker, homosexuality, or gender identity prepared by, delivered by, revised by, or approved by you or in your possession,” according to the Houston Chronicle.

“The subpoenas were issued to pastors who have been involved in the political campaign to organize a repeal of Houston’s new equal rights ordinance,” said Janice Evans, chief policy officer to the mayor, in a statement. “It is part of the discovery process in a lawsuit brought by opponents of the ordinance, a group that is tied to the pastors who have received the subpoenas.”

An Arizona-based religious liberty group, Alliance Defending Freedom, has filed a motion on behalf of the pastors seeking to halt the subpoenas. The ministers call the subpoenas “overbroad, unduly burdensome, harassing, and vexatious.”

“The pastors made their sermons relevant to the case by using the pulpit to do political organizing,” Evans said in her statement. “This included encouraging congregation members to sign petitions and help gather signatures for equal rights ordinance foes. The issue is whether they were speaking from the pulpit for the purpose of politics. If so, it is not protected speech.”

The lawsuit is scheduled for trial in January.

“It’s procedural — it’s common to ask for a wide range of documents — but the mayor is playing real hardball,” said David Skeel, professor of law at the University of Pennsylvania. “The fact that she’s subpoenaing pastors seems quite unusual in a case that’s mostly about politics, and the fact that she’s going inside the church is even more radical. It would be easy enough to get sermons, of course, but asking for them is clearly meant to send a signal.”

City Attorney David Feldman argues the subpoenas are justified because the churches are where opponents of the ordinance met to organize.

“We’re certainly entitled to inquire about the communications that took place in the churches regarding the ordinance and the petitions because that’s where they chose to do it,” Feldman told KTRH News. “It’s relevant to know what representations and instructions were given regarding these petitions.”

The issue has angered evangelicals nationwide, prompting outcry from people such as Russell Moore, president of the Southern Baptist Ethics and Religious Liberty Commission.

“The separation of church and state means that we will render unto Caesar that which is Caesar’s, and we will,” Moore wrote. “But the preaching of the church of God does not belong to Caesar, and we will not hand it over to him. Not now. Not ever.”

The separation of church and state means nothing if not that city government officials can't subpoena church sermons http://t.co/wqSrxDuXnA

“Whether you intend it to be so or not, your action is a direct assault on the religious liberty guaranteed by the First Amendment,” Abbott said in a statement. “The people of Houston and their religious leaders must be absolutely secure in the knowledge that their religious affairs are beyond the reach of the government.”

“Mayor Parker agrees with those who are concerned about the city legal department’s subpoenas for pastor’s sermons.  The subpoenas were issued by pro bono attorneys helping the city prepare for the trial regarding the petition to repeal the new Houston Equal Rights Ordinance (HERO) in January.  Neither the mayor nor City Attorney David Feldman were aware the subpoenas had been issued until yesterday.  Both agree the original documents were overly broad.  The city will move to narrow the scope during an upcoming court hearing.  Feldman says the focus should be only on communications related to the HERO petition process.”

Early this morning, the mayor appeared to tweet her support for the subpoenas.

Although early outcry came from evangelical leaders, Americans United for Separation of Church and State and the Interfaith Alliance also questioned the wisdom of the subpoenas. 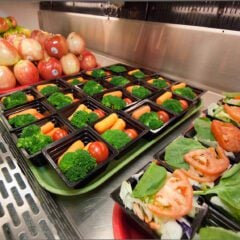