(RNS) This Sunday (Nov. 2), on what is known as All Souls’ Day, Roman Catholics around the world will be praying for loved ones who have died and for all those who have passed from this life to the next. They will be joined by Jerry Walls.

“I got no problem praying for the dead,” Walls says without hesitation — which is unusual for a United Methodist who attends an Anglican church and teaches Christian philosophy at Houston Baptist University.

Most Protestant traditions forcefully rejected the “Romish doctrine” of purgatory after the Reformation nearly 500 years ago. The Protestant discomfort with purgatory hasn’t eased much since: You still can’t find the word in the Bible, critics say, and the idea that you can pray anyone who has died into paradise smacks of salvation by good works.

The dead are either in heaven or hell, they say. There’s no middle ground, and certainly nothing the living can do to change it. 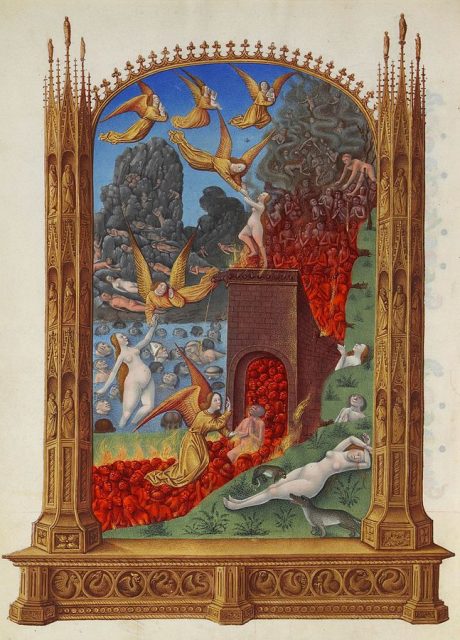 A painting from “Les Très Riches Heures du duc de Berry,” which shows purified souls in purgatory. The souls are trapped in water, fire, on rocky and grassy land, where the are rescued by angels.

Many Catholics don’t seem to take purgatory as seriously as they once did, either, viewing it as fodder for jokes or as the “anteroom of heaven,” an unpleasant way station that is only marginally more appealing than hell.

But Walls is a leading exponent of an effort to convince Protestants — and maybe a few Catholics — that purgatory is a teaching they can, and should, embrace. And he’s having a degree of success, even among some evangelicals, that hasn’t been seen in, well, centuries.

“I would often get negative reactions,” Walls said about his early efforts, starting more than a decade ago, to pitch purgatory to Protestants. “But when I started explaining it, it didn’t cause a lot of shock.”

Walls’ major work on the topic, “Purgatory: The Logic of Total Transformation,” was published in 2012 and completes a trilogy on heaven, hell and the afterlife. He also has a popular, one-volume book synthesizing his ideas coming out from Brazos Press, which targets evangelical readers, and is writing an essay on purgatory for a collection about hell from the evangelical publisher Zondervan.

1. The word “purgatory” isn’t in the Bible, but the idea is there

The New Testament makes it clear that you have to be holy to enter heaven: “Without holiness no one will see the Lord,” as the Apostle Paul’s letter to the Hebrews says. “Nothing impure will ever enter” paradise, adds the author of the Book of Revelation. The usual Protestant explanation is that this transformation takes place in an instant, at the moment of death.

“So everyone believes in purgatory,” said Walls. “The only question is how long it lasts and how it happens.” For Walls, purgatory (or whatever you want to call it) is “a natural theological implication” that “makes sense of things that are taught in the Bible.” 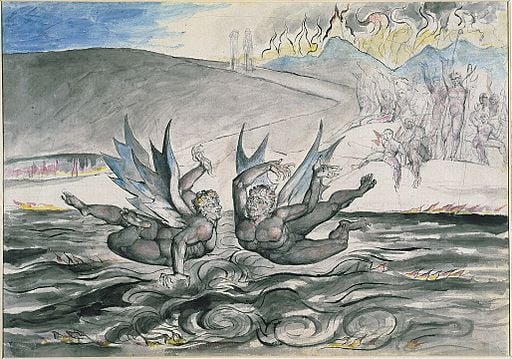 2. It’s still about grace, not works

Critics of purgatory say it was an invention of medieval Catholicism, and in fact Rome only explicitly defined the doctrine in the 13th century. Dante wrote his “Divine Comedy” a few decades later, which cemented the popular image of purgatory (and hell as the “Inferno”).

By the 15th century, purgatory was being exploited as a moneymaking scheme by the likes of Johann Tetzel, the German friar whose sale of indulgences for the remission of sins sparked the ire of reformers like Martin Luther. “They preach only human doctrines who say that as soon as the money clinks into the money chest, the soul flies out of purgatory,” as Luther put it.

But Catholics argue that the earliest Christians prayed for the souls of the dead, and purgatory shouldn’t be dismissed simply because it was abused.

Walls agrees. He adds that time spent in purgatory is not a matter of “earning” one’s way to heaven but is an extension of the journey toward holiness. Believers voluntarily cooperate in that process while alive, with the aid of grace, and it makes sense that they would do so when they die. “If you think God takes our freedom seriously, it’s unlikely he would unilaterally zap us at the moment of death,” Walls said. 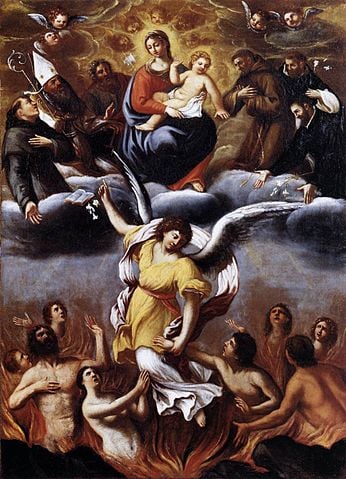 “An Angel Frees the Souls of Purgatory” by Ludovico Carracci (circa 1610).

For a long time, purgatory was seen as a matter of discipline, a kind of experiment in controlled pain that a soul endured before being allowed to pass into paradise (after some number of years that was often the subject of convoluted calculations about the relative value of mortal and venial sins).

In recent years, the emphasis has swung from “satisfying” the justice of God through painful reparations to one of sanctification, or becoming holy.

This reworked version of purgatory is something that has intrigued some Protestants, and it seems to have won over more than a few.

“To suggest instead that Christians will enjoy a kind of express executive elevator at the time of death is to suggest that those who work hard on holiness in this life are wasting their efforts,” John G. Stackhouse, Jr., a popular evangelical author at Canada’s Regent College wrote in an essay on Walls’ ideas in The Christian Century.

Sanctification, Stackhouse said, “remains a demanding, incremental process that cannot be short-circuited in this life. Why should we think there are shortcuts in the next?” In that same issue, Roger Olson, a theologian at Baylor University’s seminary, also gave Walls’ book a sympathetic review.

Walls and others have also cited the English convert and Christian apologist, C.S. Lewis, a hero to today’s evangelicals, who wrote that he believed in purgatory — though he saw it more as a trip to the dentist than Dante’s version.

That’s a powerful lineup, but the debate is still coalescing, and resistance continues, especially among evangelicals.

Scot McKnight, a popular author and New Testament professor at Northern Seminary outside Chicago, has labeled himself “persuadable” on the idea of purgatory but concluded in a series of blog posts on Walls’ writings that he remains “unconvinced” for several reasons, chiefly because “there is no evidence in the New Testament for second-chance purgatory.”

The online magazine Credo last year dedicated an entire issue to the question, which is titled: “Purgatory: An Evangelical Doctrine?” The upshot was decidedly negative:

“Certainly this still smells of salvation by works, even if it be coated differently,” wrote Matthew Barrett, a Southern Baptist and executive editor of Credo. “What a shock it would have been to Luther and Calvin to see Evangelicals not only ignoring our differences with Roman Catholics on issues as large as justification by faith alone, but even going so far as to adopt Roman Catholic doctrines such as Purgatory.”

Walls, however, says that after five centuries of Protestant dismissals of purgatory, it will take some time for the discussion to really get going: “I think that in the next 10 years, purgatory is going to develop as a serious conversation.”