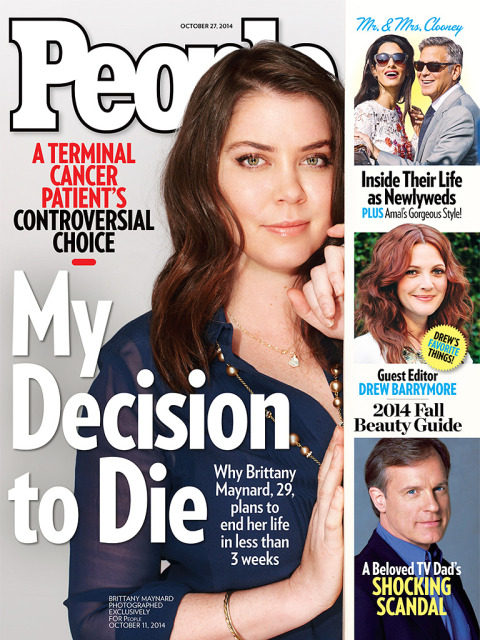 Hope you had a spooky-filled, Reformation-filled and/or rest-filled weekend, whatever you celebrate. Here are 10 items you should know for the water cooler:

Brittany Maynard, the 29-year-old with a brain tumor, died Saturday as she had planned.

Nik Wallenda successfully walked across a high wire above the Chicago River Sunday night. The daredevil prayed with Joel Osteen ahead of his trek

Boko Haram leaders in Nigeria say all 200 kidnapped girls have converted to Islam and been married.

James Fortune, host of “The James Fortune Show,” a gospel radio talk show, was charged with aggravated assault, allegedly lashing out at his wife.

Jack Miles, a former Jesuit seminarian, is working on an inaugural edition of “The Norton Anthology of World Religions.” "It’s also one of the most complex anthologies Norton has tackled and one that promises to start arguments with higher stakes than the squabbling surrounding another of its influential compendiums, 'The Norton Anthology of English Literature,' during the height of the canon wars," the New York Times writes.

From Politico: A record number of rogue Christian pastors are endorsing candidates from the pulpit this election cycle, using Sunday sermons to defiantly flout tax rules.

A hard-line Israeli lawmaker from Prime Minister Benjamin Netanyahu’s Party toured Temple Mount, Jerusalem's most contested holy site, with a police escort on Sunday amid tensions in the region.

A Christian enclave in the mostly Muslim West Bank that has for years crafted the only Palestinian beer is adding wine to its menu.