Today’s guest column is written by Sincere T. Kirabo, a Board Member with Black Nonbelievers and a Regional Director for American Atheists. On the cusp of tonight’s Michael Brown grand jury decision, as we also struggle to comprehend this past weekend’s murder of yet another child in 12-year-old Tamir Rice: I cannot help but ask myself, “What would you do if that were your son?”

The mere thought stings. And it makes me want to ask my fellow nonbelievers: What issues concern you beyond mere thoughts? What issues evoke a sense that something must be done? What provokes you to raise a banner to protest injustice?

There’s a hierarchy of social issues that stir me to speak out and act to diminish inequality, however infinitesimal my reach may be. I would wager that almost all of us have such a hierarchy. But I’d like to ask: How often do you gut-check yourself and consider the things you support or oppose?

Take a look at the world, riddled with so many diverse disparities, and attune your social justice meter to it. Where do you invest your time and energy?

In such reflections, you may find the need to revise your positions in some way. It may also be possible that you see something that troubles you.

Many topics conflict with my sensibilities to the point that I’m motivated to say or do something. For example, I live in the U.S.—a country steeped in Christian privilege. This causes the nonbelieving sector to draw an especially short stick. I’m actually okay with people believing whatever they wish—but I am concerned when those beliefs support an attitude that’s sectarian in nature, causing the believer to unfairly discriminate or enforce prejudicial principles.

Similarly, I’m concerned with the plight of women and LGBTQ people. The hate is real, as are the gender and sexuality privileges of the majority. While I profit from being both male and heterosexual, I acknowledge my privilege and refuse to stand by while others are discriminated against.

This is why I campaign for inclusionary changes. I am what you would call an ally, or someone from one social identity group who stands up in support of members of another group—typically a member of a dominant group standing alongside members of a group being treated unjustly.

But what about the continued proliferation of racial disparity in a country whose national myth of equal opportunity is still believed by those who refuse to take a closer look? Just as Christian, heterosexual, and male privilege are real, so too is white privilege.

To avoid a never-ending list of examples, what has and is currently transpiring in Ferguson is a perfect microcosm of this nation’s prevalent problems resulting from implicit biases that hinge upon negative stereotypes and racial stratification.

These issues greatly affect me. I am forced to delicately conduct myself in ways many non-Blacks cannot even comprehend, so that I’m not the next Akai Gurley—another precious life lost in recent days.

Black lives matter. But it isn’t enough that I—a Black man—say so.

I keep referencing privilege. Within the context of this discussion, privilege refers to the myriad of social advantages and benefits associated with being a part of an in-group. Said benefits exist, whether or not one has earned them or consciously vied for them. Almost universally, privilege is something conferred upon one without them having any say in the matter. Thus, when announcing the existence of privilege, it isn’t about shaming someone or pointing an accusatory finger. It’s about awareness and deflating inequality.

So then, where are all my social justice warriors who frequently and proudly rail against inequities relating to religion, gender, or sexual orientation, but can’t seem to muster up any noticeable qualm for Eric Garner, Dante Parker, Rekia Boyd, Aiyanna Jones, and others like them?

Many likely cringe at the presence of such discrimination. However, on matters so significant, it isn’t enough to inwardly be opposed. We need more outward action.

This species of ignorance is especially insidious, but it can be easily teased out when we take off our blinders, as some seem more readily able to do when dealing with almost any other issue besides racism.

I know not all atheists identify as secular humanists, but for those that do—for the nonbelieving individuals and groups who, like me, contend for secular rights and ethical reasoning conducive to the wellbeing of all humans in the here and now—I need you.

Enough is enough. We need progress. We need change.

Can I get a social justice ally? 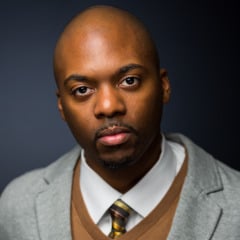 Sincere T. Kirabo is a writer who embraces secular ethics and skepticism. A Board Member with Black Nonbelievers, he is also a cofounder of their upcoming “New Turn” program, a secular solution to curb recidivism, and a Regional Director for American Atheists.