“Words allow us to express our feelings, to record our experiences, to concretise our ideas, to push outwards the frontiers of intellectual exploration. Words can move hearts, words can change perceptions, words can set nations and peoples in powerful motion. Words are an essential part of the expression of our humanness. To curb and shackle freedom of speech and expression is to cripple the basic right to realise our full potential as human beings.”

Yet in Myanmar, one word remains largely off-limits, even to Daw Suu.

“Rohingya” is the self-identity of a predominantly Muslim ethnic minority group in Myanmar’s western Rakhine State. More than 140,000 of the estimated 800,000 to 1.1 million Rohingya were pushed to dire displacement camps in 2012 during regional conflicts. An estimated 100,000 Rohingya have since fled the country to escape violence and persecution.

Myanmar’s government systematically denies Rohingya access to basic public services, education and healthcare. The term “Rohingya” was absent from this year’s landmark census, and most Rohingya have been denied citizenship.

This word, “Rohingya,” clearly has power. Why won’t Aung San Suu Kyi use it?

A political analyst with access to Daw Suu relayed one of their recent conversations to me.

The situation in Rakhine State and across much of Myanmar is indeed volatile, tense and uncertain. More blood will be spilled, whether she speaks out or remains silent. But silence is not the answer.

Aung San Suu Kyi’s political ambitions remain limited by parliament’s unwillingness to amend a flawed constitution that bars her from the presidency. It’s reasonable to assume that she, a politician, will still prioritize her party the National League for Democracy ahead of next year’s elections. But then what?

Daw Suu has done incredible things for her country and inspired generations of global thinkers. To remain silent on one of today’s gravest humanitarian crises, one that is within Myanmar’s borders and control, risks fully compromising her credibility and status as an internationally respected stateswoman.

Aung San Suu Kyi’s global stature offers her the unique potential to transcend, or rather circumvent, national politics. If the military won’t let her change policy from within, from the top, to improve the Rohingya’s plight and the status of other ethnic and religious minorities, she has a moral duty to attempt to do so from the sidelines, to capitalize on her Nobel Peace Prize in order to bring lasting peace to disenfranchized minorities and a diverse, divided, yet still fledgling democracy.

If Daw Suu cares about her country (and her legacy) she must speak out against the atrocities unfolding within it, atrocities the government flat-out denies. In short, she must embrace her role as a global stateswoman.

No global statesman shone brighter in recent years than Nelson Mandela. His leadership saw South Africa and the world confront difficult challenges and unpopular truths, including post-apartheid reconciliation and HIV/AIDS. Mandela’s legacy is not flawless, even on these issues. He was a human plagued by misjudgments, mistakes and regrets. But he died last year with a noble legacy intact.

The Economist’s obituary of Mandela concludes, “Hard though much of his life had been, Mr Mandela lived long enough to see his work through. That gave him his great achievement, and his story a happy ending. And the modern world loves a happy hero even more than a tragic one.”

Mandela’s legacy as a politician was secured in his 70s and his legacy as a statesman in his 80s and 90s. Daw Suu is 69 and seemingly in excellent health, but her political aspirations remain blocked by an uncompromising military. Her continued silence on the Rohingya crisis now puts her legacy as a global stateswoman at stake. More seriously, it leaves the lives and destinies of unprotected minorities in jeopardy.

Mandela once said, “There are times when a leader must move ahead of his flock.” For Aung San Suu Kyi’s legacy, for Myanmar’s future, for the fate of the Rohingya, this is certainly one of those times. If she fails to do so by the end of next year, post-general election, her disappointing place among the flock will be secured. 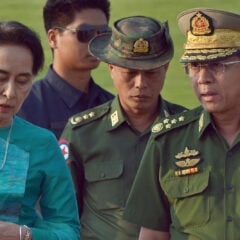 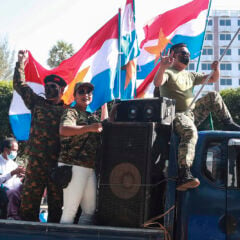