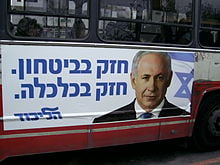 One of the few bright spots in the current Israeli government has been its readiness to cut back on special privileges for the country’s growing Haredi (ultra-Orthodox) population. Most importantly, this has involved ending the exemption from compulsory military service for all eligible Haredi men.

Now in pursuit of another term in office, Israeli Prime Minister Binyamin Netanyahu is backtracking. Calling for new elections next year, he’s dumped his centrist finance and justice ministers, both of whom strongly supported ending Haredi privileges. In a press conference yesterday, he declared that he is opposed to subjecting Haredi students who refuse military service to imprisonment, as other draft dodgers are. He is widely reported to be making overtures to bring Haredi political parties into the government.

These moves cast light on Netanyahu’s widely reviled proposal to pass a new “Basic Law” declaring Israel to be “the Nation-State of the Jewish People.” As if the law’s emphasis on Israel’s Jewish character at the expense of equality for all its citizens weren’t enough, it also makes Jewish law – which is what the Orthodox rabbinate says it is – “a source of inspiration” for the government.

So here’s what Netanyahu has on offer as he runs for reelection: a failed peace process, a stuttering economy, and a retreat from the principle of equality under the law. That’s what’s known in Yiddish as shonda fur die goyim — a disgrace in the eyes of the world.