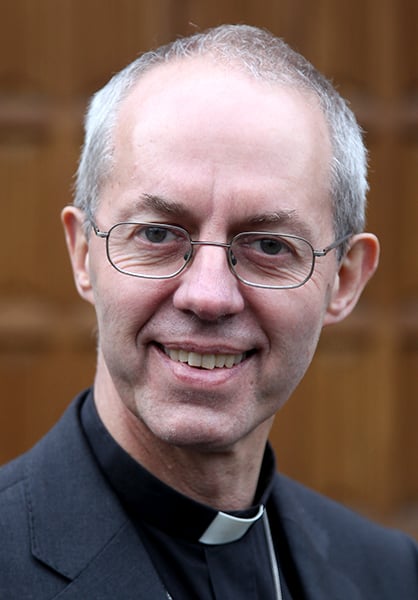 Archbishop of Canterbury Justin Welby supported legislation that allowed women to be ordained bishops in the Church of England.
December 9, 2014
Trevor Grundy

CANTERBURY, England (RNS) In a lengthy interview in The Times of London, Archbishop of Canterbury Justin Welby predicted that the Anglican Communion might not hold together because of strong disagreements on the ordination of women as bishops and full rights for LGBT people.

In a lengthy interview in The Times of London, Archbishop of Canterbury Justin Welby predicted that the Anglican Communion might not hold together because of strong disagreements on the ordination of women as bishops and full rights for LGBT people.

The candid interview came at the end of Welby’s visits to the 38 provinces (or country-states) that make up the Anglican Communion.

Welby said that although individual churches remain "strong, resilient and thriving," the differences among them remain profound.

“I think, realistically, we‘ve got to say that despite all efforts there is a possibility that we will not hold together, or not hold together for a while,” he said. “I could see circumstances in which there could be people moving apart and then coming back together, depending on what else happens."

Rod Thomas, chairman of Reform, an evangelical network of English and Irish Anglicans opposed to women bishops and LGBT ordination or unions, agreed with the archbishop’s assessment.

“If, as an Anglican, you believe more or less the same things but you just can’t reach agreement on something that is terribly divisive, you do go your separate ways. That will mean that the heads of various Anglican churches around the world won’t be able to meet together and say ‘Look, we’re all united’ in the same way they did in the past.”

Thomas is also a member of the General Synod, the governing body of the Church of England.

“The issue that’s splitting us is not just sexuality,” he added. “It is how attached to the Bible’s teachings do we intend to be."

Welby said that some churches, particularly in Africa, may find it difficult to remain in a single global Anglican Communion. But he insisted, "It would take a long time for the latent underlying link of Canterbury to cease to be an important factor in the way people looked at life and the Communion."

Canterbury is regarded as the "mother church" in the Anglican world.

But its authority is being challenged by a global network of conservative Anglican churches known as the Fellowship of Confessing Anglicans, which was formed in 2008. The fellowship is made up of leaders in African, Asian, Australian, South American and some North American churches.

The archbishop’s tour took him around the world -- from Brazil to South Sudan and from Rwanda to South Korea, where he attended the 2013 Assembly of the World Council of Churches.

In his Times interview, he spoke about whether and when to call another Lambeth Conference, the regular summoning to Canterbury of all the leaders of the Anglican Communion.

Lambeth Conferences are typically held every 10 years; the last was in 2008, when Rowan Williams was archbishop.

Welby said he held very different views from some of the Anglican leaders he met on his world tour. He described a visit to the U.S. as “a real gift in terms of communication. At least there was understanding why we disagreed with each other when we disagreed rather than simply disagreeing and not understanding each other."