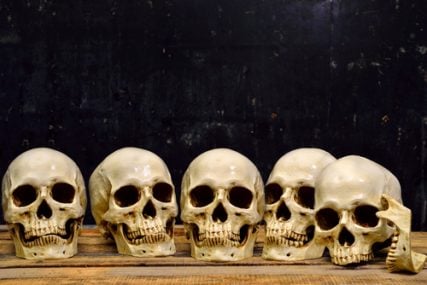 The release of the Senate report on torture this week brought to light several disturbing facts about U.S. involvement in “enhanced interrogation techniques” such as rectal feedings, near-drownings, extensive sleep deprivation, and death threats.

It also reminded Mormons of something we’ve known for a while: that at least two of our own were responsible for drafting and legalizing these reprehensible policies.

Both of these men are probably very nice people. Bybee, in fact, told Meridian magazine in 2003 that he hopes his tombstone someday reads, “He always tried to do the right thing.”

But as lyricist Stephen Sondheim has rightly pointed out, nice is different than good. Today as the specific details of our country’s approval of torture become clear, some are noting a huge disconnect between the actions of these men and the teachings of the Mormon faith.

A By Common Consent editorial observed that critics “aren’t wrong to note our [Mormons’] deference to authority”:

I too am appalled by the Mormon connection. These are men who dehumanized others, or at least planned and authorized that systemic dehumanization . . . and then went to church on Sundays to partake of talks and lessons on basic morality.

How did this happen, and what can Mormons do about it?

The first step is to admit that we have a problem. Several years ago, the Mormon Times* published a shrill and defensive column about Mormonism and torture, saying that journalists had damned all Mormons for the actions of a tiny minority of the church’s members. While this is a fair point, the column went overboard by claiming that journalists’ even documenting the men’s Mormon connection was an example of anti-Mormonism.

It’s not anti-Mormonism to point out that at least two key torture advocates in the Bush administration were LDS, especially considering that Mormons only constitute less than 2% of the general population.

Worse than that overrepresentation, which could always be explained by way of coincidence, is the fact that the LDS Church as an institution has not publicly called on governments to prohibit torture. In 2005, it did not join with other religious leaders in demanding the Bush administration end all forms of torture, though it did issue a private statement that condemned “inhumane treatment of any person under any circumstances.”

Apparently we Mormons can join with other religious leaders in officially denying LGBTQ people the right to marry (as in last month’s LDS participation in the Vatican conference on the family), but we can’t join with them in saying that the physical and emotional torture of human beings is unacceptable.

Our interfaith cooperation extends only so far as it furthers our own agenda.

So let’s put torture on the agenda. Let’s talk about it. And let’s learn from the example of Mormon Alyssa Peterson, who went to Iraq in 2003 as a counter-intelligence interrogator. As was recounted in Religion Dispatches, when Peterson was ordered to use “advanced interrogation techniques,” she refused to comply. Tragically, she committed suicide rather than participate in torturing other human beings.

Mormonism helped to create Bybee and Jessen, but it also shaped Alyssa Peterson. Our tradition contains the seeds for a more robust moral courage; we only need to nurture them.

* Clarification 12/11/14: I had originally assumed that this column was part of the Deseret News since it is hosted on the Deseret News website, but I have been informed that it was first published as a personal column in Mormon Times. This should be considered a separate publication that does not reflect the editorial positions of the staff of the Deseret News. I apologize for my error in attribution. In fact, I was happy to learn that the News in 2011 published its own editorial declaring that torture is wrong.