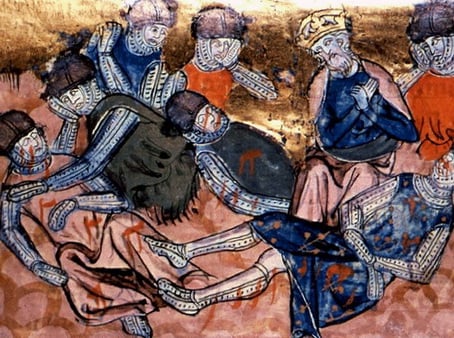 That’s according to a new Washington Post/ABC poll, which asked respondents whether they thought torture was sometimes, often, rarely, or never justified. Sixty-nine percent of white evangelicals, 68 percent of white Catholics, and 63 percent of white non-evangelicals said “sometimes” or “often.” Fifty-eight percent of Nones — those who said they had no religion — said “rarely” or “never.”

It could be argued that these differences have more to do with partisanship than with religious identity. At the extremes of the poll’s demographic spectrum are conservative Republicans (72 percent pro-torture) and liberal Democrats (59 percent anti-). It was the Republican administration of George W. Bush that tortured suspected terrorists and the Democratic administration of Barack Obama that stopped the torturing. White Christians tend to vote Republican and Nones tend to Democratic. Q.E.D.?

I don’t think so. While it would take a regression analysis to determine the precise importance of each variable, religious identity matters, and more than race. (Sixty-one percent of whites are pro-torture, as compared to 51percent of non-whites.) Citizens belong to political parties because of their values as well as their interests. To say that partisanship is responsible for a group’s position on torture begs the question of why the group prefers one party to the other in the first place.

Christians, especially conservative Christians, favorably contrast their own belief in divinely established moral principles to the “situation ethics” of the non-religious. So why are American Christians so much more situational in their approach to torture than American Nones?

“Pagans are wrong, Christians are right,” says Roland, as he prepares to die defending his army against a Muslim onslaught in the medieval Song of Roland. Since 9-11 and in the immediate wake of the CIA torture report, white American Christians have embraced the particularist principle of American Exceptionalism. They’re wrong, we’re right, and therefore we’re justified in proceeding by any means necessary.

American Nones are holding to the neutral principle of Enlightenment morality enunciated in the Declaration of Independence — “that all men are created equal, that they are endowed by their Creator with certain unalienable Rights, that among these are Life, Liberty and the pursuit of Happiness.” Whoever they think that Creator is, it means that, for most Nones, torture is impermissible under just about all circumstances.