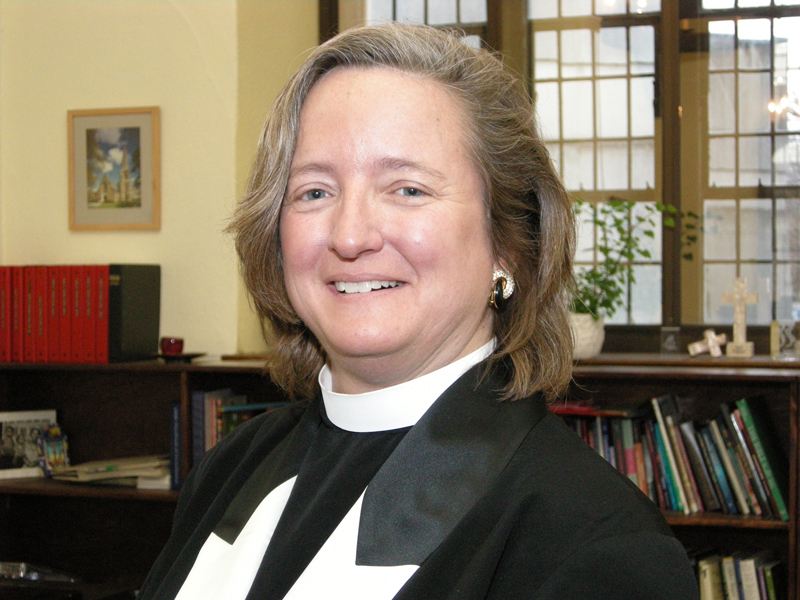 (RNS) The dean of a flagship Episcopal seminary will step down after a stormy tenure, conflicts with faculty and larger debates over the future of theological education.

The Very Rev. Katherine Hancock Ragsdale announced her decision not to continue as dean and president of Episcopal Divinity School in Cambridge, Mass., when her contract expires at the end of June. Ragsdale is the second-ever female chief and the first lesbian to become leader of an Episcopal seminary.

Ragsdale said she had asked EDS trustees "if possible, to expedite the process of naming a successor so that I may explore new opportunities. Of course I will do everything I can to insure a smooth transition."

Ragsdale entered as dean in 2009 after the institution sold off $33 million in property to resolve some of its financial challenges, including outstanding debt.

In a statement, trustees praised Ragsdale for honoring "our tradition of being a respected and progressive center for study and spiritual formation for lay and ordained leaders" with only a brief mention of the "darkness of challenges to the field of theological education."

Some of the changes to the traditional residential seminary model that she proposed brought her into conflict with the faculty. In 2013, Ragsdale was given a vote of “no confidence” by faculty.

According to the Institute on Religion & Democracy, a Washington think tank often critical of the mainline church, EDS draws 7 percent from its $66 million endowment to cover operating costs. Most nonprofits are expected to draw 5 percent or less from their endowments to remain sustainable.

Ragsdale has been outspoken in her support of abortion rights, earning the title of "the high priestess of abortion" from critics. She has served on the board of NARAL Pro-Choice America and as past chair of the Religious Coalition for Reproductive Choice.

In 2012, she recalled escorting a 15-year-old girl to an abortion clinic in Boston after the girl said she was raped. "If helping young women like her should be made illegal I will, nonetheless, continue to do it," she told a House subcommittee in Washington.

EDS is one of the most progressive of the 10 accredited Episcopal seminaries, described as “leaders in educational programs that are enlivened by theologies of liberation, especially the many voices of feminist, congregational, ecumenical, and global studies.”

Ragsdale promoted her ecumenical work in a talk at the Episcopal Church General Convention in 2009 reflecting broader inclusion of other faiths at EDS.

"The occasional Jew or Buddhist at EDS does not compromise our mission, it enriches it," Ragsdale said. "I don't subscribe to the 'we should all be one' mentality. Our traditions are each unique and got us where we are."

Another Episcopal Church seminary experienced turmoil in the past year. General Theological Seminary in New York faced controversy when its dean, Kurt Dunkle, faced opposition from a majority of faculty whose “resignations” were accepted by the GTS board despite not being offered. Eight of the nine dismissed faculty were eventually “provisionally” reinstated.