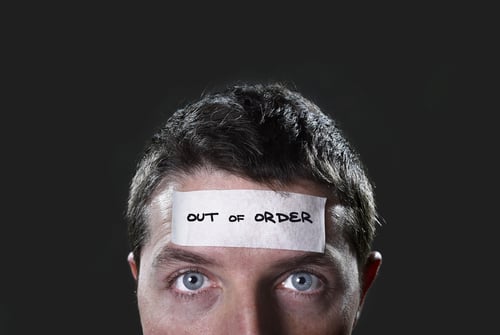 Yesterday the Deseret News offered up a terrific piece chronicling the early return of Elder Logan Groll, a missionary who was initially called in 2013 to serve in Brazil.

However, he never made it to South America. Panic attacks and symptoms of POCD -- Purely Obsessive Compulsive Disorder, which apparently differs from OCD in that its sufferers do not experience repetitive behaviors, only intrusive thoughts -- sent him straight home from the MTC, much to his frustration.

After six months of therapy and preparation at home, he headed out for a domestic mission in Washington State, where he fulfilled his dream of becoming a missionary. His companions and supervisors loved him. His mission president, and the president's wife, had nothing but good things to say about him.

But soon he was on a plane bound for home, again a victim of pervasive panic attacks, nausea, and insomnia.

There are many things I love about this feature story by Christmas Jars author Jason F. Wright, who puts Elder Groll forward as a success story, full stop. The article does not stigmatize Groll for returning early, but calls attention to the reality of mental illness and how it, like physical illness, isn't something a person can control:

The article is matter-of-fact about mental illness, medications, and professional treatment, all topics that have in the past been stigmatized in the Church (and in the culture at large). For example, in the first edition of Bruce R. McConkie's Mormon Doctrine, the entry on "psychiatry" was cross-referenced with "Church of the Devil."

The piece also has some great suggestions for ward members and other loved ones on how to behave toward a missionary who has returned home early for mental or emotional reasons.

Sister Mullen, the wife of Elder Groll's mission president, says that early returning missionaries have to deal constantly with the difficult question of when (not whether) they are going to return to the mission field:

She encourages members to take another approach. “Just love them. Support them. Tell them you know they did good work. Tell them, ‘We’re glad to have you home. Now relax!’”

During our interview, she circled back several times to this central concern. “Don’t ask when they’re going back out. Don’t ask details. Love them.”

I hope you'll check out the article, which is very worth reading. In the end, Wright tells us, Elder Groll is "still serving a mission; he's just not wearing a name tag. He's on a mission to help others with similar experiences find peace."