Donate to RNS
Support our work
Our top donors
watch on tyndale.com

(RNS) A Christian publisher will stop selling “The Boy Who Came Back from Heaven” now that the young subject paralyzed in a car crash says the story of going to heaven is not true.

Tyndale House told both NPR and The Washington Post that it will withdraw the best-selling 2010 book by Alex Malarkey and his father, Kevin Malarkey.

The publisher made the decision after Alex wrote an “open letter” to the retailer LifeWay which said, “I did not die. I did not go to Heaven.” It was posted on the Pulpit and Pen website.

The Malarkey book is one of a spate of best-sellers about and by those who say they have gone to heaven and returned. The best-known is “Heaven is for Real” by Todd Burpo, a No. 1 USA Today best-seller, which was turned into a movie.

“The Boy Who Came Back from Heaven” peaked at No. 46 on USA Today’s list. 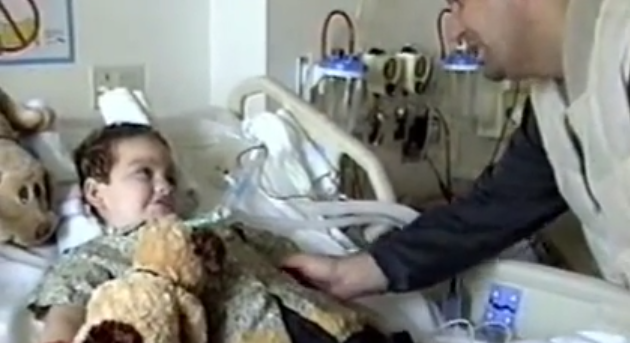 Alex Malarkey was severely injured in a car accident, and his reported visions of heaven formed the basis of the book, “The Boy Who Came Back From Heaven,” which he now says was a fake. Via YouTube.

According to the publisher’s description of the book, “in 2004, Kevin Malarkey and his 6-year-old son, Alex, suffered an horrific car accident. The impact from the crash paralyzed Alex — and medically speaking, it was unlikely that he could survive. ‘I think Alex has gone to be with Jesus,’ a friend told the stricken dad. But two months later, Alex awoke from a coma with an incredible story to share. Of events at the accident scene and in the hospital while he was unconscious. Of the angels that took him through the gates of heaven itself.”

But in his open letter, Alex wrote: “I said I went to heaven because I thought it would get me attention. When I made the claims that I did, I had never read the Bible. People have profited from lies, and continue to. They should read the Bible, which is enough. The Bible is the only source of truth. Anything written by man cannot be infallible.”

He also said: “Please forgive the brevity (of the letter), but because of my (medical) limitations I have to keep this short.”