Netanyahu, in defending the visit, has indicated that he is coming to Congress to speak as the representative of the “entire Jewish people.” American Jews are largely appalled by the notion that Netanyahu, or any other Israeli politician — one that we did not elect and do not choose to be represented by — claims to speak for us.

This isn’t the first time that Netanyahu has claimed the mantle of the representative of the Jews, nor is it the first time that Jews around the world have been affronted by the idea that the prime minister of Israel would claim to speak for them. What makes this moment unique, however, is the unprecedented cracks in the bipartisan consensus that usually sustains unquestioning support for Israel.

Thus far, at least 25 members of Congress have publicly pledged to skip Netanyahu’s speech, including the heads of the Congressional Black Caucus and the Congressional Progressive Caucus. Staunch Israel supporters, from Thomas Friedman to Jeffrey Goldberg, have expressed concern that the current brouhaha threatens the bipartisan consensus on Israel, while even the leaders of the Anti-Defamation League and the Union for Reform Judaism have called on Netanyahu to cancel his speech.

For years, some political observers have noted that there is an alliance of true belief between the Republican Party and the Likud-led Israeli government, while Democratic party principles should at least in theory require some criticism of Israel’s settlement building, human rights violations, and discriminatory policies. Of course, it hasn’t until now played out that way, as the pressure from donors and the skillful Israel lobby has enforced a virtual, if superficial, consensus on Israel.

Now, under the guise of supporting Obama and inter-party wrangling, some Democrats have the opportunity to express a little of their deep anger not only toward Israeli policies, but their perception that they’ve been forced to support those policies even when they didn’t agree with them to ensure their re-election.

This partisan split is why staunch supporters of the Israeli status quo want Netanyahu to cancel the speech — they fear this initial crack in the consensus could lead to a permanent split, with Israel becoming a partisan issue.

While coverage of the controversy over the speech has focused on violations of diplomatic protocol and Israeli officials attempting to play Democrats and Republicans against one another, the stakes are actually much higher. Netanyahu is not only trying to dictate American policy toward Iran, but is also using the issue of Iran as a way to avoid hard questions about Israel’s policies toward Palestinians and its own citizens.

The current controversy around Netanyahu’s speech has revealed what we have known for a long time: that the increasingly oppressive and hawkish policies of the Israeli government do not reflect the values of American Jews, nor of Democrats. Israel’s right-wing leadership — which justified a brutal war against Gaza last summer, continues settlement construction in the face of international censure, and allows ongoing attacks in the streets of Israel against Palestinians and anti-war activists — is not worthy of our support. 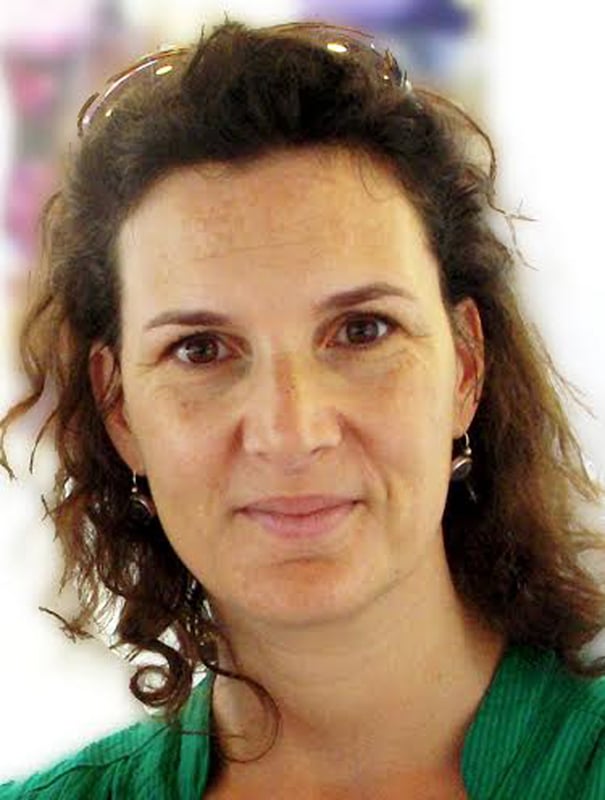 Rebecca Vilkomerson is executive director of Jewish Voices for Peace. For use with RNS-VILKOMERSON-COLUMN, transmitted Feb. 20, 2015. Photo courtesy JVP.

The long-standing bipartisan support for Israel even as it continues to flout international law and undermine the possibility for peace has long been an anomaly in U.S. politics. That’s why those of us who have long advocated change in U.S. policy towards Israel see the growing backlash against the speech as a hopeful sign.

A couple of weeks ago, Jewish Voice for Peace and a coalition of allies initiated an online campaign to ask our elected officials to #skipthespeech as a strong statement against warmongering and electioneering. Over 55,000 people have since taken action. Other progressive groups have issued similar calls.

Trends indicate a growing discomfort with Israeli actions among many Americans, including people of color and young Jews. Elected Democratic officials may increasingly find support among their base for taking a clear stand against warmongering and Israel’s assumed unconditional support by the U.S. Skipping the speech is turning out not just to be good policy, but good politics.

(Rebecca Vilkomerson is the executive director of Jewish Voice for Peace, the largest grass-roots Jewish organization working for equality and human rights for all the people of Israel and Palestine.)