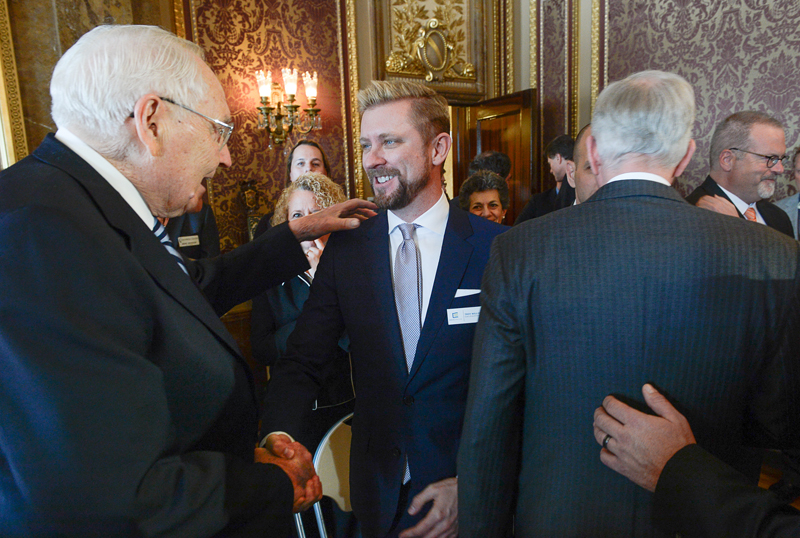 SALT LAKE CITY (RNS) After seven years of debate and a historic compromise, the Utah House of Representatives on Wednesday (March 11) voted final passage of a bill to enact the state’s first statewide nondiscrimination protections for the gay and transgender community, while providing safeguards for religious liberty.

The 65-10 vote was the last legislative hurdle for the bill, just one week after it debuted with the blessing of the Church of Jesus Christ of Latter-day Saints and the LGBT community.

Utah’s Republican Gov. Gary Herbert was expected to sign the bill at a ceremony on Thursday.

Equality Utah Executive Director Troy Williams hailed the vote as a “monumental day for Utah. This vote proves that protections for gay and transgender people in housing and the workplace can gracefully co-exist with the rights of people of faith. One does not exist at the expense of the other.”

Under the bill, existing anti-discrimination laws for housing and employment would be amended to include sexual orientation and gender identity and clarify exemptions for religious institutions and provide protections for religious expression.

The legislation would make it illegal for employers and landlords to discriminate against individuals based on their sexual orientation or gender identity. Religious organizations and their affiliates, along with the Boy Scouts of America, would be exempt from the bill’s requirements.

The measure’s other religious protections would prevent workers from being fired for expressing beliefs on marriage, family or sexuality unless they conflict with the employer’s business interests.

The bill grew out of weeks of negotiations between lawmakers, the LGBT community and Mormon leaders, who stated their rare — some have said historic — support for the legislation.

Critics’ concerns over process and legalities frustrated the House’s only black member, who said the bill was long overdue. “I stand before you today disturbed that in 2015, we have individuals in our community who are standing before us asking to be treated equally. This is embarrasing,” said Rep. Sandra Hollins, a Salt Lake City Democrat.

GOP Rep. Brad Wilson supported the bill by trying to assuage the fears of those worried about changing Utah’s fundamental character, which is dominated by the LDS Church. The faith claims membership of more than 60 percent of Utahns and more than 80 percent of state lawmakers.

“This legislation does not — contrary to what some people claim — wash away the character of the religious community that we live in. In fact, it strengthens that character in many ways,” Wilson said. “This is a place where we want all people to feel welcome and loved.”

With its enactment, Utah will become the 19th state to provide protection for the LGBT community in housing and employment based on both sexual orientation and gender identity, according to data tracked by the national Human Rights Campaign. No federal laws provide such protections.