At least 75 Tanzanians with albinism have been killed in the past 15 years. Why? Because they are the ghosts of colonialists. Because their mothers cheated on their fathers with white men. Because their body parts are magical. 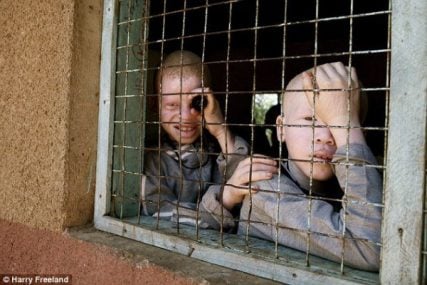 All of these commonly held local beliefs are unfounded, but witchdoctors and bounty hunters are spinning the last one for profit.

In 2009, a complete set of albino body parts (limbs, genitals, ears, tongue, etc.) sold for about $75,000 on the blackmarket, a staggering sum in a country where most people earn just a few hundred dollars per year.

This ‘magical body parts’ myth is a new one, seemingly manufactured by witchdoctors about a decade ago to bring in more revenue. It’s that same old snake oil story, this time with consequences far more dire. Wealthy buyers are duped into believing that corpse fragments will bring good luck and more wealth. As a result, vulnerable communities are being eradicated to meet demand.

Thousands of albinos in eastern Burundi and northwest Tanzania have gone into hiding for fear of their lives since the current murder spree began in 2007. Their freedoms are evaporating. Their lives are being extinguished.

Tanzania’s government is finally taking serious steps to stop the killings. 225 witchdoctors were arrested this week after their practice was banned in January, and trials are under way to prosecute killers who have long enjoyed impunity. Despite these recent crackdowns, another albino toddler was found dismembered last month.

Albinos aren’t the only Tanzanians dying unnecessarily for supernatural causes. In October, seven people were burned alive for “witchcraft.” Such accusations are often leveled at elderly women and others with red eyes, leading to some 500 lynchings per year. In October, one of the alleged witch killers was himself a witchdoctor. The mind boggles.

Reconciling fundamental human rights can sometimes feel like a blurry balancing act. The right to life and the right to freedom of religion or belief are both enshrined in the Universal Declaration of Human Rights. But if practicing your beliefs involves the murder of another human being for whatever reason you’ve convinced yourself is legitimate, prepare to face the consequences. Your right to manifest a belief doesn’t trump another’s right to live. The right to life is absolute.