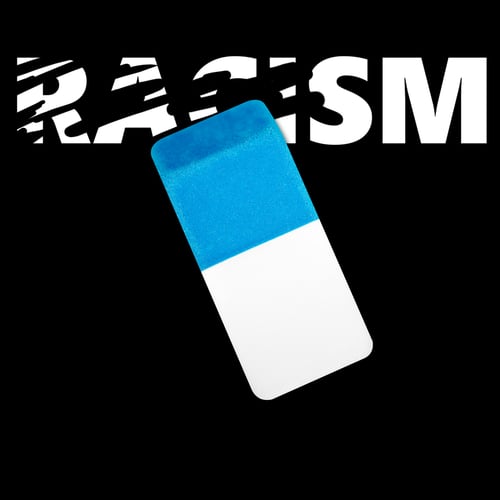 I’m pleased that Bryndis Roberts’s guest post on Mormon racism has generated some important points of discussion. But I’m disturbed by several of the comments, especially the one that begins “I stand in defense of Brigham Young and the church leadership at the time” and then proceeds to outline why the racist priesthood ban was the will of God.

Early this morning, that same commenter offered “a few more indications the Priesthood restriction came from the Lord,” listing quotes from two prophets and the Encyclopedia of Mormonism to clarify the “fact” that the racist priesthood restriction had divine origins, was the correct thing to do at the time, and showed Mormon prophets’ faithfulness to the will of God, however unpopular their actions may seem now.

It’s not just that it is the very definition of circular logic to claim that LDS prophets were right about something . . . and then offer as the only evidence the statements of other LDS prophets.

It’s that such arguments constitute idolatry, pure and simple. They reveal the sad truth that some Mormons are more willing to throw the Lord God under the bus than they are to allow prophets to be human beings.

Their need for an idol runs so deep that they can recast the creator of the universe as a racist more readily than they can see Brigham Young as a man who was often inspired to do great and marvelous things but who was also, for better and for worse, a creature of inherent finitude. Like us.

An idol, remember, is any creature that we worship instead of God. Such a creature always promises us pleasure in some form, whether it is the pleasure of excitement (as when sex or money is the idol) or the more subdued prudence of promised security (as when Mormons cross the invisible line that separates loving and respecting our leaders from mistaking all their words for God’s).

Defending the priesthood ban as a righteous doctrine just so we can protect our need for to worship something predictable and in keeping with our own sinful expectations (in this case, our legacy of racism) is a violation of the first commandment.

It also, at its core, reflects a distinct lack of compassion for the suffering of others. And compassion, rather than blind obedience, lies at the core of following the Lord.

This month in Primary we have focused on prophets, and every week we have been learning verses to the song “Follow the Prophet.” You may remember the part about Enoch:

Enoch was a prophet; he taught what was good.

People in his city did just what they should.

When they were so righteous that there was no sin,

Heav’nly Father took them up to live with him.

The verse is faithful to the story. Like many Primary songs that are focused on imparting particular desired behaviors, the song draws a direct connection between the behavior of Enoch’s people and their immediate heavenly reward.

It wasn’t until I read Terryl Givens’s book Wrestling the Angel that I began to think about Enoch in a more expansive way. Givens calls attention to Enoch’s remarkable encounter with God, in which he speaks to God face-to-face about God’s remarkable capacity to empathize with human beings.

“How is it thou canst weep?” is Enoch’s refrain.

God replies along the lines of: “How could I not weep?” Indeed, how could God not weep seeing our misery, some of which is self-inflicted, and the terrible things we do to one another?

In the story God in some way grants to Enoch the privilege and terrible burden of seeing as God sees. The Scripture tells us that Enoch suddenly knew and looked upon the wickedness and misery of human beings, “and wept and stretch forth his arms, and his heart swelled wide as eternity; and his bowels yearned; and all eternity shook” (v. 41).

And that is the moment that Enoch became like God. It had little to do with power or blind obedience – in fact, he continues throughout the chapter to question and plead with God — and everything to do with pain.

Here is what Givens has to say:

In this magnificent, if harrowing, imitatio dei — Enoch experiences his own moment of infinite, godly compassion and empathy. Enoch is drawn into the divine nature — his heart swells wide as eternity — through a shared act of vicarious pain for the spectacle of a suffering humanity. . . . Humans can become partakers of the divine nature through full integration into God’s heavenly family, but that implies a love that has its wrenching costs as well as supernal blisses. (305)

One lesson here for Mormons is that we have a mandate to test everything, even the words of the prophets, against God’s love and infinite compassion. If anyone teaches us to dehumanize our brothers and sisters, we will test that counsel against the Rule of Love. It’s important to note that Moses 7:22 itself would not pass the test: so we will also test the Scriptures against the Rule of Love.

And when we and our prophets make mistakes – as we inevitably will — we will repent with sincere compassion for the harm we have caused, rather than persisting in the willful pride of our idolatry.