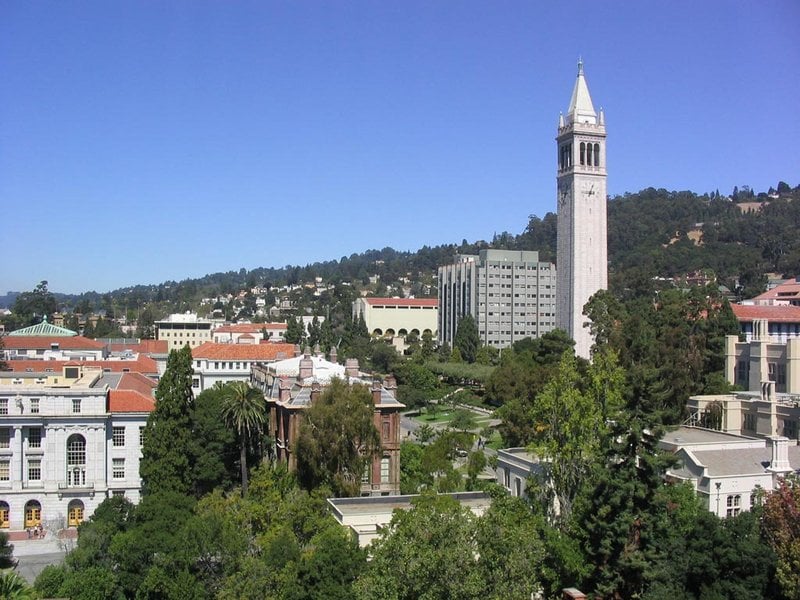 The campus of the University of California, Berkeley in Berkeley, Calif., showing Sather Tower in addition to a number of other academic buildings.

According to most statistics, yes — but the phenomenon is far more complicated than it first appears, primarily because everyone oversimplifies it.

The data, and the anecdotes, are shocking. In a study conducted in spring 2014 (notably, before the Israel/Gaza conflagrations of last summer), 54 percent of Jewish students said they had personally witnessed or experienced an anti-Semitic incident. And in just the last two months, swastikas have been painted on walls at the University of California’s Berkeley and Davis campuses and at New York’s John Jay College.

But what do these incidents mean? There is a great reluctance even to engage with the question.

Among liberals, even though it is obvious that many of these incidents are motivated in part by Israel/Palestine politics, no one wants to give hatred a pass. A swastika is a swastika, graffiti is graffiti, and collective guilt — in this case, blaming all Jews for specific actions of Israel — is always wrong.

Conservatives, meanwhile, routinely conflate anti-Israel and anti-Semitic speech. The far-right David Horowitz Freedom Center, for example, recently released its list of the American college campuses with the “worst anti-Semitic activity.” But many of those activities were protests of Israel. Extreme, perhaps, and unfair; but not really the same as anti-Semitism.

The fact is, the borders of anti-Semitism are permeable. Human speech does not divide neatly into “hate speech” and “political speech.” Thus, if we are to avoid the over-generalizations, we must be more rigorous in our definitions of the phenomenon or we risk diluting the evil of anti-Semitism itself.

In fact, a swastika is not just a swastika. Consider an anti-Israel protest that depicts an Israeli flag with a swastika on it. Offensive, to be sure. But what is it saying? It’s saying that Nazis are bad, and that the Israeli government is Nazi-like.

Now consider an anti-Semitic incident in which someone sprays a swastika on a synagogue door. Also grossly offensive, to say the least. But it is saying something very different. It is saying that Nazis are good, and we should finish the work they started.

The same symbol thus has two nearly opposite meanings.

Of course, vandals and thugs are not careful semioticians. Anti-Israel sentiment all too easily slides into anti-Semitism, and that’s the point. The dual meaning of the swastika is surely not lost on those who make use of it; they know it is a way to hit Jews in the gut. By way of analogy, one may depict African-American politicians or celebrities in many ways, but not by using imagery of animals or apes; that crosses the line into racism, regardless of its supposed motivation.

It’s also true that when someone punches a Jewish student in the face (as a Students for Justice in Palestine activist did recently), it’s an act of hate — and the exact source doesn’t matter much to the kid whose nose is broken. Even if the Israel/Palestine conflict is causally responsible in some way, the thug is morally and legally responsible — as are activists who are irresponsible with their reasoning and rhetoric.

At the same time, this is not, as one politician put it recently, “anti-Israel feelings serv(ing) as a shield for anti-Semitism.” It’s not as though, secretly, the activist has long hated Jews but now finds an expedient way to express it. The opposite is likely true. Most likely, she has soaked in extreme anti-Israel propaganda, which outrageously depicts Israelis as not just unjust, or responsible for an unjust occupation, but bloodthirsty, callous, animalistic and greedy.

The hate did not garb itself in politics. The politics garbed itself in hate. Still wrong, still contemptible — but different.

Or take the accusation of dual loyalty, which for Jews again harks back to Nazi propaganda, not to mention the Dreyfus Affair and centuries of Christian anti-Semitism. At UCLA recently, a student government board asked a Jewish candidate if her Jewishness could lead to bias and conflicts of interest. The condemnation was swift.

But this particular student is active in Hillel, the national Jewish student organization, which bans any speech or organization — including at co-sponsored programs — that supports the Boycott/Divestment/Sanctions movement. Hillel’s national president recently pulled out of the conference of J Street, a Zionist organization deemed not pro-Israel enough by his donors. Hillel routinely tells only one side of the story and promotes trips to Israel, which do the same.

Is it not appropriate to ask about conflicts of interest if a student is both working with student government and with a student organization that bans certain groups?

Once again, however, the boundaries were blurred. The student government board didn’t ask about her Jewish organizational activities; it asked about her Jewish identity. This crossed the line, because it made her suspect for who she is — even if she might actually be suspect because of what she does.

On the other hand, let’s recall that just a few weeks ago, Israeli Prime Minister Benjamin Netanyahu purported to speak on behalf of the entire Jewish people when he “warned” Congress on Iran. Of course, many Jews (myself included) protested that he does not speak in our name. Is it wrong for a thug, protester or naïve student government officer to draw the same conclusion as the prime minister of Israel?

And what about Islamophobia? Many of the same people complaining of anti-Semitism say things like “force is all the Arabs understand” or, in the words of Pamela Geller, that this is a battle between “civilized man and barbarian.” It may be accurate to call ISIS barbarians, but all Arabs? All Muslims? All Palestinians?

The factors that differentiate anti-Semitic from anti-Israel speech are subtle. Are symbols or themes from anti-Semitic history being used, even if only subconsciously? Are Jews (or Israelis) depicted as evil, monstrous or less than human? Is collective guilt assumed based on identity? And finally, is the intent to terrorize, wound or harm?

To be sure, some of these factors are present in anti-Israel rhetoric; many of them are absent in expressions of anti-Semitism. But that doesn’t mean that making such distinctions is invalid. It means the phenomenon is complicated — and that oversimplification makes it worse.