Click on “Projecting the World’s Faith” below to begin a slideshow of each graphic in full size. Religion News Service graphics by Tiffany McCallen 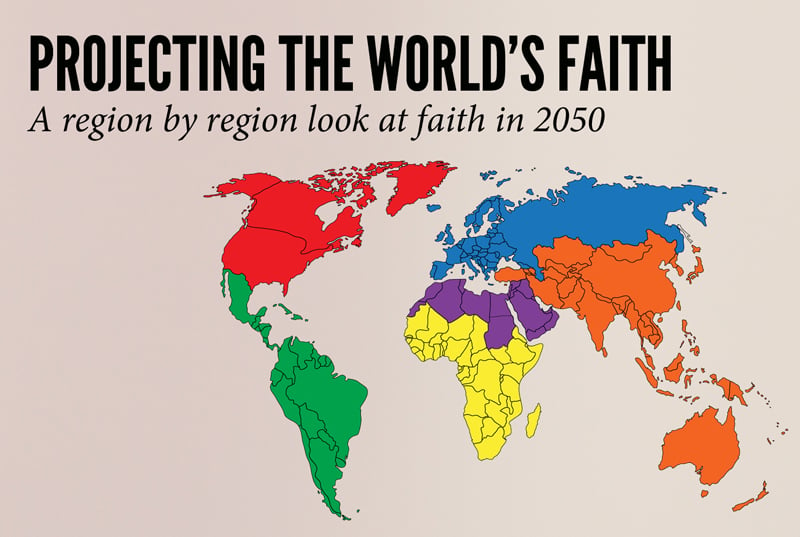 “Projecting the World’s Faith: A region by region look at faith in 2050,” Religion News Service graphic by Tiffany McCallen 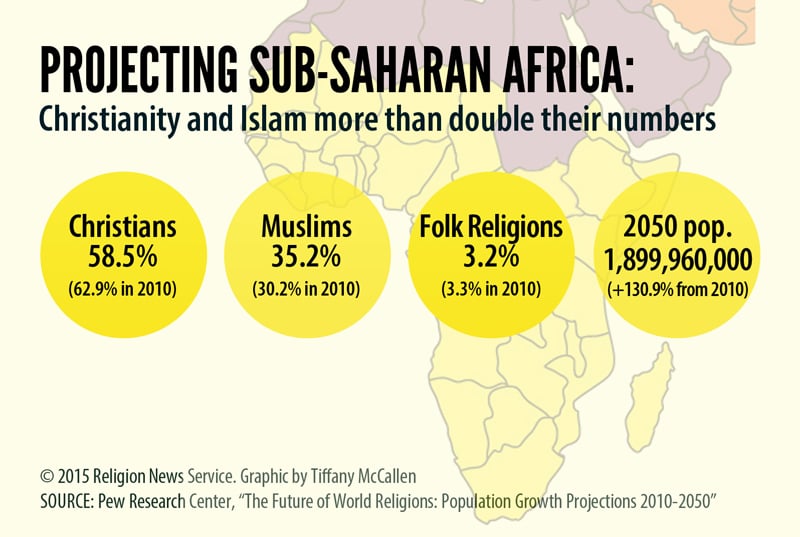 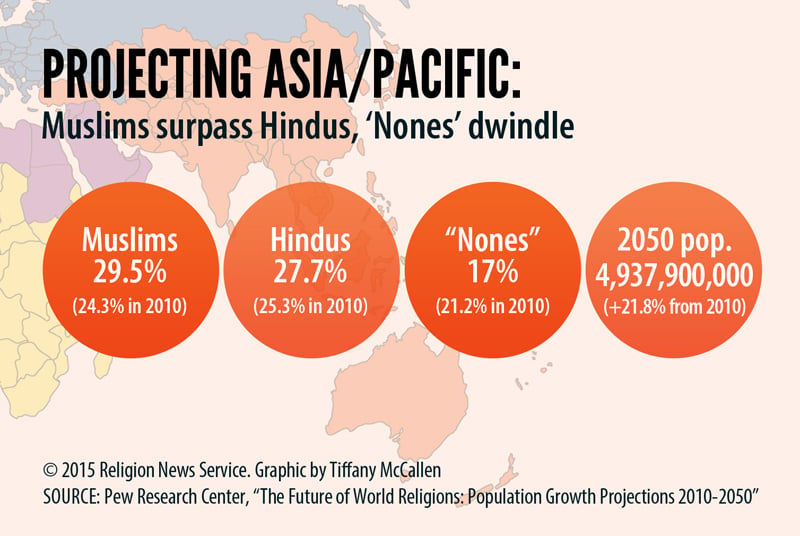 (RNS) Muslims will overtake Christians by the end of this century.

The numbers of people with no religious identity will soar in the United States and Europe, but the unaffiliated will lose worldwide market share as Christians maintain a steady growth.

All these changes are drawn from the Pew Research Center’s new  projections, released Thursday (April 2), that map global faith traditions and how they’re likely to shift by 2050.

The report says nothing about the transcendent message of any religion. It makes no claims about believers’ level of devotion or practice.

Instead, it’s a story of nitty-gritty statistics: Which group is having babies (lots of babies or just a few)? Which ones have many young people, and which are slowly graying out? Whose followers are on the move — from one nation to another, or switching religions? 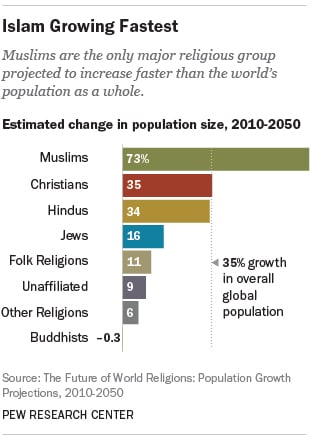 “Demographics are an underappreciated force that is shifting the contours of faith,” said Conrad Hackett, the Pew demographer who led the six-year study. Hackett analyzed projected changes for Christians, Muslims, Jews, Hindus, Buddhists, folk religions, other minority religions and the unaffiliated.

Those contours matter. The Pew Research Center doesn’t delve into political forecasting, but readers of the report’s projections from 2010 to 2050 might feel a thumb press down on many sore spots and raise questions beyond the scope of Pew’s data:

“The question is: ‘How will we understand each other?’” said Cooperman. “Sub-Saharan Africa is 12 percent of the world population now, and it will be 20 percent by 2050. That’s huge growth for people to get their heads around.”

The report, sponsored by the Pew-Templeton Global Religious Futures project, offers many more head-spinning numbers and a religion-by-religion, region-by-region analysis of data from 198 countries and territories, representing nearly all the world’s population. 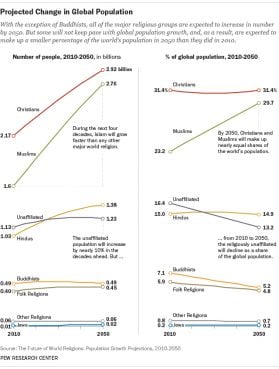 “No one has done anything like this before, so we had no idea about the big picture,” said Hackett.

“In many ways the value of projects like this is not to say what the world will look like in 2050. The world could change,” said Cooperman. “But they tell us about the world today and the recent path. Peering into the future greatly illuminates what is happening today and its consequences.”