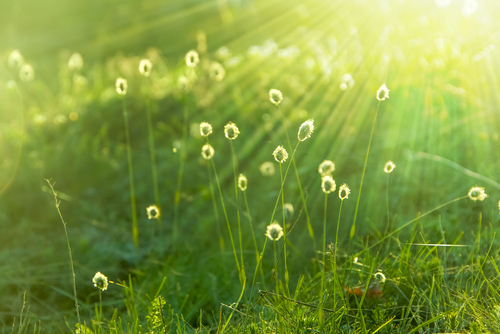 (RNS) Little by little, the direct sun of spring is vanquishing the snow of this long winter, and new life is starting to emerge.

Something similar is happening in my home state of Indiana, where the darkness met behind closed doors to conspire against certain citizens in the name of religion.

For a time, hatred prevailed. But then a more-direct sun began to shine in the American heartland, and people took notice of what the Republican-controlled Legislature and cowardly governor had done.

The people spoke out. It started with leaders in the tech community (Salesforce, Apple, Angie’s List) and, to my amazement, pillars of the sports establishment, such as the NCAA and NASCAR. Soon, citizens across Indiana and the nation condemned the state’s so-called Religious Freedom Restoration Act as little more than legalized discrimination.

Leaders of universities playing in Indianapolis in the NCAA national basketball championship spoke out against the law. Several states and cities, as well as numerous corporations, banned official travel to a state where their LGBT employees and customers might face discrimination. 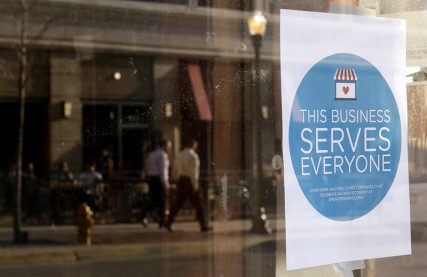 A sign reading “This business serves everyone” is placed in the window of Bernadette’s Barbershop in downtown Lafayette, Ind., on March 31, 2015.  Photo courtesy of REUTERS/Nate Chute *Editors: This photo may only be republished with RNS-EHRICH-COLUMN, originally transmitted on April 7, 2015.

Politicians joined the protest, including even the Republican mayor of Indianapolis. Soon the governor himself began exploring ways to walk back the legislation. The Legislature went along.

Religious leaders acted. The Indianapolis-based Christian Church (Disciples of Christ) reconsidered plans to hold an upcoming national convention in Indianapolis. The head of Christian Theological Seminary, also in Indianapolis, issued an eloquent condemnation of the state RFRA as offensive in many ways, but especially because it violates the gospel of Jesus Christ.

Social media posts on the situation in Indiana were so numerous that there was hardly room left for cat videos.

This is what happens when the people speak. The direct sun of actual voices melts the wintry darkness of imagined outrage, as conspiracy theories, religious paranoia and angry-God scenarios are revealed as the fulminating of a small base inside the right-wing religious bubble.

It’s unclear whether the state of Indiana will continue to reel under ridicule and disdain. But it’s clear that a tipping point has been reached. People who know they have voice realize they need to use it for good, not just for commerce and amusement.

Corporate leaders such as Apple’s Tim Cook realized they have an obligation to be community leaders. Politico reports that more than 100 tech executives, including the heads of Google and Facebook, joined the Human Rights Campaign’s call for states to reject discriminatory legislation and to add the LGBT community to existing civil rights laws.

Follow-up and next-step commentary continues to flood social media. Anyone who thought religion was dead in the U.S. has only to read the millions of social media posts on this religion-themed brouhaha.

University and college leaders — always attentive to wealthy patrons — realized they can’t just raise money. They need to bring the ethical, intellectual and political voice of the academy into the public square.

Even big-time athletic leaders such as the NCAA, NFL football and NASCAR have a civic obligation. They need to do more than collect tickets and demand public funds to build new stadiums.

I take this as a hopeful moment. The religious right wing is being exposed to a more direct sun. People of goodwill aren’t sitting back and waiting in safe comfort for the bigots to run out of steam.

Posted in
Culture Politics
Support RNS and get your donation doubled