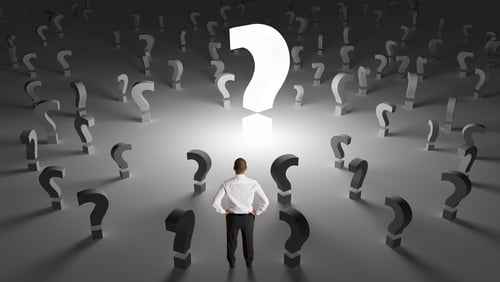 On Sunday, I was heartened and nourished to hear not one but two loving talks at General Conference about doubt and faith.

Primary General President Rosemary Wixom and Elder Brent Nielson of the Seventy both shared stories of people they know who have worked through doubts. In both cases, the doubters eventually returned to the Church, but the anecdotes didn’t have that triumphal and judgmental trope I’ve seen before in Mormon discourse: i.e., “these people lost the faith because they were A) unrighteous B) lazy C) looking to be offended or D) all of the above. Probably D.”

In fact, Sister Wixom went out of her way to explain that was not the case for the woman whose story she was telling. Earlier this week I discovered that the woman in question is part of an online discussion group I also participate in, where she confirmed that Sister Wixom adhered to the facts as the woman herself had outlined them in a Relief Society lesson. (In fact, the only thing she thought Sister Wixom may have gotten wrong was in graciously describing her as a “young mother” when she feels a bit older than that most days!)

This woman was not angry at the Church, and enjoyed nurturing relationships with ward members and parents who loved her through her questions. Still, those questions turned to doubts — deep ones that seemed to rock the very foundations of the Mormon faith she grew up in:

In spite of her substantial support system, she became less active. She said, “I did not separate myself from the Church because of bad behavior, spiritual apathy, looking for an excuse not to live the commandments, or searching for an easy out. I felt I needed the answer to the question ‘What do I really believe?’”

This, to me, was the heart of this talk and of this moment for many people in our Church. What do we really believe? How do we find God when the traditional answers the Church has given to people who struggle with doubt prove inadequate? In their most benign form, these answers have been self-help advice to pray more/read the Scriptures more/volunteer more/put a smile on your face more/count your blessings more.

More, more, more tasks heaped upon the individual who is already often worn down with the hard and necessary work of asking questions.

I’ve heard all of those task lists, those benign and well-intentioned responses. The more sinister and fear-filled answer (which I have heard less often and hope is diminishing thanks to talks like these) is usually something along the lines of, “Your questions are not important, or are even dangerous. If you can’t stop asking them yourself, at least stop asking them where other people can hear you. The Time-out Corner of Shame is over there.”

In more than 20 years as a Mormon, I can tell you that I have absolutely sucked as a missionary. I have never “brought anyone into the Church,” and frankly feel little desire or calling in that direction. Where I do feel called is in helping those who may already have one foot out the door feel more heard and included.

Sometimes that happens through my writings, and sometimes it happens because people at Church will grab me in the hallway and ask me to talk to their adult child who has stopped attending or their friend who is struggling with doctrine or history. I try to make myself available to those conversations, and I hope I have been helpful. Most of the time I say little, because I’m not there to trot out the Four Laws of Apologetics, and would be hopelessly inept at doing that anyway. I am there to be an ear, and a shoulder. That is all.

How a religion deals with doubt, and with doubters, is a test of its maturity. Mormons aren’t alone in wondering how best to handle questions and burnouts and crises of faith. Perhaps it is true that religions that focus so much on the early stages of faith – the dramatic conversion experience, the honeymoon phase of a new walk with God, the missionary mandate – have not paid enough attention to what happens in the middle, that lifelong struggle of enduring to the end. We focus plenty on our behavior in the middle, but not so much on our waxing or waning faith.

My friend Lauren Winner, an Episcopal priest, writes about this “middle” in her memoir Still: Notes on a Mid-Faith Crisis. This book, my favorite of all she has written, is about what happens when reality sets in:

We don’t talk especially well in the church about people’s moments of spiritual desolation, and maybe there are Christians who don’t have those moments, but I think most of us have them. It’s actually part of the architecture of the Christian life, not the odd exception. The communities of which I have been a part are wonderful, nurturing, nourishing Christian communities, yet they do a better job talking about the beginnings of people’s spiritual lives. We have a long history in North American Christianity of narrating people’s conversions as though that’s the end of the matter, when really that’s the prelude to the matter. And sometimes in our communities we say in response to someone’s spiritual desolation, “It’s fine; it’s understandable; we’ve all been there,” but we expect it to get resolved in about six weeks. And if it doesn’t get resolved in about six weeks, the person must not be trying hard enough or something, or not doing the right kind of praying.

These are wise words. I’m delighted that talks like Sister Wixom’s are turning doubt into a legitimate topic of conversation in Mormon culture, and not a dirty word. Decriminalizing doubt and doubters is the first step. The next task is much harder: cultivating a corporate faith that openly acknowledges that times of spiritual desiccation are a vital part of the Christian life.