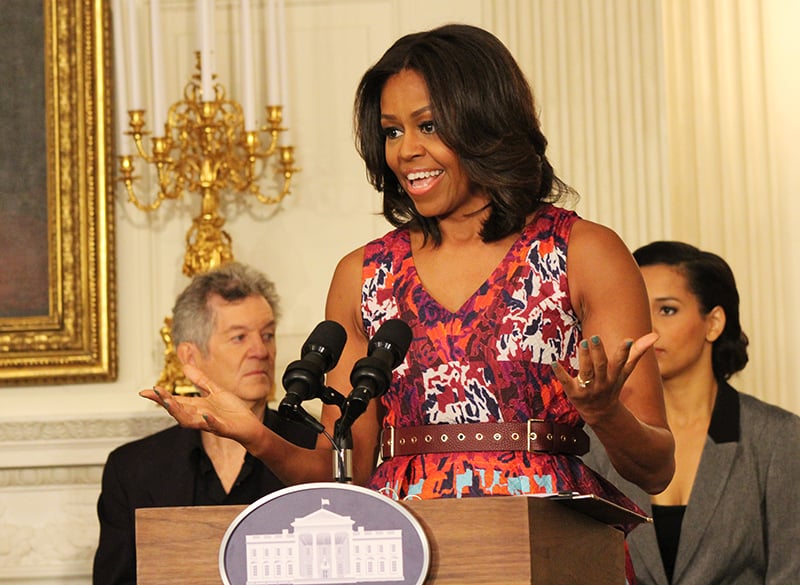 First lady Michelle Obama spoke of her admiration of gospel music as she welcomed students to a workshop at the White House on gospel music on April 14, 2015. Religion News Service photo by Adelle M. Banks

WASHINGTON (RNS) First lady Michelle Obama hosted a discussion with musicians and students on gospel music at the White House on Tuesday (April 14), praising gospel’s role as “a ray of hope” in American history.

“Gospel music has really played such an important role in our country’s history,” she told more than 100 students gathered in the State Dining Room, “from the spirituals sung by slaves, to the anthems that became the soundtrack of the civil rights movement, and to the hymns that millions of Americans sing every single day in churches all across the country.”

Here are some of the lessons learned during the 75-minute event, where Grammy Museum Executive Director Bob Santelli interviewed a panel of singers and songwriters ahead of a star-studded concert that will air on PBS on June 26 as part of the “In Performance at the White House” series.

1. Gospel music is personal for the first lady.

“I’m really thrilled that we’re really focusing on gospel,” Obama said of the series that has previously featured classical, country and soul music. “It’s something that I wanted to do since we started.”

As Obama grew up, her aunt directed the church choir and her mother was one of its members.

“Gospel music is what fuels my love of music in general,” the first lady said. “I know that for so many folks across the country and around the world, there’s nothing like hearing a choir sing an old gospel classic. When you hear that music, it gets your feet tapping and your heart pumping. It gets you ready and prepared to take in that sermon for the day. It is what helps connect us to God, to that higher power, and for so many when times are dark and when you struggle, gospel music is that ray of hope and it gives you that strength.” 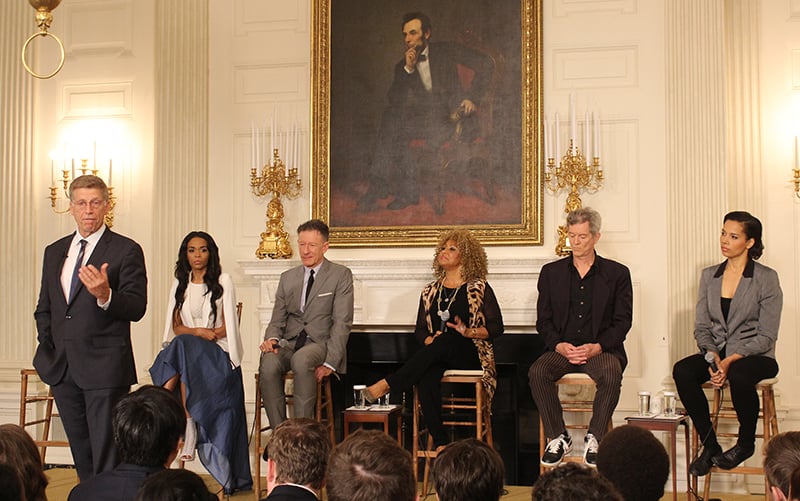 2. Much of American pop music has its roots in gospel.

“Even though it is a sacred music form, essentially born in the church and sung in the church, it has a lot of connections to the kind of music that’s on your iPod today,” said Santelli. “When Africans came to this country by way of slavery, they weren’t able to bring too much with them in terms of material possessions, but they brought the most important and the most valuable thing. That’s what was in their heart, what was in their soul, and that was almost always music.”

“I sang my first solo at the age of 7 — a hymn called ‘Blessed Assurance,’” said former Destiny’s Child member Michelle Williams, who continued as a solo gospel artist. “Gospel music really is my first love.”

“I had a chance to see Whitney Houston when she was 16 years old,” said Santelli, who, like Houston, grew up in New Jersey. “She sang in the New Hope Baptist Church Choir in Newark. … It’s not surprising that she became who she was in terms of a singer. She learned it in the church.”

Country music singer-songwriter Lyle Lovett told the gathering that he sang in his church’s children’s choir before becoming a country music name. 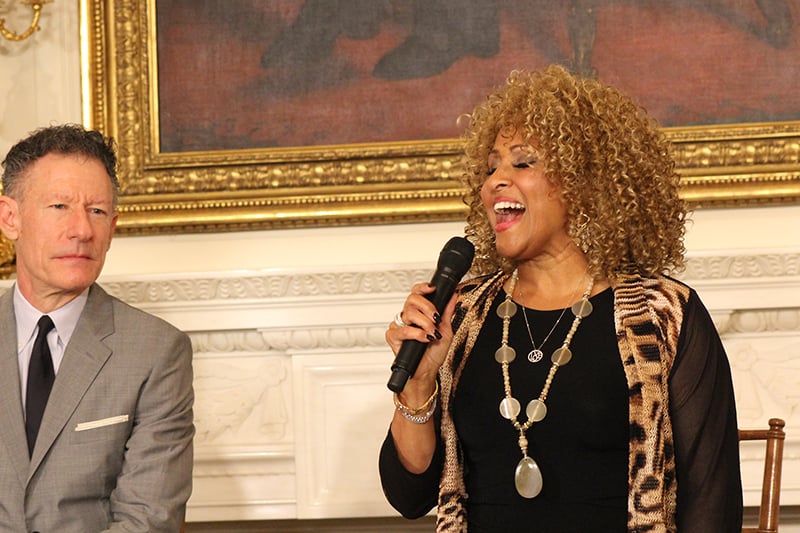 Singer Darlene Love sings “His Eye Is On the Sparrow” at the conclusion of a workshop about gospel music at the White House on April 14, 2015. To her left is singer-songwriter Lyle Lovett. Religion News Service photo by Adelle M. Banks

“Like Aretha and Sam Cooke, my father was a pastor,” said Darlene Love, who sang backup for Elvis, Cher and Cooke and is an inductee of the Rock and Roll Hall of Fame. “My father actually got a lot of flak when I started singing secular music or, as they called it, ‘the devil’s music.’”

When she appeared in the 1960s on the “Shindig” television series, her father really heard about it when members spotted her on the show.

“They would go to my father and say, ‘I can’t believe you’re allowing your daughter to sing that devil’s music,’ and my father would say to them, ‘Well, why were you watching it?’”

The “King of Rock ‘n’ Roll” may have been a hit on the secular stage, but the three Grammys he received were for gospel music, Santelli said. He won two for “How Great Thou Art” and one for “He Touched Me.”

Love attested to Presley’s love for the genre.

“He said that he used to go on a Sunday night to a black church in the South, and back then they didn’t have air conditioning,” she recalled. “The windows were open and he would go and just stand at the windows and listen to the music.”