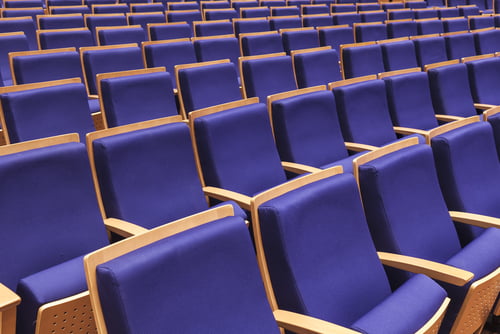 Three years ago I was in my hometown over a May weekend and begged my mom to go see The Avengers with me.

“But Mom, it’s Joss Whedon. Joss Whedon wrote this movie,” I insisted, as though that one fact should and would settle the matter.

It did. We went that night. As I had predicted, my mom loved the movie, enough so that after I returned home she convinced a few of her retired buddies to take a chance on it too. She bought two copies of the DVD when it came out—one for herself and one for me, as a Christmas gift.

I found my copy that December when she was in the hospital. My brother and I were staying in her house, a place that felt lonely and uncertain at night with just the two of us rattling around with all our worries. Mom had been diagnosed with a rapidly advancing breast cancer and taken to the ER earlier that month. It was becoming clear that she would not be coming home.

For Christmas I gave Mom a portable DVD player, the kind that little kids use to watch cartoons during long car trips. We used it in her hospital room to revisit some of her favorite movies, but it turned out that she couldn’t stay awake for more than a few minutes at a time to watch them. I watched the beginning of Sherlock Holmes: Game of Shadows with her several times, because she was eager for me to see it, but we never progressed past the first twenty minutes. I still don’t know how it ends.

I could of course rent that movie at any time and find out, right? Except that I can’t. The very thought of watching it without her makes me want to cry.

Mom died just after the New Year that winter, so we never got to revisit The Avengers together on DVD. I’m grateful that I had basically forced her to go when it was playing in theaters, that the movie joined the long and hallowed list of films we watched together. I associate large parts of my childhood with the various movies my mom took me to see, like the Christopher Reeve version of Superman when I was tiny, or The Empire Strikes Back, or War Games. (You can see now why I knew she would like The Avengers, right?) And there was also more serious fare, like Gandhi. Mom taught me during the intermission -– there was actually an intermission! –- about the history of Indian independence, all imparted between puffs on her Vantage cigarette.

Movies aren’t just entertainment; they’re memories of life and love. When I see a movie a second time I am always thinking about where I was and who I was with the first time. And Mom and I aren't making those memories anymore. These past two years following her death I have thought of her every time I’ve gone to see a new release, knowing that we’ll never see another one together. She would have loved Frozen, which I saw on the first anniversary of her death. It featured not only wonderful music and beautiful animation but also a strong message about sisterhood that I know she would have appreciated. Disney movies, she would have told me dryly, had come a long way since she was a kid.

Today she would have cried at the new trailer for The Little Prince, which I watched this morning at the same desk that holds my mother’s picture. (You will tear up at the trailer too. It’s impossible not to.) And I’m pretty sure she would have gone to see The Avengers sequel next Friday, opening night, and called me immediately afterward so we could parse it all out on the phone together.

Instead I’ll be seeing it without Mom, but thinking about her with love every minute, grateful for all the movies we  shared.