WASHINGTON (RNS) In the past week, the Rev. Kelly Brown Douglas, a black Episcopal priest and religion professor at Baltimore’s Goucher College, joined students as they watched, analyzed and agonized about their city erupting in protest after the death of yet another black man, Freddie Gray, in police custody.

On Friday (May 1), the Baltimore state’s attorney criminally charged six officers involved in Gray’s death and declared his arrest was illegal. 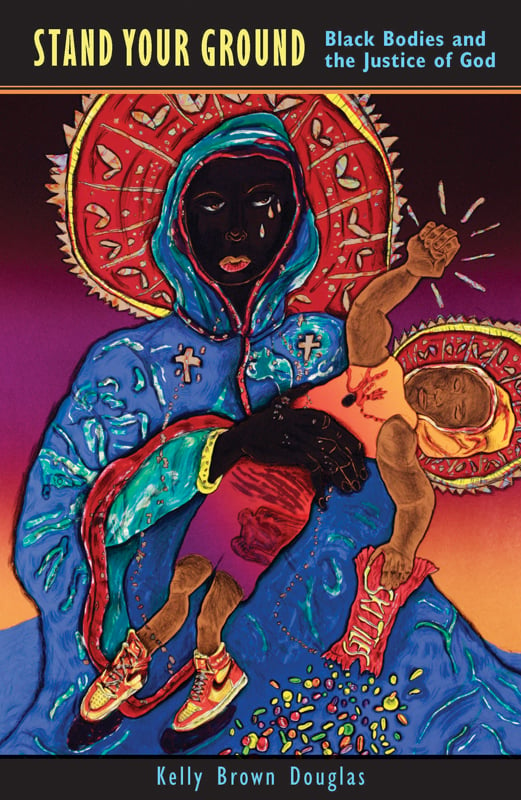 “Stand Your Ground: Black Bodies and the Justice of God” by Kelly Brown Douglas.

Douglas, author of the new book “Stand Your Ground: Black Bodies and the Justice of God,” writes about the death of Florida teen Trayvon Martin, the acquittal of George Zimmerman in his killing, and the deaths of other unarmed black people that followed.

Douglas talked about violence faced by African-Americans and the black church’s response. The interview was edited for length and clarity.

Q: From your perspective as a theologian, what do the deaths of Trayvon Martin, Freddie Gray and other young black people say about our society?

A: They are connected and, in fact, what happened to Trayvon, and now what has happened to Freddie Gray, is really part of a larger history in our society in that we simply have not ever dealt with the issue of race in our society.

We can see throughout history that anytime the black people have enjoyed some measure of increased freedom from the time of emancipation, through Reconstruction, through the civil rights movement, there has been an intense backlash.

Q: Some critics say the black church has become irrelevant to the youth on the streets protesting these deaths. Do you agree?

A: Yes and no. The black church has a role to play and it always has. It’s been that institution that has been a resource of survival as well as resistance and liberation struggles for the black community. The black underclass has been abandoned and the black church has to take some responsibility for that. Too many black people are continuing to be disproportionately victims of intense poverty and entrapped in the inner cities. Not only has our wider society not adequately responded to them but so too has not the religious community. And black youths do feel disaffected from the black church.

Q: You’re in Baltimore. Do you see anything different in how black congregations and their leaders have responded, compared to other cases where black men have died at the hands of the police?

A: What we have seen in Baltimore in particular is that the black community did indeed respond to the black church presence; the black church has been the center of refuge for people within the community that has been most affected by what has gone on by the protests of Freddie Gray.

One of the things in the media was looped images of the rioters. But the image that they weren’t looping continuously was of the black clergy who marched through those neighborhoods on that very night of the riots. Some knelt and prayed, and people respected that and people went home.

Q: You write about the “inherent absurdity in black faith.” What do you mean?

A: There is this certain absurdity of how do you believe in the hope and the justice of God, how do you have any hope in the face of what I call crucifying realities. The paradox of that in Christianity is the cross itself. How do we believe in justice and the kingdom that God promises when you have a crucified savior? And it is because of the cross that black people are able to believe, because they know that the God that died on that cross is one that knows their very suffering. 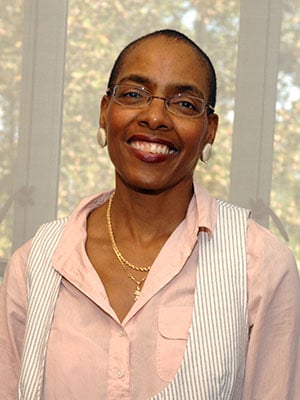 The Rev. Kelly Brown Douglas is the author of “Stand Your Ground: Black Bodies and the Justice of God.” Photo courtesy of Goucher College.

Q: What’s next for churches in Baltimore and across the country?

A: There has to be a conversation that trickles down on every level of our communities in churches locally, in churches nationally, about the injustice that plays out racially. We have to have this conversation so we can begin to change the systems and structures that create the kinds of conditions in which people are forced to live. The church has to take the lead, not follow. It has to begin to be that critical conscience of our country.

Q: Your book will be released on Mother’s Day, and you’re the mother of a 22-year-old son and college student. Do you speak as both a theologian and a mother?

A: Oh, definitely. As President Obama said once, if he had a son, he would look like Trayvon. I do have a son and he does look like Trayvon. When my son leaves my home, I tell him you must be aware of how you’re perceived and if the police ever stop you — even if you think that that stop is for no other reason than the fact that you are black — I tell him: “I don’t care if they tell you to get on your knees. You get on your knees because in that moment of humiliation you can save your life.” 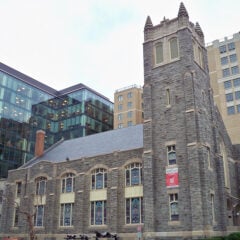