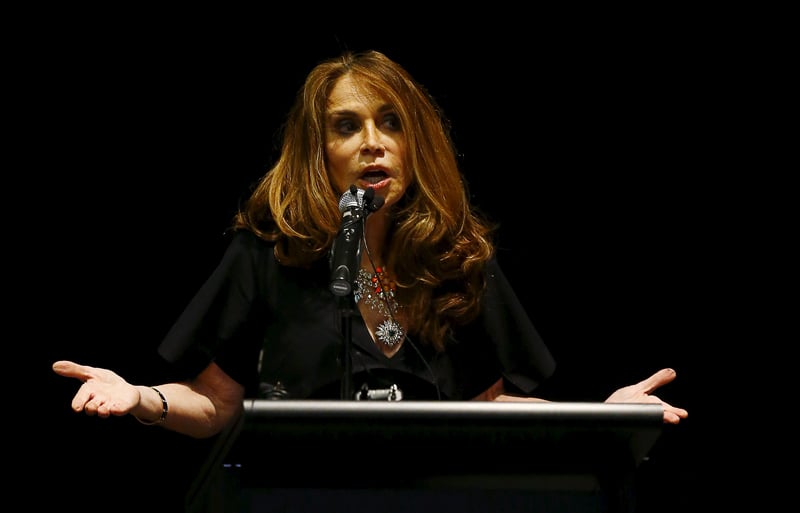 Political blogger Pamela Geller, American Freedom Defense Initiative’s Houston-based founder, speaks at the Muhammad Art Exhibit and Contest in Garland, Texas, on Sunday (May 3, 2015). Two gunmen opened fire outside the building that evening and were shot dead by police, city officials and police said. Photo courtesy of REUTERS/Mike Stone
*Editors: This photo may only be republished with RNS-LAWRENCE-COLUMN, originally transmitted on May 6, 2015.

(RNS) Can poetry be an antidote to poison? Can it provide an alternative to the jihad of Pamela Geller?

A life without His love is nothing but slow death.
The sum total of love is but three words:
I-burn, I-burn, I-burn.

These verses come from the 13th-century whirling dervish, Rumi. The fire that burns also gives life in the logic of love-induced immolation that Muslims call Sufism. Its opposite is the fire that comes from the end of a gun barrel or a detonated bomb that takes a life; such is the logic of hate-induced terror that some Muslims call jihad.

For true Sufis, the first fire is the only fire, since it requires the greater struggle, also known as jihad (jihad al-akbar): to conquer one’s self.

For Geller, as for Ayaan Hirsi Ali, it is only the second fire that matters. Jihad takes but one form: warfare in the name of Allah. The God of Islam produces hate, not love. His fire brings horror rather than hope: Its flames neither thrill nor elevate; they only kill and decimate.

In 2015 we witness a growing imbalance of imagery, perception and practices of Allah sweeping across the Atlantic, from Western Europe to North America. Charlie Hebdo inaugurated the New Year with death and carnage in Paris, then Copenhagen. There was no immediate copycat in the U.S. till  the shootings in Garland, Texas, last week.

Not that negative sound bites about Islam have been absent. Hirsi Ali’s latest screed, “Heretic,” received more than the expected favorable features and reviews from Fox News, The Wall Street Journal and NPR’s Diane Rehm Show. An alluring presence, Hirsi Ali is shy on facts but near perfect in affect: Time and again she says nothing with a convincing smile; her acolytes applaud.

Geller, by contrast, imitates the French extremist Jean-Marie Le Pen. No smiles, just grimaces; the more outrageous the claim, the more tenacious its defense. In 2009 she opposed a mosque project for Ground Zero.

What is missing in these made for media histrionics is the Allah of history, etched in the Quran and replete in the lives of everyday Muslims, from Arabia to America, across Africa, Asia and also Europe. The Allah of piety and poetry, of table talk and critical life decisions, is also the Allah defined, above all, by mercy. The opening words of the Quran announce: In the Name of God, the All Merciful, Always Merciful.

While echoes of that Allah resound through the corridors of time and in the daily acts of millions of Muslims, they have been drowned out in 2015 by provocateurs — first Charlie Hebdo terrorists, and then the respondents to Geller’s parlor game in Garland. Hers is a charade of free speech, a mockery of democratic values. If ISIS hates the West, Geller provides its mirror image: hatred of Islam.

Recently a New York court allowed her to continue to garnish buses and subways with a poster that read: “Killing Jews is Worship that draws us close to Allah. That’s His Jihad. What’s yours?”

If it weren’t so incendiary, it would be ludicrous, but its consequences are far from funny. It’s important to distinguish true Islam from Geller’s barbs, but also her assault from Hirsi Ali’s.

One can disagree with Hirsi Ali in a civil forum. While she panders to a level of fear about Islam and Muslims, at home and abroad, she also tries to reconstruct the “good” Muslim as part of humanity.

There is no humanity in those whom Geller decries. They are subhuman beasts, worthy of any assault, whether a punitive police or all-out military action. Jihad for Geller can never encompass the self-denying, ever-burning Sufi adept. Jihad is only and always the blinkered savages who hate us; they use jihad as both instrument and pretext for endless war. Hers is a responsive jihad, to equal their hate with her hate, matching their physical violence with her verbal violence. 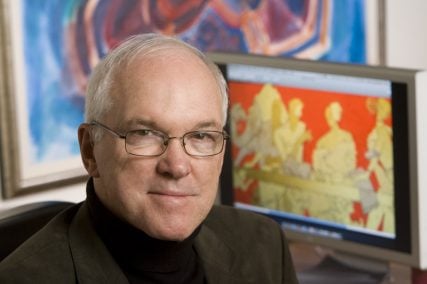 There is more than a minor difference between free speech badly performed and public space consciously subverted. Hirsi Ali upholds free speech yet undermines its practice, never granting her opponents a grain of truth. Geller, however, has made as her modus operandi the repeated abuse of public space for dissemination of her vitriolic message.

The true lovers of Islam, like Rumi, twist and turn, twirl and burn for Allah. The free-speech jihadis, led by Geller, fume and bluster, excoriate and desecrate. Absent love, they lust for fame, to see their names in headlines yet again, a trophy of ill gain, their only glory but a fleeting fantasy.

(Bruce B. Lawrence is emeritus professor of Islamic studies at Duke University and author of the book “Who Is Allah?”)

Islam Beyond Phobia
The world united to pray to save the boy in the well. Why not children who die in war?