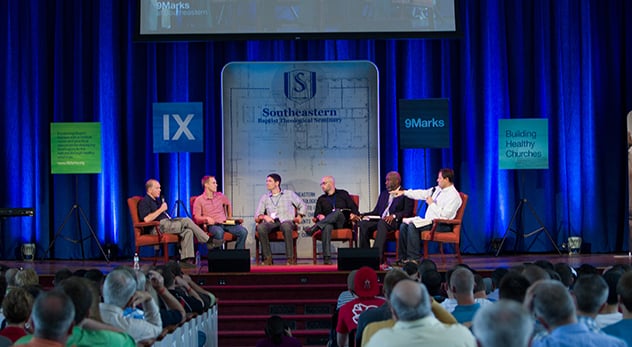 When Karen Hinkley decided to have her marriage annulled, she had no idea it would lead to a public shaming from one of the largest mega-churches in America.

While no major religious polling organizations posses recent data on how many American churches utilize similar discipline procedures, many believe the number is growing, particularly among conservative congregations. As more cases come to light over time, they raise questions about the biblical basis and legal implications of such practices. Are these churches doing their best to care for their flocks or are crossing a ethical line?

Jonathan Leeman is author of “Church Discipline: How the Church Protects the Name of Jesus” and editorial director of 9 Marks, a Washington D.C.-based ministry that believes rigorous church discipline is one of the nine central components that comprise a “biblical church.” He says that if a church member is found to be participating in unrepentant, outward, and significant sins, the congregation should enact discipline. This may include excommunication or public disclosure of their situation, but usually it only requires personally confronting the sinner.

“In one sense, 99 percent of the discipline that happens in the church never reaches the whole church. It should be two loving friends talking to each other,” Leeman says. “If you don’t have a culture of discipleship and transparency and relationships where it is normal to speak into one another’s lives, then you probably shouldn’t be pursuing public excommunication.”

The purpose of church discipline, according to Leeman, is to protect Jesus’ name, show redemptive love for the sinner, and warn the broader church against a greater judgment in the afterlife. But he also readily admits that church discipline can become authoritarian and abusive.

For examples of abusive situations, church discipline critics have more than a few prominent examples. Former Seattle-based pastor Mark Driscoll oversaw the public shunning of members who were deemed to be in sin, a practice that contributed to his later resignation. Chicago-area pastor James MacDonald was recently forced to apologize for harsh disciplinary actions that included slandering three church leaders as “false messengers.” Several popular blogs including “The Wartburg Watch” and Patheos’ Warren Throckmorton have compiled dozens of additional tales of abuse.

“The abuse of authority, we believe, is a particularly heinous sin because it lies about God and his good authority,” says Leeman. “[But] you don’t throw the baby out with the bathwater because someone has been a part of an abusive situation in the past….We should look to the bible and ask how to practice it in a healthy and balanced manner.”

But church discipline critics claim that abuse is the rule rather than the exception, and they argue that the Bible doesn’t teach church discipline as it is commonly practiced. Wade Burleson, pastor of Emmanuel Baptist Church in Enid, Oklahoma says it looks more like helping alcoholics overcome addiction than heaping public shaming on those going through a divorce.

“Church discipline doesn’t mean kicking people out when they fail,” he says, “it means loving people enough to walk with them through their valleys.”

Burleson believes the trend in church discipline is the result of a growing misunderstanding about the kind of leadership Jesus taught—a type focused on service rather than power. As support, he cites Jesus’ words in Matthew 20:

“In the body of Christ, the only authority over people is Jesus Christ—period. Everyone else serves according to their giftedness, calling, and love,” Burleson says. “But we have created institutions where men exercise authority over God’s people even though Jesus clearly taught that it was not to be this way among us.”

While Burleson’s words may appeal to the many who prefer the Pope Francis-esque “who am I to judge” approach, church discipline proponents seem to have more momentum in the broader culture. 9 Marks, for example, hosts conferences around the globe, has published dozens of books, operates on a nearly $1 million annual budget, and maintains a staff of five full-time and one part-time employee. Between 3,000 and 4,000 congregations nationwide are affiliated with the ministry. Many similar ministries to IX Marks—including pastor John MacArthur’s $19 million-a-year “Grace to You” ministry and the 500+ church Acts 29 network—promote similar teachings and are also thriving.

Those who promote rigorous church discipline say they have history on their side, and they are at least partially correct. As Drew University ethics professor Thomas Oden has noted, “the historical norm for church discipline has held reasonably firm for 18 centuries.” But a closer look also reveals that popular notions of ecclesial discipline have morphed over time. When Christians speak of church discipline today, they may not be referring to the same practices as those who’ve come before them. Even the most rigid disciplinarian Christians today would not condone behaviors reminiscent of American witch hunts or the Spanish Inquisition, two commonly cited examples of church discipline abuse.

Randall Balmer, a professor of American religious history at Dartmouth College and author of “The Making of Evangelicalism,” recalls examples of public heresy trials that had implications for inclusion in the church and even an individual’s job security. The penalty for disobeying the church’s teachings during certain periods in America was quite severe.

“Puritans were very good at drawing lines and drawing boundaries in its initial years of settlement,” Balmer says. “The puritan model is to put people in the town square or the village green in the stocks as a way of shaming the individual.”

Though most wooden stocks have been moved to museums, some modern churches may be returning to a more Puritan-style model that utilize formal tribunals and public, punitive discipline to deal with wayward congregants. But the world has changed much since the first Puritans held sway in America. Public behaviors now often have legal implications.