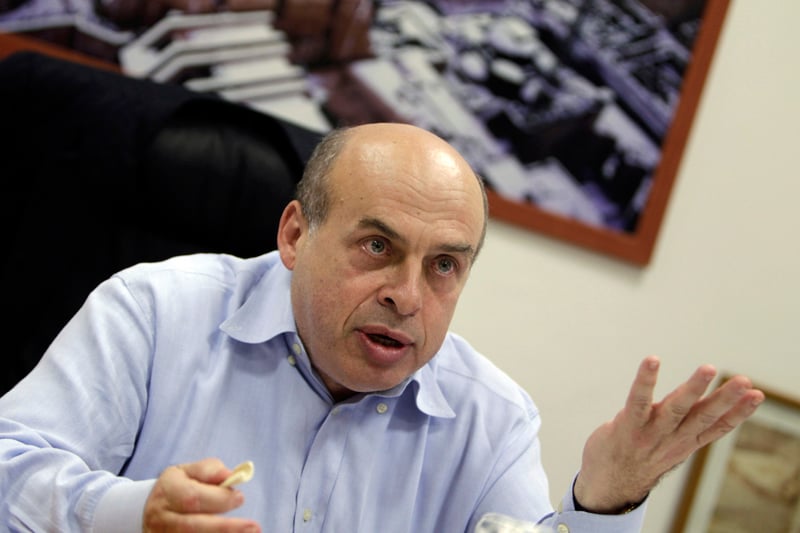 Jewish Agency chairman and ex-Soviet dissident Natan Sharansky gestures as he speaks during an interview in Jerusalem on February 9, 2011. Photo courtesy of REUTERS/Ammar Awad *Editors: This photo may only be republished with RNS-CONVERSION-ISRAEL, originally transmitted on July 6, 2015.
July 6, 2015
Michele Chabin

Jewish Agency chairman and ex-Soviet dissident Natan Sharansky gestures as he speaks during an interview in Jerusalem on February 9, 2011. Photo courtesy of REUTERS/Ammar Awad
*Editors: This photo may only be republished with RNS-CONVERSION-ISRAEL, originally transmitted on July 6, 2015.

JERUSALEM (RNS) Israeli rights activists say the decision by Israel's cabinet Sunday to nix the establishment of local conversion courts is a blow to religious freedom.

Sunday's vote overturned a November 2014 vote by the previous cabinet, approved but never passed into law, to provide prospective converts with an alternative to the ultra-strict courts of the Chief Rabbinate.

Prime Minister Benjamin Netanyahu called for new elections before the November decision was passed into law, paving the way for Sunday's vote.

This week's cabinet vote was the first of what promises to be a string of attempts by ultra-Orthodox lawmakers to reverse progressive legislation introduced by the last government, whose cabinet included no ultra-Orthodox parties.

These parties joined Netanyahu's coalition after the March 2015 election on condition that he support their efforts to roll back the recent reforms.

Ultra-Orthodox lawmakers have also vowed to overturn a groundbreaking draft law that stripped adult yeshiva students of their automatic military exemptions and hope to reinstate lost funding for their institutions.

Natan Sharansky, chairman of the Jewish Agency and a longtime advocate for a more moderate Orthodox conversion process, said the agency “deeply regrets” the cabinet's decision.

"The establishment of the local courts sought to address the needs of tens of thousands of immigrants and their children who require conversion due to their desire to join the Jewish people in a more complete and recognized manner,” he said.

The Jewish Agency has facilitated the immigration of Russian immigrants eligible for Israeli citizenship but whose Jewish status is not recognized by the Chief Rabbinate.

Sharansky said the agency “cannot accept the fact that a matter so vital to the future of the Jewish people and to Israel's existence as a Jewish state is subject entirely to the configuration of the coalition at any given time and to government decisions adopted and then canceled after each election cycle.”