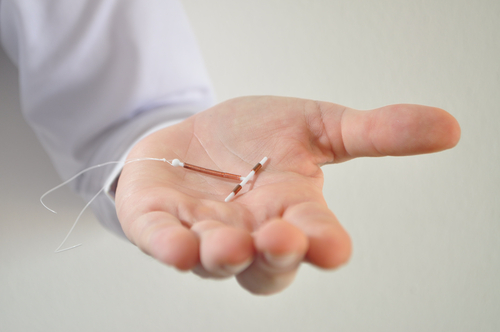 Started in 2009 with an anonymous private grant, the state-run Colorado Family Planning Initiative gave free or reduced-price IUDs or implantable birth control to more than 30,000 women.

Started in 2009 with an anonymous private grant, the state-run Colorado Family Planning Initiative gave free or reduced-price IUDs or implantable birth control to more than 30,000 women. During that period, births to teen mothers dropped by 40 percent and abortions dropped 35 percent, the state said. Armed with a national award for excellence, state health officials asked lawmakers this spring to provide $5 million to keep it going but were rebuffed.

Colorado officials say the program saved taxpayers $80 million in Medicaid costs they would have otherwise paid to care for new mothers and their children. Colorado Department of Public Health & Environment on July 1 formally asked the public for money to keep CFPI going.

"Making sure Colorado women have access to safe and effective contraception is an investment in their futures and ours," Dr. Larry Wolk, the CDPHE executive director and the state's chief medical officer, said in a statement.

Critics of the state funding for the program say national teen birth and abortion rates have been falling nearly as sharply as Colorado's. Abortion opponents often criticize IUDs as "abortifacients" because in rare cases an egg can become fertilized but not implant.

Across the United States teen births have reached historically low levels, according to Bill Albert, chief program officer at the National Campaign to Prevent Teen and Unplanned Pregnancy. He said says a combination of "less sex and more contraception are driving rates down."

"Before if you wanted to avoid pregnancy, you take a pill every day at nine a.m. or use condoms correctly every time," Albert said. "It required a game-time decision. With the IUD and implant, it completely changes the default. Now if you want to get pregnant you have to see a medical professional to get it removed."

According to the CDC, long-acting reversible contraceptives have a failure rate of less than one percent.

Colorado Family Action, which opposed state funding for the program, said using taxpayer dollars would have inappropriately inserted the government between children and their parents.

"We believe that offering contraceptives to teens, especially long-acting reversible contraceptives, while it may prevent pregnancy, does not help them understand the risks that come with sexual activities," CFA said in a statement. "We should not remove parents from the equation -- equipping teens for safe sex without their parent's involvement bypasses this critical parental right and responsibility. Parents need to be the primary educator when it comes to sexual education and the primary decision about healthcare choices for their children. Lastly, Colorado taxpayers should not be paying for the 'Cadillac' of birth control for minor children."

Wolk said CFPI was effective because it also trained doctors on how to insert IUDs.

"Many primary-care physicians aren't necessarily trained in how easy it is to insert an IUD compared to writing a prescription for birth control," Wolk said. "We want to expand the training, so when young women make the decision, they can have insertions done then and there without waiting for a doctor to order one."