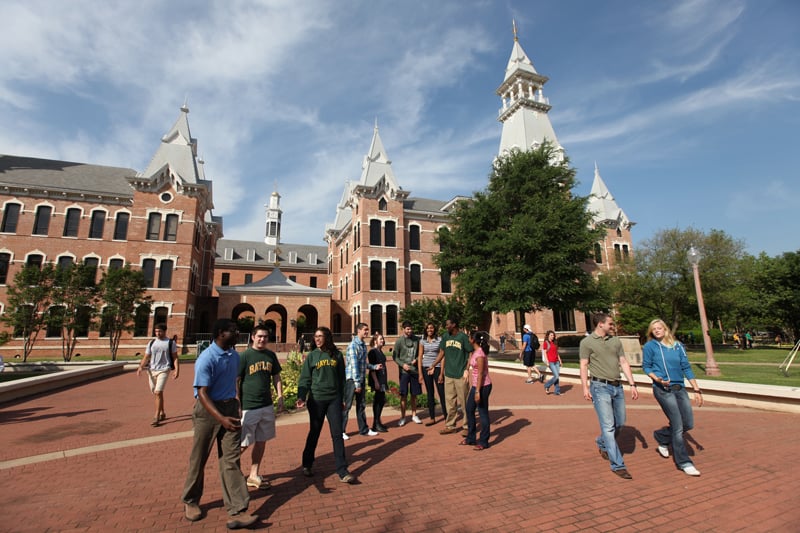 Earlier this year, Baylor University made a discreet change to its sexual misconduct policy by removing a line regarding “homosexual acts.”  While some may see this as a small step toward equality at the world’s largest Baptist school, the university has not expressed its approval of gay and lesbian couples.

But on May 15, 2015, the school’s board of regents endorsed a different policy that does not mention homosexuality — or any act of sexual misconduct — explicitly.

In an email to USA TODAY College, university spokeswoman Lori Fogleman says that “an organized effort to review and keep current Baylor’s policies began to ensure that the university has the necessary policies and processes in place to comply with the many legal and ethical mandates to which universities are subject as institutions.”

As of now, the new school policy says: “Baylor will be guided by the biblical understanding that human sexuality is a gift from God and that physical sexual intimacy is to be expressed in the context of marital fidelity. Thus, it is expected that Baylor students, faculty and staff will engage in behaviors consistent with this understanding of human sexuality.”

“These changes were made because we didn’t believe the language reflected Baylor’s caring community,” Fogleman says. “We are pleased with the recent changes to the policy language and that it states more plainly the expectations of the university.”

But the application section of Baylor’s updated policy maintains that their new message “will be interpreted by the University in a manner consistent with the Baptist Faith and Message of 1963,” which states in the “Family” section that marriage is the “uniting of one man and one woman in covenant commitment for a lifetime.”

The new rule was approved before the U.S. Supreme Court legalized gay marriage nationwide. Fogleman did not comment on whether or not the school supports same-sex relationships or if “homosexual acts” still fall under the school’s code of misconduct. However, she says that a review of Baylor’s sexual conduct policy had been contemplated over the last couple of years.

This is not the first time that the university’s conservative policies have been tested. In 2013, Baylor’s student senate voted to remove the ban on “homosexual acts” and to replace it with “non-marital consensual deviate sexual intercourse.” Furthermore, the school also reportedly had a 151-year-old ban on dancing until 1996 because it was considered “morally harmful” by some Baptists.

Fogleman told the Waco Tribune that the policy was not amended because of pressure from the student senate. Rather, the change was reportedly “part of a larger effort to review and evaluate all university policies and make amendments as deemed necessary.”

But some gay rights advocates say that the change — although vague — may still mean progress for the religious university.

“They have done a lot of incremental changes, which are all good,” Carmen Saenz, chairwoman of a gay community group in Baylor’s hometown of Waco, told the Texas Tribune. “And I think this is just another step in the right direction.”