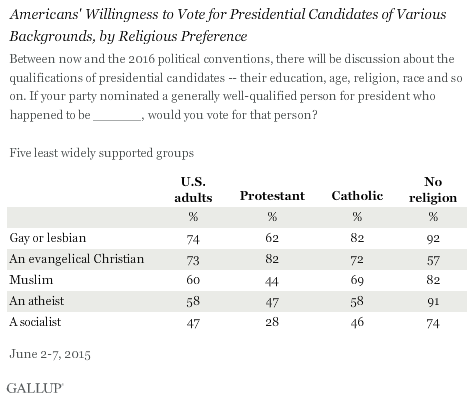 (RNS) A recently released Gallup poll found “tidal shifts” over the past 60 years in Americans’ willingness to support a well-qualified black, female, Catholic or Jewish candidate for president.

But the study also found that 60 percent of Americans would be willing to vote for a president who was a “generally well-qualified person who happened to be Muslim.”

Throughout the month of Ramadan, which concludes Thursday (July 16), American Muslims have been serving their communities — including raising more than $80,000 for black churches burned across the South and serving 1,000 homeless on Skid Row in Los Angeles — public service that they are called by their faith to do. But as they look forward to Eid al-Fitr, the three-day celebration beginning Friday, they are also wondering whether Americans are more willing to accept their service.

“If the 60 percent is to be used as a proxy of acceptance of Muslims, I am encouraged by an upward trajectory,” wrote Saud Anwar, the mayor of South Windsor, Conn., and that state’s first Muslim mayor.

Anwar said he believes that “religious labels are less critical” at the local level, where “people have a better opportunity to know a candidate and thus vote based on capacity to do the job and performance.”

In national elections, he said, “the labels may become more important for people.” 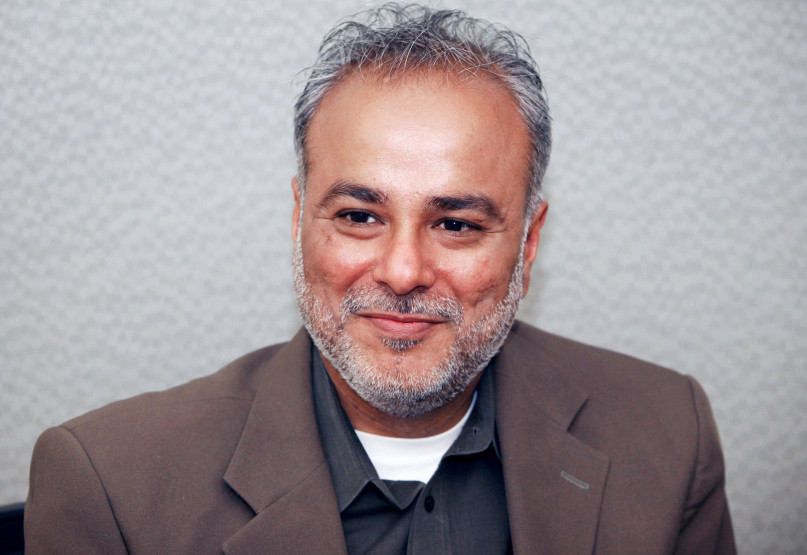 But Amaney Jamal, a professor of politics at Princeton University who’s done significant research on the civic engagement of Muslims and Arabs in the U.S., said the poll also shows how much worse Muslims are doing than other religious and racial groups.

“Sixty percent isn’t a bad number on average,” she said, but when compared with American support for Catholics, blacks, Jews and Mormons — where there’s a 20- to 30-point difference — it’s “troubling.”

The good news is that young people are more willing to vote for a Muslim presidential candidate — 76 percent of 18- to 29-year-olds would, as would 67 percent of 30- to 49-year-olds, according to the poll.

The higher youth numbers she attributes to the likelihood they have had direct daily interactions with a Muslim at work or school. 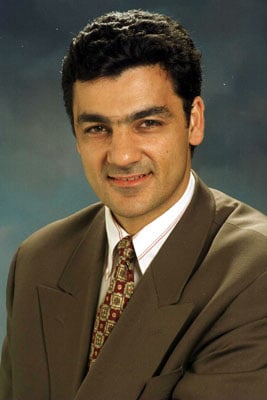 Salam Al-Marayati, executive director of the Muslim Public Affairs Council, said he was struck that Protestants, according to the poll, would be much less likely to support a Muslim candidate (44 percent) than U.S. adults overall.

“The narrative that we are in a religious war with the Middle East I think has an impact on evangelical communities’ views of Muslims,” said Al-Marayati.

Detroit native Rashida Tlaib, a former Democratic state legislator who was the first Muslim woman elected to the Michigan Legislature, said that her main takeaway from the poll was that the majority of Americans do respect people of faith. American support for atheists and socialists was lower. (Fifty-eight percent of Americans would support an atheist for president, and 47 percent a socialist.)

A recent workshop convened by the Institute for Social Policy and Understanding and the Prince Alwaleed Bin Talal Islamic Studies Program at Harvard University found that as more American Muslims enter public service sectors, they are “uniquely positioned to elevate the perception and understanding of Islam and Muslims.” 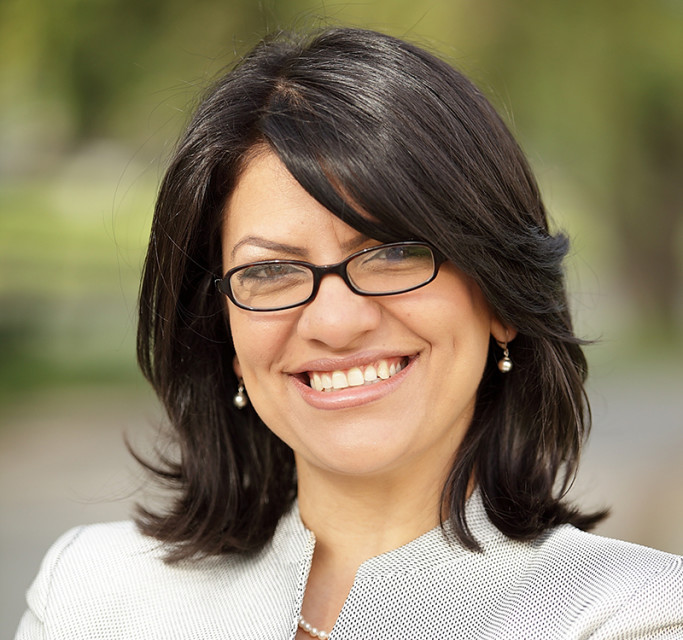 Rashida Tlaib made history in 2008 when she became the first Muslim woman elected to the Michigan House of Representatives. She is now campaign manager for The Campaign to Take on Hate and is community partnerships and development director at the Detroit-based Sugar Law Center for Economic & Social Justice. Photo courtesy of Rashida Tlaib

Tlaib, who continues to be active in public service in her home state — working as a campaign manager for The Campaign to Take on Hate — said there are “definitely not enough Muslims running for office.”

“Some people will go in the military, or be a firefighter or a police officer, or other public service. But I tell you as a public elected official you actually get a much broader blanket of people that you expose your faith to.”

She said American Muslims should “never underestimate the human connection,” explaining that whatever fears her constituents had of Muslims, working on their behalf on day-to-day issues changed that image.

In 2008, former Secretary of State Colin Powell criticized elements of his party for allowing comments that “President Obama is a Muslim” to be answered only with “He is not a Muslim, he’s a Christian. He’s always been Christian.”

“The really right answer,” said Powell, “is, what if he is? Is there something wrong with being a Muslim in this country?” 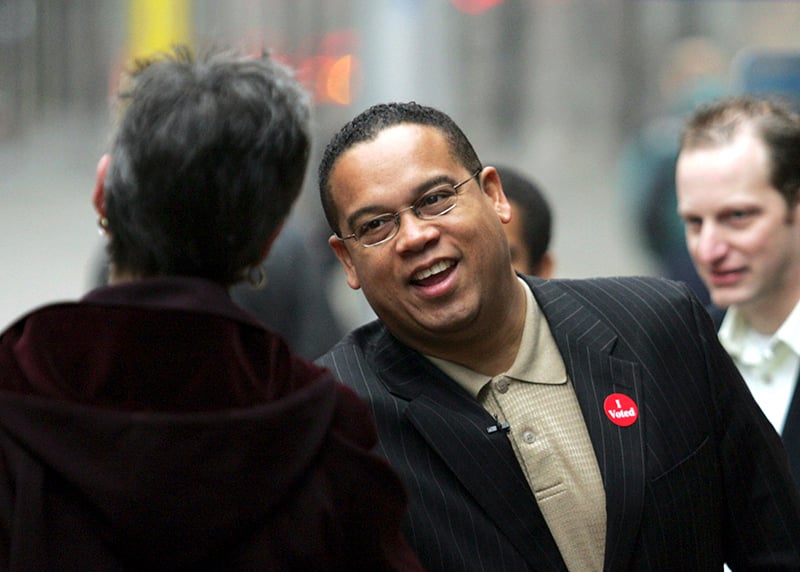 Keith Ellison greets commuters at a light rail stop in Minneapolis on Nov. 7, 2006. Ellison became the first Muslim in Congress as well as the first black representative from Minnesota. Photo courtesy of REUTERS/Eric Miller
*Editors: This photo may only be republished with RNS-MUSLIM-POLL, originally transmitted on July 14, 2015.

But could there be a Muslim president in our lifetime?

“Why not?” said Tlaib, noting that we now have a biracial president.

Al-Maryati said that more important is having a president who demonstrates a commitment to pluralism and who includes Muslims as equal citizens in this country.

“I think if we achieve that, that’s a great achievement for America. That will make America stronger and will make the American Muslim community more secure.”