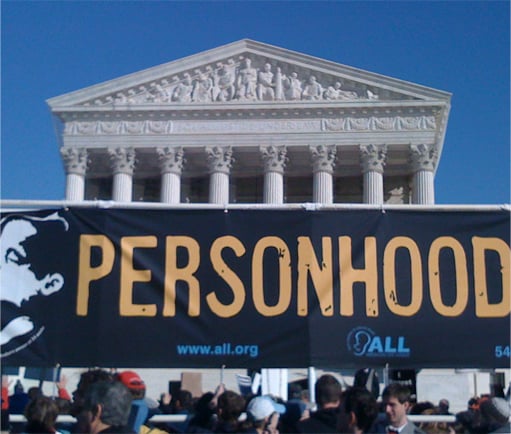 Is a fetus a person? Underlying the furor over Planned Parenthood sending aborted fetal tissue to science for research is an ethical battle over the moral status of the fetus. RNS photo via Wikimedia.

In a flood of outrage over Planned Parenthood videos — executives caught talking callously about supplying fetal tissue for medical research – some key points have washed out of attention, say religious and secular experts.

They also say there may be an unresolvable impasse in the public response: Can or should the leading provider of women’s health care be hobbled or shuttered in a showdown over the moral status of embryonic and fetal life?

“You can’t make this fundamental clash of perspectives go away,” said Tom Beauchamp, Georgetown University professor of philosophy, senior research scholar at the Kennedy Institute of ethics and and co-author of one of the foundational texts in the field, Principles of Biomedical Ethics.

“If you think that, never mind the stage of development from embryo to fetus, this is a human life, a person, and any intervention is an act of killing, it’s an unforgivable crime because a fetus has full moral status including, at the very least, the right not to be killed.”

Neither can an embryo or a section of tissue give informed consent to be used for research — a fundamental ethical requirement, said Beauchamp.

“But if you don’t see this embryo or tissue — whether from an abortion or a miscarriage — as having a moral status, you don’t see the issue of giving consent for its use in research. It’s not a person to you,” he said. “There is no neutral concept of personhood. Everyone picks their starting point.”

The common ground, however, may come if significant treatment or cures are found with fetal tissue research by scientists anywhere in the world.  “Just wait until people need these cures. They won’t say no,” said Beauchamp.

According to the Washington Post, the National Institutes of Health budgeted $76 million dollars for fetal tissue research in 2014 and the roughly same amount for 2015 and for 2016. Grant recipients included scientists at a private company looking at a condition that causes enlarged spleens, HIV research at Massachusetts General Hospital and work on neurodevelopmental disorders at Stanford University. TIME reported that fetal tissue has contributed to vaccines for polio, rubella and chicken pox.

There’s a 25-year history of such research. In 1990, the Journal of the American Medical Association outlined how fetal tissue “has the potential to save lives” and is “derived from elective abortions.”  But it must be used in “a morally acceptable manner” which distinctly separates the decision to have an abortion from consent to donate the resulting tissue.

Federal regulations specify there can be “reasonable payments associated with the transportation, implantation, processing, preservation, quality control, or storage of human fetal tissue.”

No guidelines or codes can suffice for any use of a fetus killed in an elective abortion, said Ron Hamel, who recently retired as senior ethicist for the Catholic Health Association.

“The Church would see what Planned Parenthood is doing as a double indignity to human life. There is both the willing destruction of a life and the sale of the fetal tissue,” Hamel said.

He pointed out that that the sale price – which was strictly to cover costs according to letter from Planned Parenthood to Congress — is irrelevant. Catholic doctrine forbids intentionally killing an embryo or fetus.

But this does not mean the Catholic Church would object to all such research. It all depends on the source.

Hamel said it is ethical at a Catholic health facility for parents to consent to donate remains of a miscarried fetus or an “indirect abortion” — when a fetus is unavoidably harmed during essential treatment to the mother for a life-threatening condition.

Still, it is essential that “fetuses, even dead fetuses, need to be treated with respect and dignity,” at every stage, including burial of the remains after research is completed, said Hamel.

Ethicist Laurie Zoloth, former president of the American Academy of Religion, watched both Planned Parenthood videos at length and was horrified by the “cavalier” way that such a fraught issue was discussed.

READ:  The religious politics of abortion are more nuanced than we think (ANALYSIS)

Were women able to give informed consent based on full information – including the specifics of the procedure and that tissue donated would be used for medical research? Did Planned Parenthood alter its procedures in order to obtain tissue, without making this clear to the client?

“These are all part of clear, transparent informed consent for any surgery and we care a lot about consent,” she said. 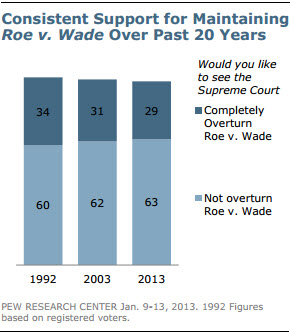 However, Zoloth also sees the Planned Parenthood videos in the context of the anti-abortion rights activists’ campaign pushing to shut the agency down despite “substantial public consensus that abortion should be safe, legal, and rare.” It’s a view she personally shares, coming from a branch of Jewish tradition that permits abortion “under very specific conditions” and the donation of tissue for research.

Like the New York Times editorial writers, who called out lawmakers for “promoting their own anti-choice agenda” and said they “are rewarding deception and putting women’s health and their constitutionally protected rights at risk,” Zoloth does not want to see Planned Parenthood shut down.

Planned Parenthood, which serves one in five U.S. women with reproductive health care, family planning and health screenings including mammograms, is “a necessary place for medical care for millions of women,” Zoloth said.

To survive the crisis, Planned Parenthood will need to follow the same path of repentance every religion outlines — apologize, reform, do better.

“They need to start with a public apology,” said Zoloth. They need to explain exactly what their costs are and give a full accounting of them. There should be some sanctions toward the doctors who spoke on tape. There needs to be clear revision to “never ever” modify a medical procedure. There may be sanctions for the two doctors on the videos. And everyone must be trained to be aware of the moral gravity of their actions.

“If all those things are done, and if there is a true need for the tissue. It is better to donate it than to throw it away,” said Zoloth, who wants to move the public debate to a different framework.

She said, “I wish all those people raising a furor would take all that passion and enthusiasm for the welfare of babies and address it to birth control, nutrition and early childhood education. If you really want to make the world safer and better for women and children, I have a lot of things on my list.”

News
Before there was Roe: Religious debate before high court’s historic ruling on abortion
Follow us on Facebook!
Submit your photos to RNS